Student journalists can ball... well, some of them. 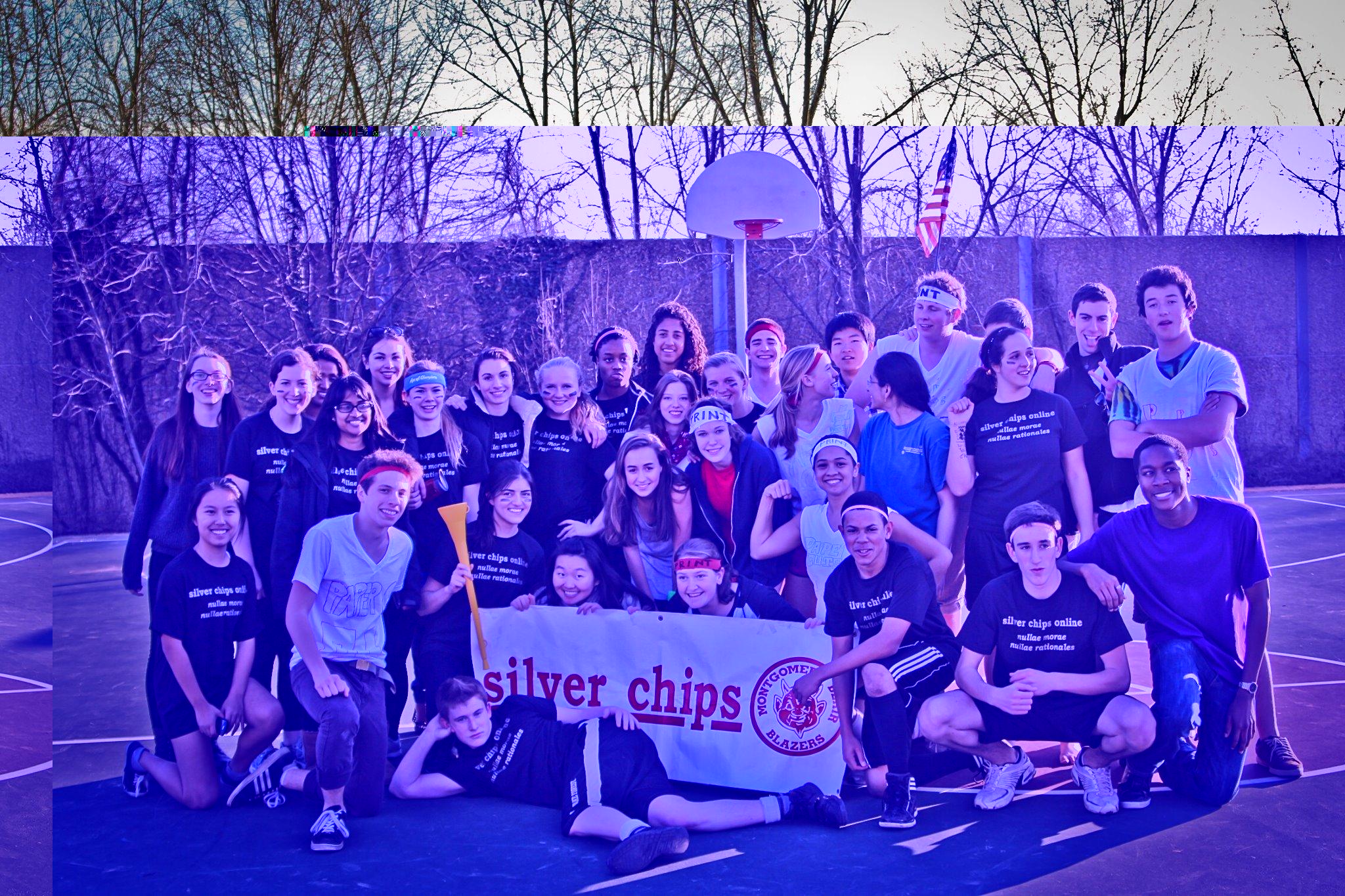 Photo: Online beat Print, but at the end of the day we're all winners!

Photo: Online beat Print, but at the end of the day we're all winners!  Photo courtesy of Emma Howells.

Yeah, that's right. Blair's varsity athletes aren't the only ones who can hoop. On Friday, Feb. 3, the showdown of the century took place on the blacktops adjacent to Blair's track. Online won the game 45-6, finally putting to rest all trash talk coming from the Print side…until 30 seconds after the game ended, when Print started talking smack about how they would smash SCO in kickball this Spring.

OK, so maybe it wasn't the showdown of the century, but the first annual SCO versus Print basketball game was a whole heap of fun for all those playing and all those in attendance. Though lopsided, the score doesn't accurately depict what went down. Print played hard, but simply couldn't get the ball in the basket. Unfortunately for Print staff, that is how you score points in basketball.

Despite the 40-degree weather, fans swarmed the courts on Friday afternoon with signs, vuvuzelas and passion to create a playoff atmosphere that was ripe for a down-to-the-wire game. Unfortunately, spectators would not see a close game or anything resembling a fair competition. 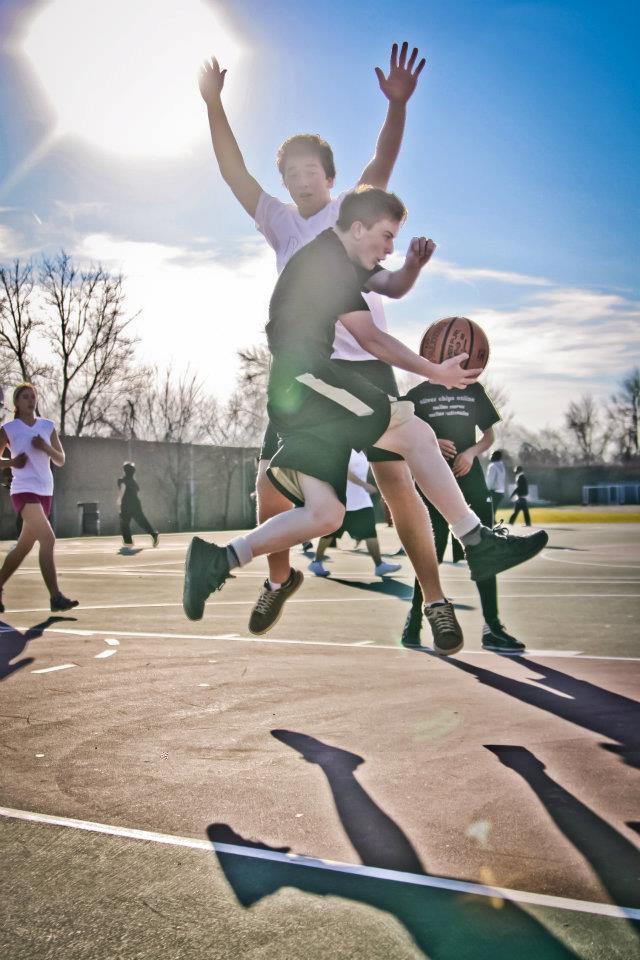 Online was hot from the get-go, getting to the cup with ease and jumping out to a 20-0 lead. Athleticism simply oozes from each player on the SCO staff, from EiCs Margie Fuchs and Melodi Anahtar to Online advisor Michelle Edwards. Senior point guard and sports editor Eli Schwadron (20 points), junior shooting guard Langston Taylor (13 points) and junior forward Jacob Buchholz (12 points) carried the load offensively for Online, but it was the defensive tenacity of junior forward Richard Chen that inspired the team's blowout win. It was unclear whether Chen would even suit up prior to the game, as some Magnet thing somehow took priority over this can't-miss event. Luckily, SCO staffers received this quality e-mail from Chen 24 hours prior to the game: "I CAN COME. SCIENCE BOWL CAN WAIT.” You're darn right the science bowl can wait.

The Print staff did have its moments. Star shooting guard and senior sports editor Claire Sleigh (2 points) cashed in on a four-footer in the second quarter, while Print photography prodigy Tolu Omokehinde (2 points) and sportswriter Josh Schmidt (2 points) hustled and scrapped for every loose ball despite the discouraging score differential. 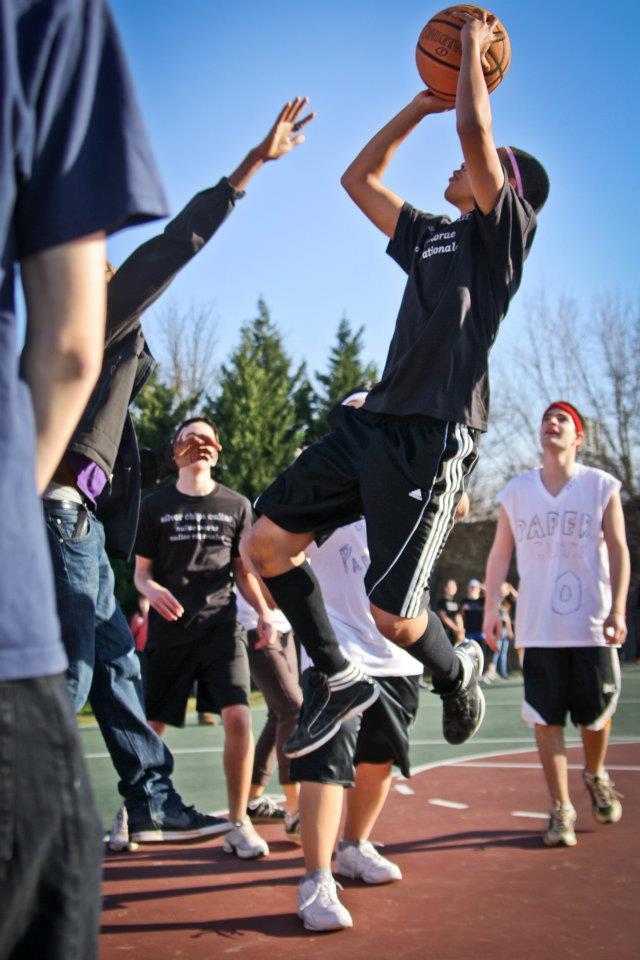 Print also had a tough time containing senior guard and X-factor Allison Daitch (2 points), who hit a beautiful 15-footer to push SCO's lead to… not really sure, because there weren't official scorekeepers. There were discrepancies with the final score as well, with Online insisting on 48-6 while Print argued 45-8. A 45-6 compromise was final agreed upon. Either way, Print lost. By a lot. Like, A LOT.

Other highlights included SCO senior combo guard and expert photographer Emma Lansworth's beautiful rendition of the Star Spangled banner (on the flute!), Schwadron's Steve Nash/Pete Maravich/Rajon Rondo-like assists, and Langston Taylor's earth-shattering block on Omokehinde in the third quarter. Taylor put the icing on the cake with a half-court buzzer beater that sent the crowd into a chaotic frenzy reminiscent of room 165 each time Silver Chips wins a Pacemaker award.

The fact that Online has staffers who actually play basketball probably didn't hurt, either.