Pop sensation's second album is a "monster" of a success

There's no need to put the dancing shoes away - take two, and Gaga is just as good. In Lady Gaga's first album, "The Fame," the pop singer hypnotized the whole world with catchy hits, giving rise to teenagers everywhere belting "Just Dance" and "Papa-paparazzi." Her second album maintains the techno-pop backdrop that shot the singer into superstardom. 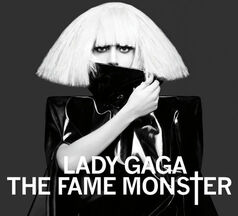 But this time around, Gaga reveals the dark side to life under the spotlight. More goth than mainstream pop, tracks on "The Fame Monster" showcase Gaga as a developing artist, one who takes creative risks by trekking into edgy genres. Although Gaga's second album is less mainstream, her eight new songs show that she's still the superstar we know and love.

"Bad Romance," the first song on "The Fame Monster," has already shot to number two on Billboard's Hot 100 and number 11 on the European Hot 100. Although the song deals with a more sinister topic, the consequences of vengeful love, compared to lighter topics in Gaga's "The Fame," the track is just as appealing as its successful predecessors.

"Bad Romance" evokes '90s synth pop compared to Lady Gaga's usual fare, but nevertheless compels listeners to get up and dance. As Lady Gaga croons, "I want your ugly/ I want your disease," she draws the listener in with powerful vocals. Her seductive voice, coupled with the tantalizing beat in the background, makes for an addicting track, one that is sure to stay in a listener's head for a long time.

Two tracks on "The Fame Monster" that have not flooded the airwaves, but are sure to rival "Bad Romance" are "So Happy I Could Die" and "Monster." Reverting back to Gaga's techno roots, "So Happy I Could Die" is sure to become an instant classic in the clubs. The repetitive chorus mesmerizes the listener immediately while Gaga's husky vocals simultaneously entrance the listener into a state of melodic hypnotism.

On the other hand, the techno track "Monster" is less upbeat. However, Gaga's sinister proclamations, such as "He ate my heart" and the chorus, "That boy is a monster," continue to blow the listener away. The unique combination of Gothic and dance genres is refreshing, providing for a radio-worthy, fist-pumping anthem.

Besides the signature club music and goth-inspired tunes, Gaga chooses to mix up her style in her new album. In "Telephone," a sassy song featuring Beyonce, the two divas pair up for double the damage in an audacious beat that blends Gaga's techno flare with a tinge of Beyonce's hip-hop style. The result is a song that is trendsetting and original. The jazzy ballad "Speechless," another song that deviates from Gaga's usual music, also sheds light on another side of the singer. 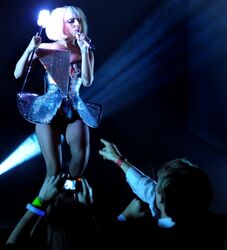 Lady Gaga wrote "Speechless" about her inability to comprehend her father's heart condition, making for a heart-wrenching tribute. With her vocals, which are reminiscent of Christina Aguilera's commanding pipes, Lady Gaga's tender wistfulness and deep melancholy soar through the song. Gaga's strong voice and emotionality are anything but superficial, contrary to her public image. In fact, she is more honest than many of today's pop artists.

Although Gaga's Madonna-inspired Gothic-pop vibe is quite novel compared to the monotonous songs on today's radio, the major fault on her new album stems from the same source - her Gothic style. On the track "Teeth," Lady Gaga sounds disastrously strange because the Gothic sound is so difficult to listen to. Even though Gaga has taken a step artistically in the right direction with tracks like "Teeth," she is at her highest when she sticks to what she knows best - robust vocals and catchy techno beats.

"The Fame Monster" is not perfect. Fans seeking for depth in lyrics will come away from the songs disappointed. What's more, on more than one occasion, the Gothic vibe is unfavorable, even though adjusting to the new genre can be done with listening and re-listening. Even so, "The Fame Monster" is not a terrifying beast, but a beautiful collection of Gaga's treasure chest of strengths. The album brings with full force Gaga's punching vocals and ingenuity, as well as her knack for successful, radio-hit wonders. Move over Madonna - Gaga is in the house.