Reginald Martinez "Reggie" Jackson, the former New York Yankee who fans dubbed "Mr. October" after several successful postseason performances, is going to have to change his name. This year, the World Series spilled over into November, an event that is not startling on its own but is emblematic of a greater problem in sports: financial decisions that will increase a sport's revenue but decrease its quality, specifically through unnecessary season extensions. Although Major League Baseball (MLB) executives are pushing next year's series back into October, the symptom has spread to the National Football League (NFL) and the disease runs unchecked through the mentality of many more sports. 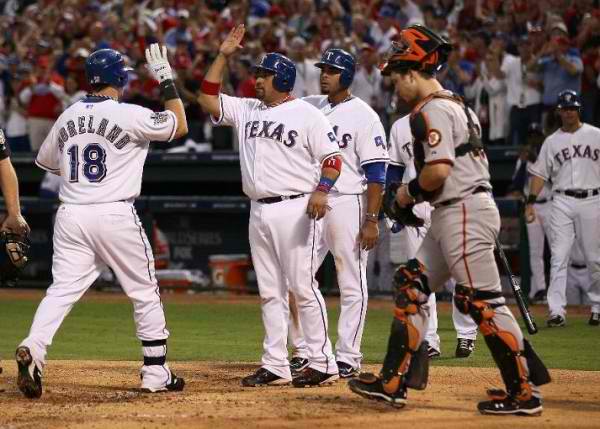 Photo: This year's world series was the second in a row to go into Novembe

Photo: This year's world series was the second in a row to go into Novembe

In the infancy years of MLB, the postseason consisted of one playoff team from the American League and the National League, and those two teams played each other in the World Series. Then in 1969, each league split into two divisions and the playoffs expanded into two rounds; in 1993 each league was split into three divisions. That and the addition of the Wild Card ledt to the playoffs adding adding another round, to bring its total to three. As for the regular season, the American League added six games to their regular season in 1961, and the National League followed suit the year after.

This trend towards expansion is not unique to baseball. The NBA has taken a much more circuitous route to the same place; though at one point number of playoff teams was cut from twelve to six, the number has risen again to twelve and there is discussion of adding two more teams. The extension has been gradual, but its results are undeniable.

Much of this expansion is merely a function of sports' growing importance in the lives of Americans over the decades, a natural progression that comes with any evolution. The problem, though, is when the sport becomes expanded to the point where it hurts the game and its players. However, outcry against this is unlikely because game executives and even the athletes themselves understand that a longer season means more money for them.

The other costs of this expansion are less tangible, but no less important. Baseball, for example, is not a cold weather sport and companies are now creating entire lines of gear devoted to minimizing the cold's effect on the players. In addition, cold increases the resistance against any ball, and extended seasons mean more games where the circumstances prevent the best possible game play.

More than anything, the joy in sports comes from anticipation. An avid sports fan's countdown to opening day is like a small child's countdown to Christmas. All the hope and expectations, the product of weeks of waiting, make the entire season more memorable and fun. If seasons are overextended that sense of expectancy will cheapen and fade, and that would be the worst loss of all.