Getting ready for a little "situation"

It's been confirmed that Nicole "Snooki” Polizzi is pregnant and engaged

Nicole "Snooki" Polizzi is reality television's ultimate guilty pleasure. She's a guidette, everything she says is quotable and now she's a… soon-to-be mother? 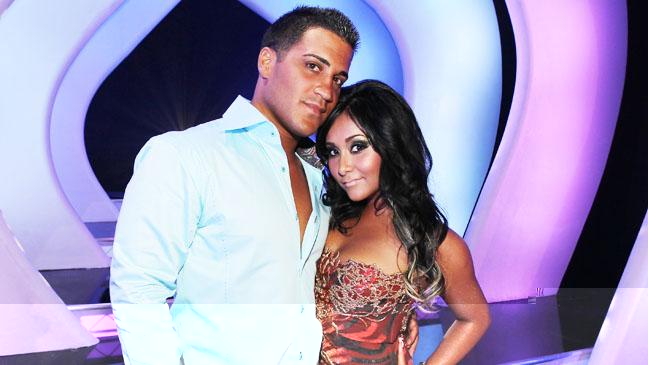 Photo: Nicole "Snooki" Polizzi and fiancé Jionni LaValle are expecting a little one this December.

Photo: Nicole "Snooki" Polizzi and fiancé Jionni LaValle are expecting a little one this December. Photo courtesy of hollywoodreporter.com .

MTV News has confirmed that the diva is pregnant but is hiding her pregnancy from the public. Polizzi also reportedly brokered a deal with US Weekly to announce the news of her baby on the front cover of their magazine, but evidence of the pregnancy is getting out quicker than Polizzi planned. While the producers of "Jersey Shore" are worried about their ratings going down, the rest of society is worried about the potential repercussions that a mini-Snooki could have on the world.

In addition, MTV News has confirmed the rumors that Polizzi is engaged to boyfriend Jionni LaValle. Polizzi was spotted flashing what appears to be an engagement ring this past week. In mid-January, Polizzi told People magazine, "I know that he's the one, so I know the ring's going to come soon."

Well, that ring is here, and it's attracting a lot of attention. Reporters are going crazy trying to get a quote from Polizzi concerning the pregnancy and/or the engagement, but for now, they have to settle for MTV releases and pictures of Snooki with a slightly larger stomach and a ring.

Leopard print and sequins aside, people are seriously worried about Polizzi's parenting skills. The main reason why she became a reality television star in the first place was because of her partying habits. She also provides profound explanations for the most difficult aspects of life, including, "Life is tough enough. Might as well do the easy stuff to make yourself feel better."

Is Polizzi really cut out to be a nurturing mother who will put aside her partying for this baby? While the answer to this remains unknown, it's a fact that Polizzi's child will be one to look out for in the streets of Seaside Heights.

We do have to give Polizzi some credit, though. She has settled down with one man and has obviously put some thought into having kids. In 2010, she told E! News that she wanted two children, a boy and a girl, who would be named "Isabella and Frankie." Only time will tell what Polizzi has in store for this baby, and people can't wait to hear what she has to say about changing diapers and getting drooled on.