Girl Up prepares for talent show

The club hopes to highlight unconventional Blazer talents during the event

Every year, the Girl Up club raises money for organizations focusing on women's issues around the world through its bake sales and bracelet fundraiser. This year, the club is introducing a new event: a Blair talent show.

Club members have been planning this contest for months, starting at the beginning of the school year. Senior officer Cindy Depenyou was particularly excited to run the talent show. "I was very active about making the talent show happen because I've always dreamed of having a Blair talent show. We started planning it when the club started back up," Depenyou says. 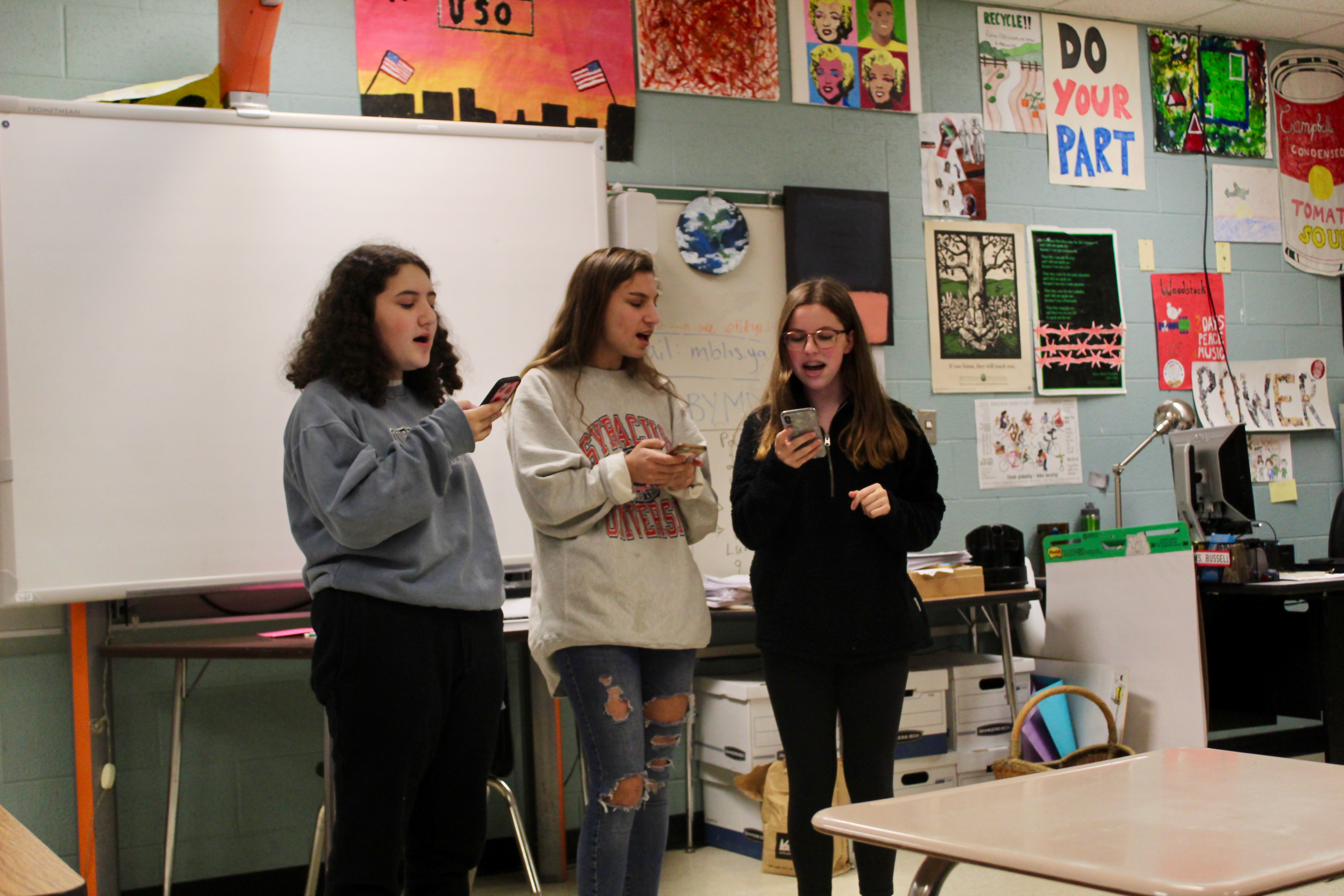 Photo: A group of Blair students audition for the Girl Up talent show (courtesy of Isabelle Megosh).

Photo: A group of Blair students audition for the Girl Up talent show (courtesy of Isabelle Megosh).

Girl Up has raised money for charities through bake sales and bracelet fundraisers but feels it is important to give back to the Blair community through these events. Club sponsor Alison Russell wants to find a way to both raise money for the club's causes as well as actively engage the school. "With fundraisers, people come by but it doesn't necessarily give back to the school. This seemed like a good way to raise awareness for the club and get more people throughout the school involved," Russell says.

Girl Up is hoping to give a stage for Blazers who have unconventional talents that might get a chance to shine in the settings of Blair's Open Mic or in the plays and musicals. "What I want is just different, diverse talents. I want to see cool, creative stuff that you don't really see. We accept anything, all sorts of talents, we just want people to come out and express themselves," Depenyou says.

The club is accepting all types of acts, from singers and dancers to contortionists and kazoo players. The group also wants to emphasize that all students are welcome to enter, regardless of gender. Auditions for the talent show will be continuing this week and students interested can sign up with this link.

Advertisements for the talent show have varied through word of mouth, Infoflow announcements and Instagram posts. Girl Up members want to make sure that Blazers are aware of and encouraged to enter the competition. Junior club member Liv Dussere understands that many Blazers may not pay attention to some forms of the club's advertising and wants to make sure students find out about the event. "We wanted to publicize on as many different platforms as possible, so we thought that social media would also be a good way to reach our students," Dussere explains.

The prizes for the winners of the talent show are also intended to reel in curious students who may want to be in the show. The first-place prize will be a 30 dollar Visa gift card, while the second-place winner will get a 15 dollar Visa gift card. Club members went through deliberations on what type of gift card would be given but ultimately settled on the Visa gift cards since students will be able to buy whatever they choose and not be boxed in by a gift card that can only be redeemed at one store.

While some of those who enter the talent show will be motivated by the prize money, others are entering to support the Girl Up club itself. Senior Caitlyn Forté knows a few Girl Up members and feels it is important to help the club. "I thought it would be fun and my friends encouraged me to do it because they're in Girl Up and I want to support Girl Up," Forté says, planning to enter the talent show. Others want to show their talent in front of a crowd. Senior Alex Browning does not typically get a chance to show her passion for dancing and is looking forward to the talent show. "It's exciting because I can show off a talent that I don't show off often so it's nice to perform," Browning says.

The club will be selling tickets for five dollars without a student ID and three dollars for those with a student ID. Members will also be selling baked goods and bracelets. The proceeds will be going to a charity helping women and girls. "We're going to be donating the proceeds to a nonprofit organization that supports women, which is kind of the base of our club, advocating for women's rights and just supporting women," Depenyou says.

Ultimately, the club hopes that Blazers will enjoy the event and learn more about the outreach Girl Up does. "I'd like it to be a fun way to interact with the Blair community and for a lot of people at Blair to come together and just have a good time. But I also hope that people can feel good about themselves for helping out whatever charity we decide to donate to," Dussere says.

Those involved in Girl Up look forward to this talent show becoming the first of many in the coming years. "I hope that over time, this will be an institution at Blair where students can have another opportunity to show off all the great things students do," Russell says.