A look into the girl empowerment clubs at Blair

Women have been historically underrepresented in the workforce and have had fight for basic rights. Despite the recent push for women's advocacy, girls today still face many challenges. Only 24% of the STEM workforce is comprised of women. Many women also have to deal with sexual harassment, pregnancy discrimination, and unequal pay— and these are just the main issues for women in first world countries. Women in third world countries are still fighting for their rights and equal access to education. Girl Up, Code Girls and Women's Advocacy are three clubs at Blair that are trying to make the world a better place to be a girl. 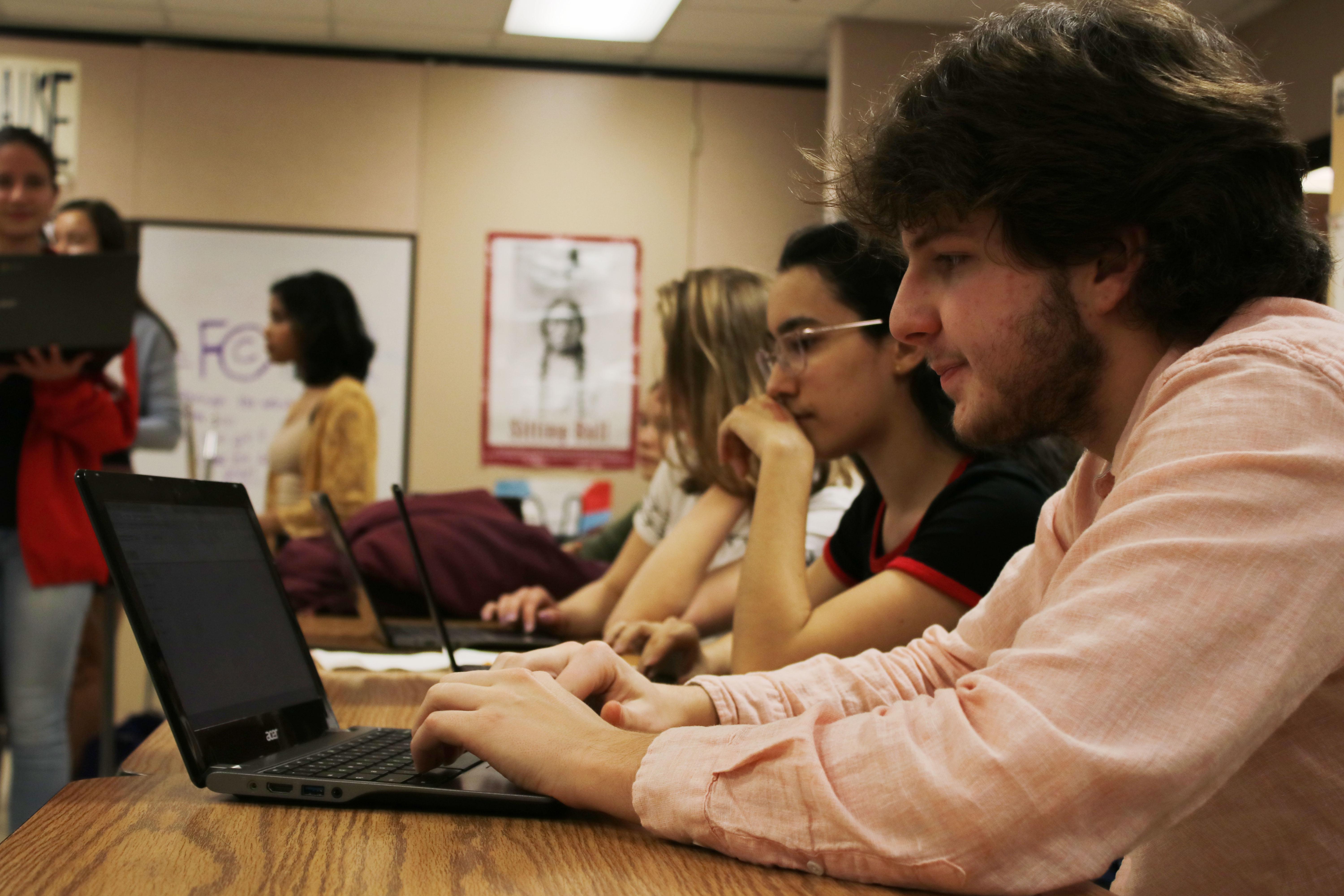 Girl UpGirl Up is club at Blair that aims to empower women. Girl Up is a large overhead organization partnered with the UN. Their goal is to empower women living in impoverished areas where it's hard to be girls. Three years ago, senior co-Presidents Suraya Muhammed and Abby Landsman decided to start a Girl Upchapter at Blair. The club has grown from a small group of six to over 30 members.

The club hosts several advocacy trainings, guest speakers and fundraising events throughout the year. "We are really trying to inspire club members to believe that they can make a difference in the world, starting out small, but making a real impact," explains co-event Chair Amy Krimm. Usually, the meetings start off with icebreakers. The club presidents then give a presentation on the topic of the day. The club is working on an Advocacy Boot Camp which focuses on teaching members how to call Senators and practices what would happen in in-person meetings on Capitol Hill. Girl Up hosts several fundraisers throughout the year in addition to the meetings.

One fundraiser that the club has been doing for the past two years is the bracelet fundraiser. Through this fundraiser, the club has been able to send 15 girls in Uganda to school. Money from the fundraiser has also gone to a program called School Cycle that helps provide bikes to girls in Guatemala and Malawi so that they have a safer way to get to school. Girl Up is paving the way to make the world a better place for girls.

One of the great parts about Girl Up is that you can see the impact of your hard work. "My favorite part of Girl Up is that you can see a tangible difference that you are making," says Krimm. After sending 15 girls to Uganda, Communications Director Emma Markus was able to set up a Skype call with the girls. "They showed us around the school, and we showed them around Blair. We talked about random stuff about Beyonce. It was really interesting," Krimm explains. The club members also have sent pen pal letters to other girls.

Girl Up is a great club tor anybody to who wants to help girls in need. It's important that the goal of Girl Up is to empower women. "We're not trying to take power away from men, we are trying to even the playing field," says Krimm. Girl Up is open to anybody, including boys. Girl Up is in room 164 on Thursdays after ninth period. 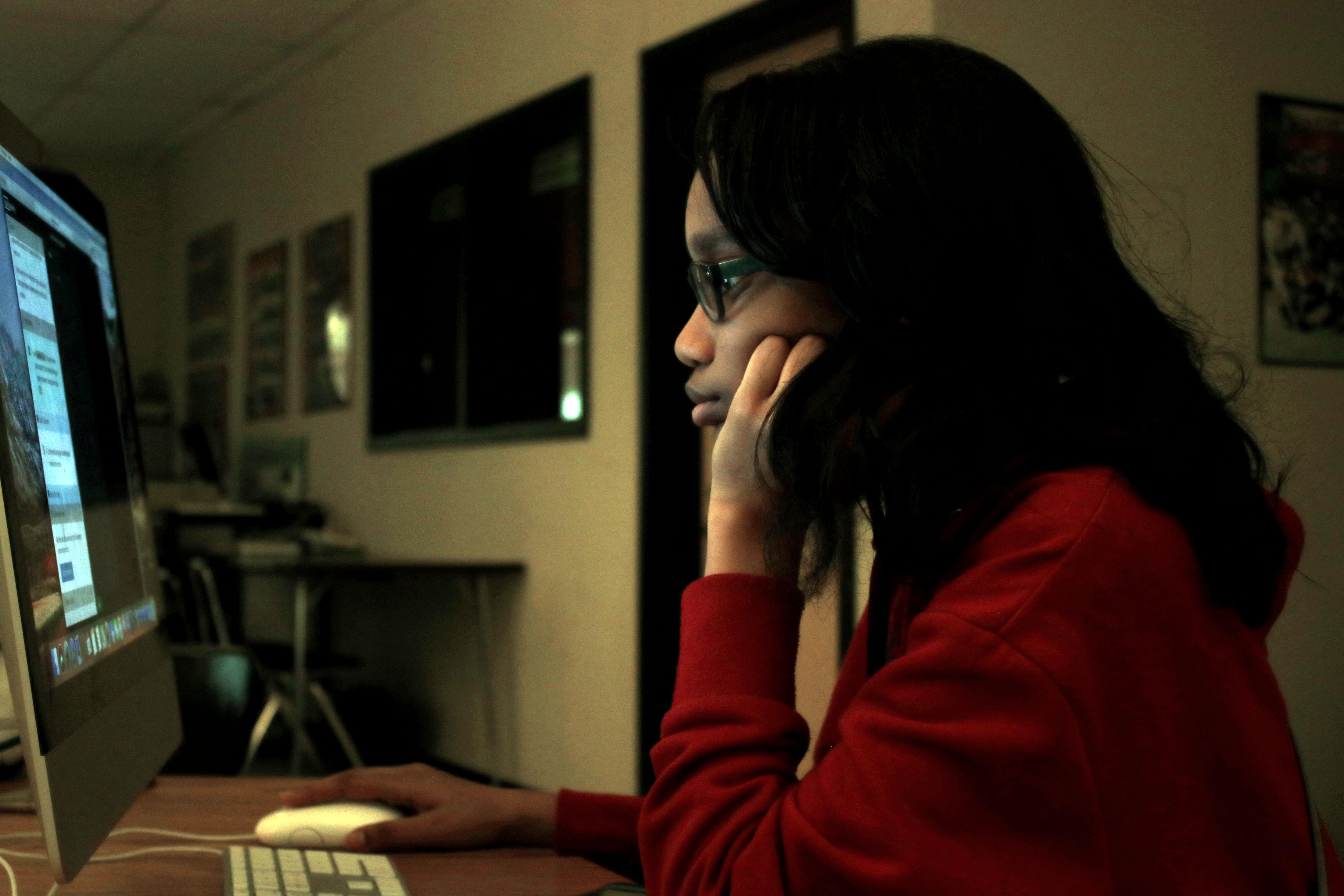 Photo: Code Girl meets after ninth period on Wednesday to encourage girls to pursue careers in technology and teach them the necessary skills to do so.

Photo: Code Girl meets after ninth period on Wednesday to encourage girls to pursue careers in technology and teach them the necessary skills to do so.

Code GirlsCode Girls is an organization focused getting more girls interested in STEM. Previously known as Girls Who Code, the group started up again this year after Nobline Yoo, Grace Cai, Annie Zhai and Wendy Shi won an award from the National Center for Women & Information Technology and decided they wanted to encourage other women to learn about technology. So, they teamed up with Girls Who Code to create a new program that focuses on more individualized lessons.

Lecturer Shreeya Khuran felt particularly compelled to start the club after noticing that girls in her computer science classes ultimately chose not to take any more computer science electives and instead chose to instead learn more about "easier" classes like biology. "Girls usually think, ‘oh, I'm not as good as anyone else' and they usually lower themselves and like have a low self-esteem when it comes to how their performance is...they tend to be less confident in themselves when it comes to computer science no matter how good they actually are at it," she says.

A typical meeting consists of a small lecture about a topic in the programming language based off of something covered during the previous lecture. Next, the girls head to the lab and receive a small assignment that implements what they just learned. During the first semester, Code Girl covered HTML. Currently, they are working in HTML and JavaScript and hope to cover Python before the year is over.

The longest-running women empowerment club at Blair, Women's Advocacy is focused on discussing the students' own experiences with women's issues and informing others on current events. First started by Lauren Termini and now sponsored by Ms. Rao, the club has been running for over four years with an emphasis on spreading awareness about women's issues. "We are planning to do maybe some workshops...we just want to get together to organize these events, and we also want to spread awareness and educate others about women's issues," said freshman co-president Danny Tran Ho.

After the leadership graduated last year, the club struggled to keep meetings going. At the beginning of the year, the club has seven members show up to its Friday-after-school meetings. However, as the weather got colder, the number of members who showed up got smaller until only two members were showing up to meetings. So, Ho, Tekla Maisashvili and Amanda Liu have decided to revamp the club. "We're kinda trying to build up the club again and so we're just starting by getting the conversation going, trying to create a space where female or male students or any gendered students can come and just talk about issues affecting women," Ms. Rao said.

During a typical meeting, students head to room 219 after ninth period to talk about whatever they feel like talking about, which is usually a mix of current events and set topics that the club leadership has decided on. "We'll see where the conversation goes. You can't really predict where - it might start at one place and end up somewhere else," Maisashvili said. Last semester, Women's Advocacy covered issues like women in STEM and sexual harassment, and this semester they plan on speaking about women in sports. The club meets in Room 136 on Fridays during 6th period lunch.