In the last seven seconds of the game, junior Shannon Healy pulled through in the clutch and led the Blazers (7-10) to a 39-37 victory against Kennedy (11-7). The final minutes of the game were the most intense as each team looked for an advantage. The Blazer fans were on the edge of their seats with only 55 seconds left and Kennedy up by one point. Junior Debbie Olawuyi changed the atmosphere from frustrated to hopeful as she made a free throw to tie the game. It was then, with only seven seconds left, that junior Erica Adarkwa passed the ball to senior Melissa Romero who promptly sent it in to Healy for the game winning layup. 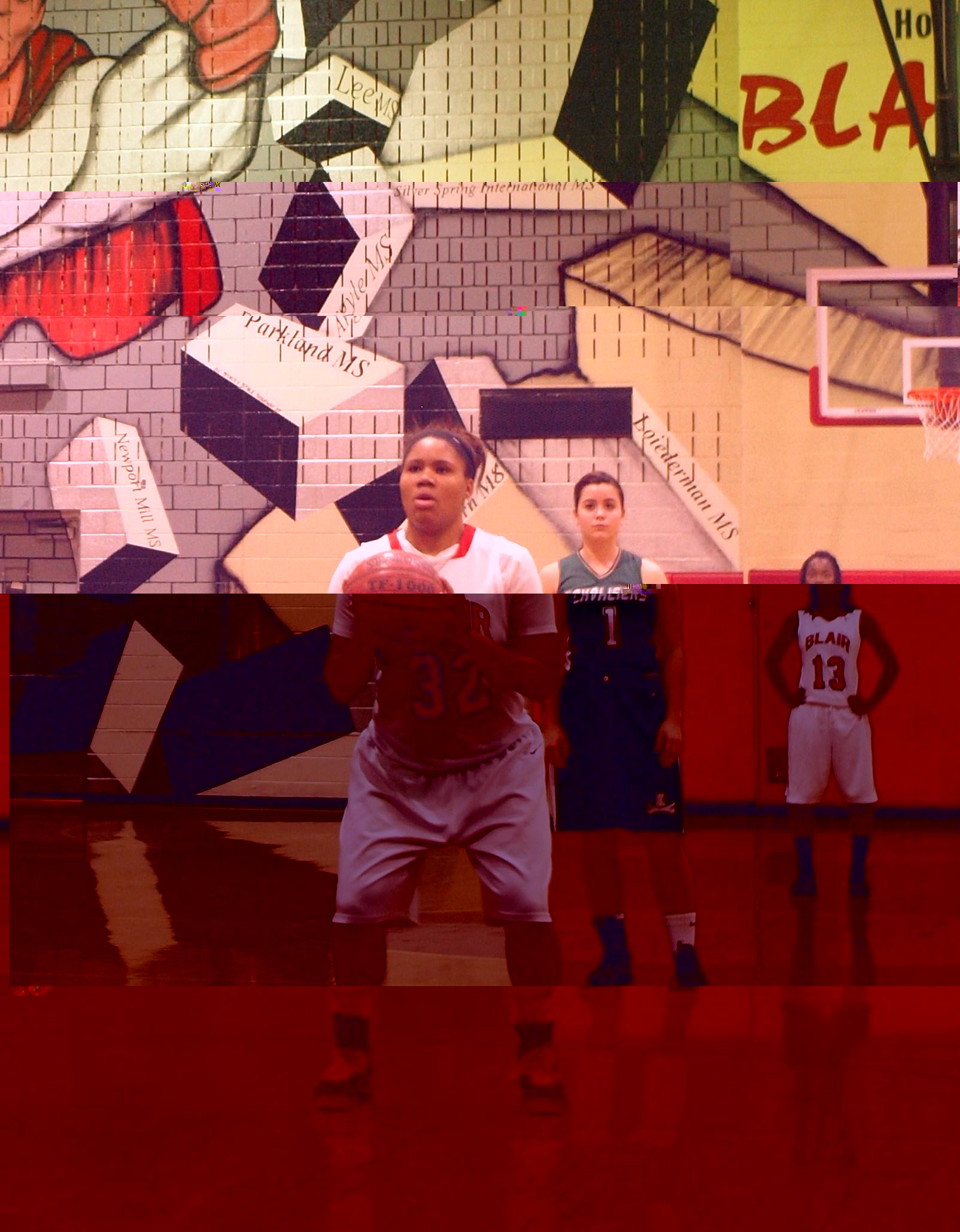 All year the Blazers have been struggling to close out games but this game they pulled through with one word in their minds— teamwork. "When the intensity got up, we were actually playing as a unit. We played as a family," Olawuyi said. The Blazers playmaking and rhythm stepped up as well. "We played so hard towards the end-we didn't force it," Olawuyi said.

In the first quarter, the Blazers were able to hold off Kennedy from getting too big of a lead against them. "We came out strong and we kept our composure," senior captain Naimani Staley said. Every time Kennedy made a lay-up, the Blazers retaliated with a score of their own. However, towards the second quarter and third quarter, things got a little chaotic and the Blazers were yet again playing catch-up. "We just didn't have the right mindset and we weren't playing as a unit," Olawuyi said.

The Kennedy girls were playing an aggressive game, and were able to stay in the lead until the beginning of the fourth quarter. Nerve-wrecking free-throws, key turnovers and clutch shots were the determining factors in this game. In the fourth quarter especially, Haley and Olawuyi's free-throws really made the difference in this low scoring affair.

Another key to the success for the Blazers was their ability to keep up the intensity until the end "We were really aggressive in the fourth quarter and when it mattered we made some tough shots," coach Erin Conley said. The Blazers are looking to come out with the same intensity in their next game as they continue to turn around their season.

Come support the Blazer's at their next home game on Feb. 12 against Whitman.