Lady Blazers falter in second half, fall to Northwest 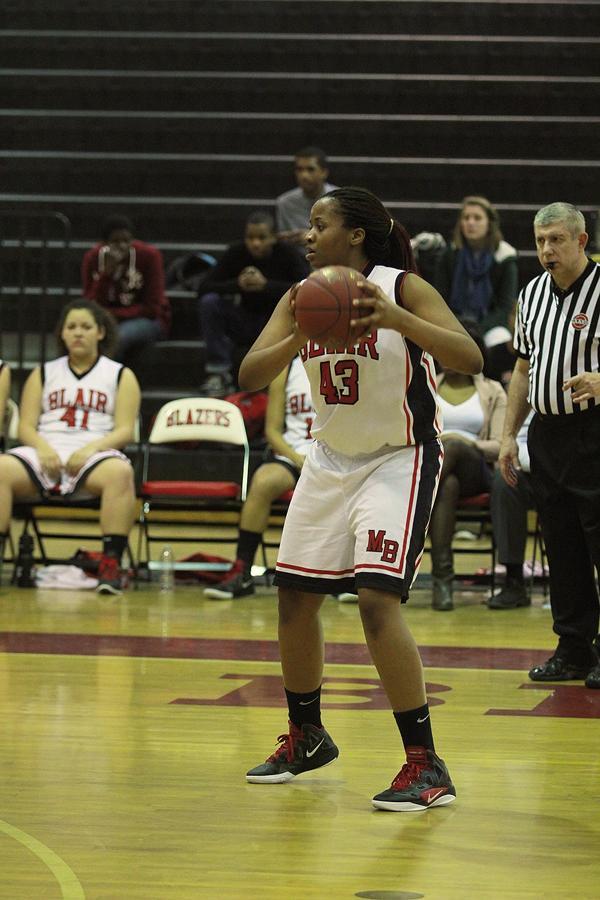 Photo: Senior Olivia Nono was in foul trouble early in the game, and Blair lost a key force in the paint as a result.

Photo: Senior Olivia Nono was in foul trouble early in the game, and Blair lost a key force in the paint as a result.

In a matchup of two of the best teams in the county, the girls' varsity basketball team (15-4) fell to the Northwest Jaguars (16-3) by a score of 66-53. Blair kept close with the Jaguars, tied 30-30 going into half time, but fell apart in the third quarter when Northwest went on a 21-8 run.

Senior Johanna Lopez attributed Blair's second half struggles to a drop-off in energy. "We had a lot of missed rebounds and our intensity on defense definitely dropped,” Lopez said.

While Lopez attributed the Northwest rally to a lack of intensity, Blair head coach Erin Conley explained that the Lady Blazers just didn't have enough momentum. "Momentum just wasn't going our way. Basketball is a game of momentum swings,” Conley said. "And we just didnt get it to swing back.

The Blazers were able to stay close with the Jaguars despite starting the game off with two turnovers and even ended the first quarter with a 16-14 lead. The Blazers were led in the second quarter by senior Rose Kalala, who scored six of her fourteen points to boost Blair. But Northwest fought back and tied the game just before halftime.

Blair battled injury issues, as starting seniors Adrienne Jackson and Morgan Chase were unable to play after a Jackson fractured her nose in the first quarter and Chase became ill at halftime. Conley also believes that senior Oliva Nono's foul trouble hurt the team. "We were in some foul trouble which meant we couldn't have our best players out there,” Conley said. 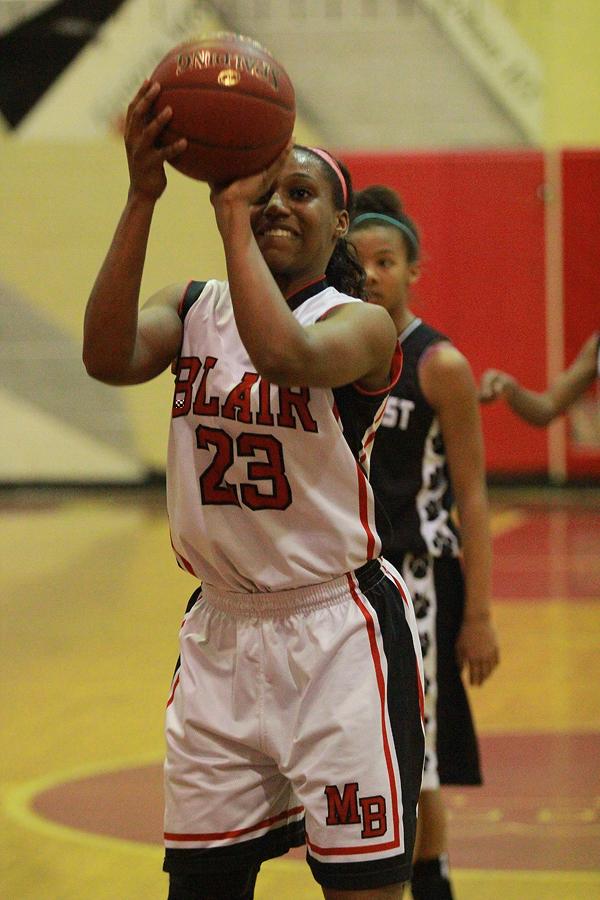 After this tough loss, the Blazers must regroup quickly and get prepared for their final few games before the playoffs start. Both coach Conley and Lopez, who led the team with 29 points, believe that this game can be used as a learning experience. Conley says that the team needs to watch the game and learn. "We need to learn from our mistakes in this game. We just have to be better for the playoffs which is where we want to be our best,” Conley said.

Lopez believes that the next few practices will be crucial for the team as they must go over the fundamentals. "We need to go back to the drawing board and practice the little things. This will be a learning experience,” Lopez said.

The girls' varsity basketball team will play its next home game on Tuesday, Feb. 21 against Einstein at 5:15 p.m.