Despite an intense first half and consistently strong defensive play, Friday's game against BCC (10-10-1) put the Blazers (7-13) out of the playoffs with a final score of 56-41.

Going into the game well aware of the quality of their opponent, Blair started off the first quarter a bit anxious and didn't wake up until they were seven points behind. Still, they quickly adjusted to the fast-paced game and played the rest of the quarter intensely.

Going into the second quarter, Blair's defense was unstoppable. Led by senior and captain Breanna Camp, Blair played an impeccable defensive game, preventing the Barons from capitalizing on scoring opportunities, and limiting them to just ten points during the second quarter. Sophomore guard Elizabeth Cove thought Blair's defense shone throughout the whole game. "Our defense was really good tonight. Before the game we knew it was going to be a tough game and that we were going to have to put pressure on the whole time," she said. "And I really thought Camille and Breanna executed. They played the toughest players and they really shut them down. That part of our game was really strong." 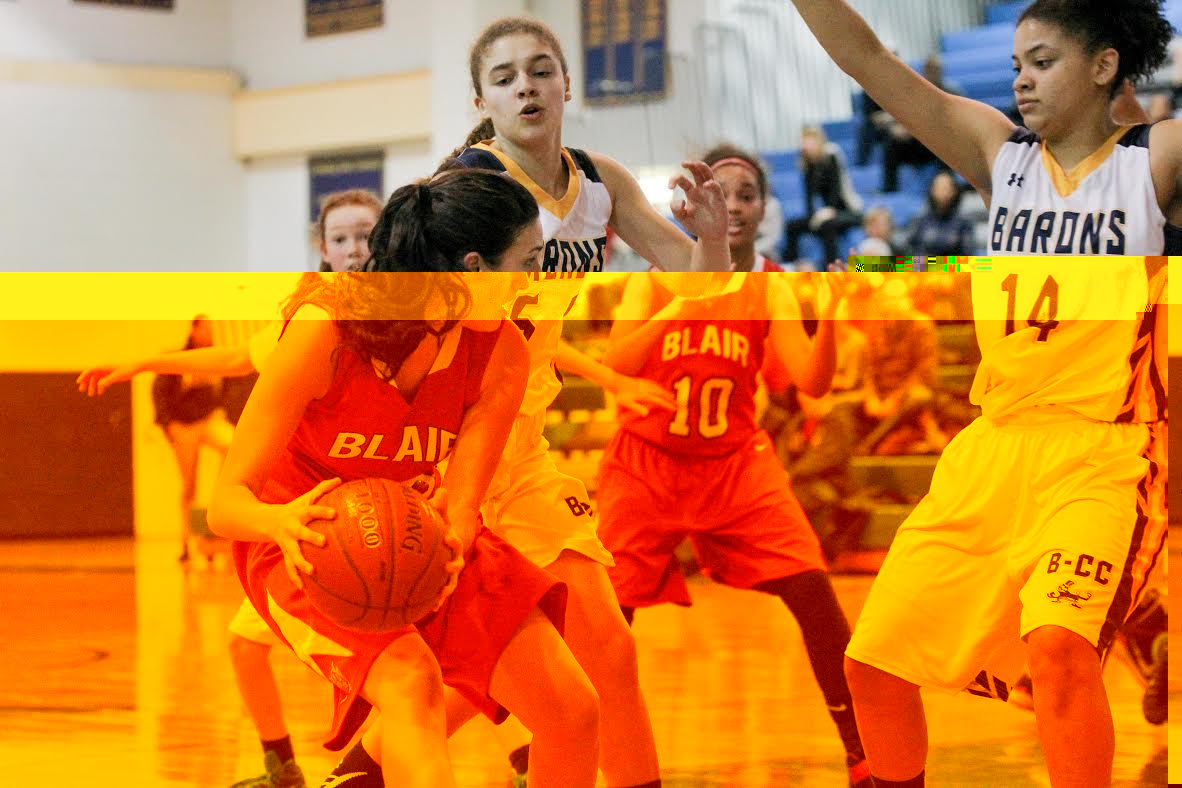 Photo: Senior guard Liza Curcio-Rudy looks for open players as she keeps the ball out of BCC possession.

Offensively, however, Blair seemed a bit disjointed and inconsistent. They scored just seventeen points by the end of the half and struggled to capitalize on rebounds and other offensive opportunities. Head coach Erin Conley thought that consistent offensive play was a challenge for the Blazers on Friday. "For some reason we just couldn't find our offensive reason and we had a really difficult time rebounding," she said.

Trailing by only five points at the half, a win suddenly seemed well within the reach of the Blazers for half of the third quarter. Led by junior point guard and captain Camille Estrin and senior guard and captain Liza Crucio-Rudy, Blair offense picked up and, for a moment, the Blazers were within a few points of overtaking the Barons. But a series of unfortunate foul calls quickly set them back lot, and by the end of the third quarter the Blazer offense had unraveled.

The Blazers were unfazed as they took the court at the beginning of the fourth quarter. Though they were down almost thirty points at the beginning of the fourth quarter, they began play with the same intensity and effort with which they had been playing the whole evening and managed to significantly shorten the gap in the score. Estrin scored 3 three-pointers and helped bring the Blazers back to being fifteen points behind BCC. 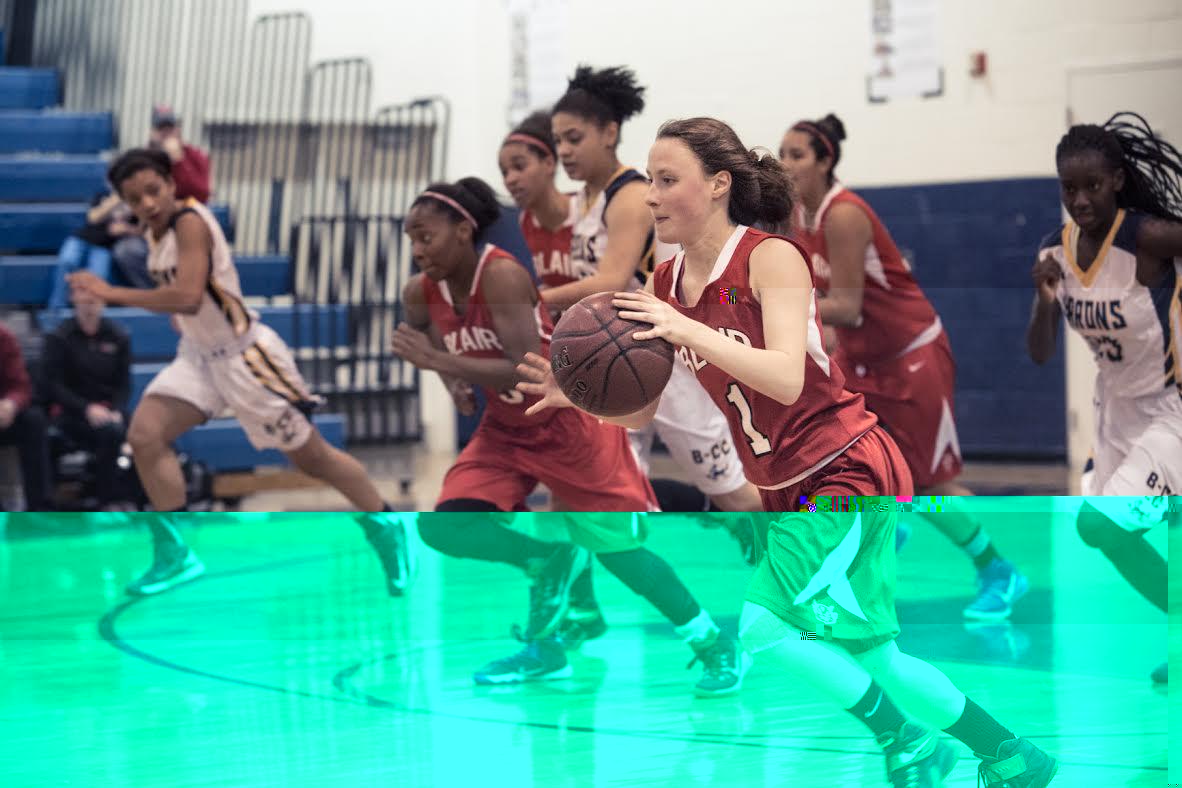 Despite a last-quarter surge, however, time quickly ran out on the Blazers. It was a disappointing way to end the season, but Conley still felt proud of the team and the efforts they'd made the whole season to work hard and constantly improve their play. "The season was long and we had some really tough losses along the way, but the girls were constantly improving and looking at their games, and if they keep doing that in the offseason, I think they'll have a much more successful season next year," she said.