Blazers come out on top in a close-matched game

Tuesday's game became representative of everything the Blazers (7-5) have been striving for all season, as the team stepped up to defeat the Blake Bengals (6-6) by playing tight defense and aggressive offense. The Blazers maintained their consistency and composure, even in a suspenseful fourth quarter, to secure a final score of 50-42.

From the first whistle, Blair brought intensity and speed to the game. Despite giving up the first point, the Blazers recovered and went on to score quickly. With offensive play led by junior guard Alexis Moses, and captain Camille Estrin, the Blazers established an early lead that they worked to maintain throughout the first quarter. With help from Sophomore Allison Mackenzie, who scored a three pointer with just seconds left on the clock, the Blazers were narrowly leading by three points at the end of the first quarter.

Though Blake offense proved fierce, the Blazers adjusted early on and were able to shut down play after play, further solidifying their nine-point lead at the end of the first half. Head Coach Erin Conley was impressed with the team's tough attitude and goal execution throughout the game. "We really wanted to play a physically tough game and the girls played very hard. As coaches, we could see that on the field,” she said. 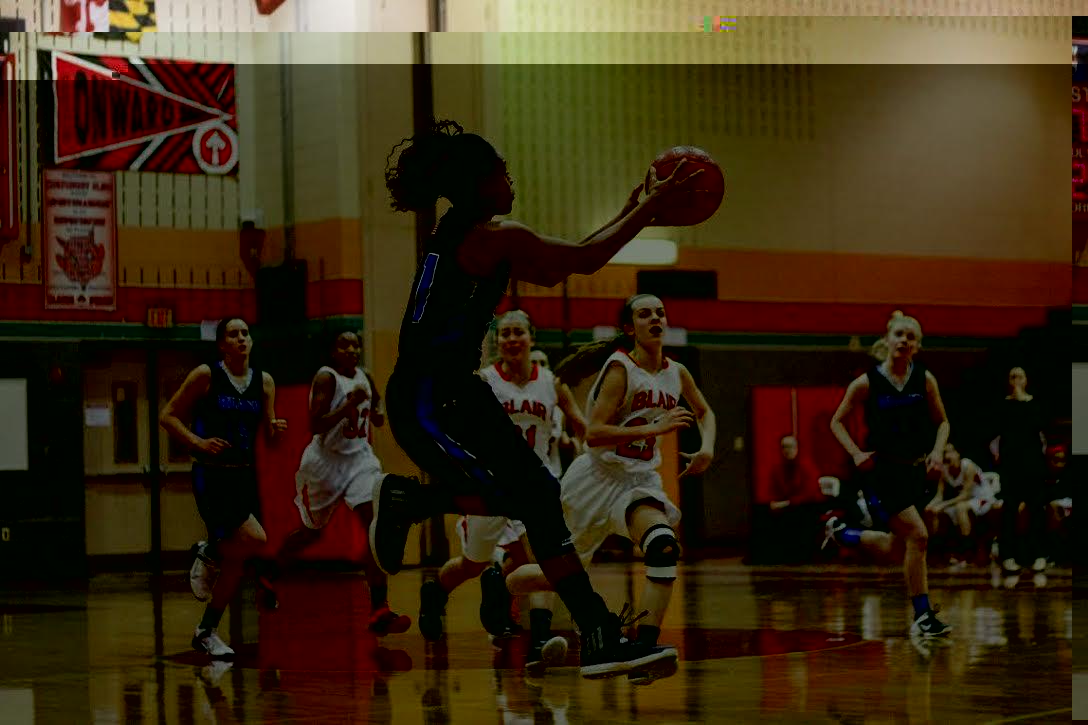 Photo: The Blazers race down the court to defend Blake in transition

Photo: The Blazers race down the court to defend Blake in transition

The third quarter opened with a noticeable shift in intensity from Blake, forcing Blair to become more physical and aggressive to protect their lead. Though they continued to excel offensively, the Blazers encountered slight difficulty in defending against the Bengals in the second half. "We had a bit of a hard time when Blake started pressing us,” Conley said. As the time went down, the gap in the score shrunk, with the Blazers still leading by just four points at the end of the third quarter.

Determined to keep the Bengals at bay, the blazers returned to the court for a fourth quarter that became physical and suspenseful. Both teams gave up valuable points because of fouling. Junior guard Alexis Moses thought that the increased physicality made it hard for the Blazers to keep their lead. "Fouling was a really big challenge,” she said. "I know a lot of our starters all had a few fouls.” But unlike Blake, who struggled to take advantage of foul calls in their favor, the Blazers put almost every free throw they had in the basket, amassing most of their points in the last quarter this way.

The time ran out just after junior guard Camille Estrin sinked a free throw, signaling the end of the game and a well-deserved win for the Blazers. "This was definitely one of our best games,” Moses said. "We could all see the improvement. We played a lot stronger, attacked the basket a lot more, and we were more physical.”

Blair will play its next home game on Monday, January 26, against the Poolesville Falcons at 7 pm