Defense was the key in the Lady Blazers' win

The girls' varsity basketball team (2-1) demonstrated their superiority last Friday night in a commanding 51-27 victory against the Wheaton Knights (0-2).

Once again the Blazers took a big lead early in the game due to relentless defensive pressure and great defensive execution. The defense opened the game playing full court press and the Knights seemed to have no answer for it. The Knights committed an array of turnovers early leading to many fast break points for the Blazers. Coach Erin Conley's call for the press defense was crucial, and her team reaped the benefits early in the game.

Conley enjoyed her team's defensive performance. "It [the press defense] was good, we were putting a lot of pressure on with it," Conley said, "We still have a lot of work to do on it but I thought we definitely forced a lot of turnovers." 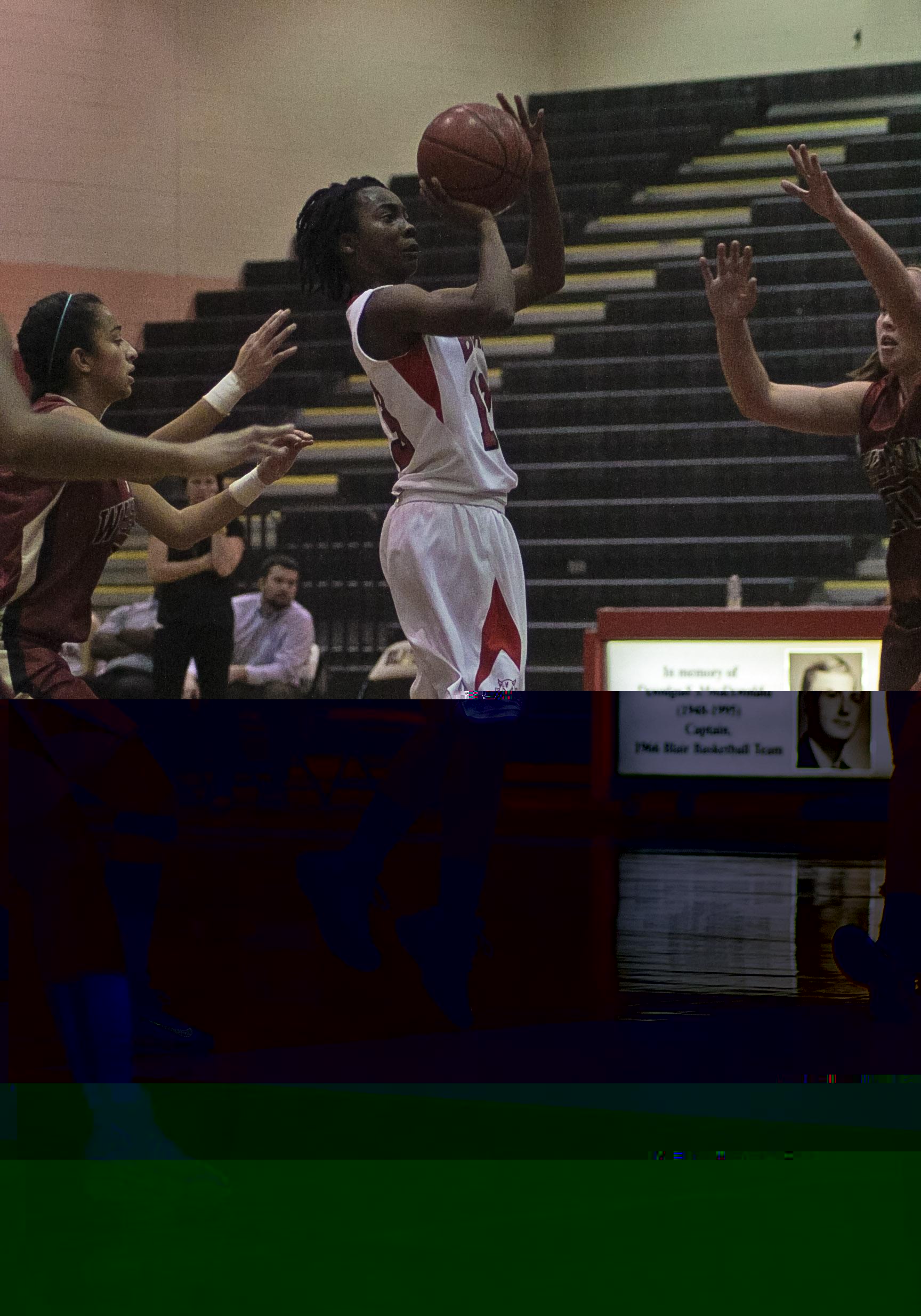 In the second quarter, the Blazers began to take control and really widen their lead thanks to their domination on the glass. Led by senior forwards Debbie Olawuyi and Shannon Healy and junior forward Racquelle Bremmer, the Blazers took advantage of an undersized Knights team and won almost every rebounding battle, earning them several second and third chance points.

Bremmer was proud of her team's rebounding effort in the win, "We had fantastic rebounding. Not only because we all helped out but because our team is now ready to go; it's becoming a habit for us," Bremmer said.

Junior guard Liza Curcio-Rudy agreed that rebounding was vital for the team's success. "Rebounding plays such a big role," Curcio-Rudy said, "especially offensive rebounds and put backs, which can give you a lot of points in a game."

As the second half of the game began, the Blazers still held a sizable lead but their production began to slow down. Coach Conley decided to go away from the full court press for a brief period of time in the third quarter, and the half-court defense started to show some holes.

Although they were beginning to struggle defensively, Blair didn't slow down on the scoreboard as the Blazers continued to do a great job of both causing turnovers and dominating the glass.

Conley believes that playing better in the second half is an area that must improve for the team. "We need to start becoming a second half team, winning games in the third and fourth quarters," Conley said.

Although the team slowed down in the second half, the effective press defense and rebounding ability can keep them in games as long as their half-court game can hold up.

The girls' varsity basketball team will play its next home game on January 3 at 5:15 pm against Churchill