Blair's girls' basketball team (11-11) played a strong game on their senior night to gain momentum heading into the playoffs. The Blazers were able to shutdown the winless Wheaton Knights (0-22) with full court press and cause numerous turnovers, leading to an easy 75-40 win.

Prior to the game, the team honored three seniors for their commitment to the team. Ashley Arnold and co-captains Ramita Dewan and Saba Aregai were introduced along with their parents and honored by their teammates and coach. The three were in the starting lineup and each contributed to the large victory. 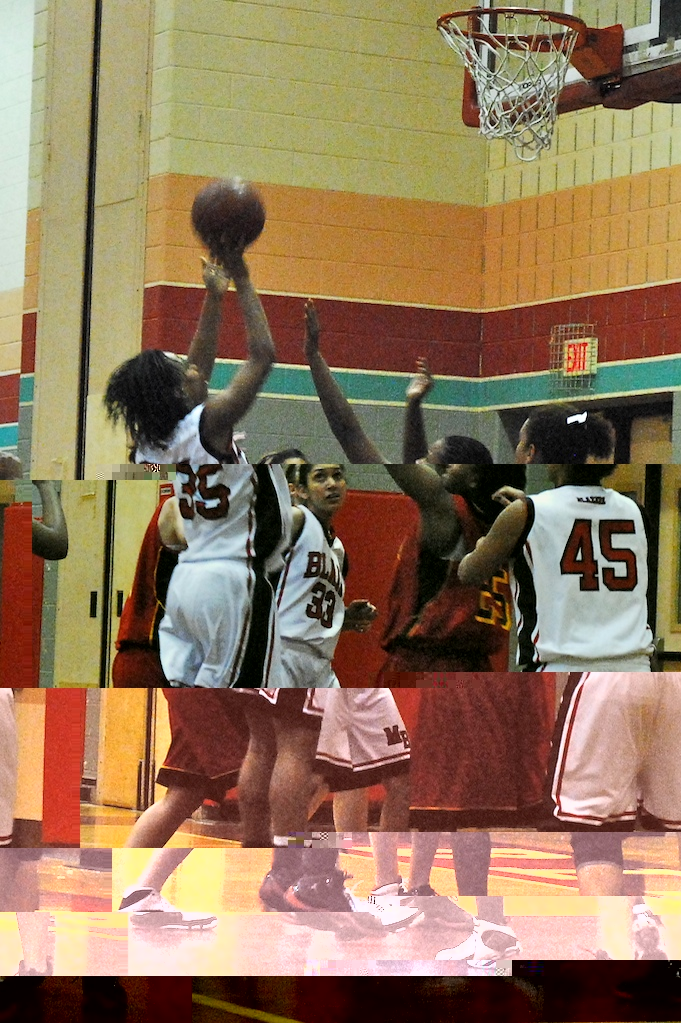 "We were really excited tonight," Dewan said after the game. "This game meant a lot to us seniors."

The Blazers started off the game strong, applying full court press from the very beginning. On Blair's first offensive possession, Arnold showed her determination by rebounding her own missed shots twice before scoring to put the Blazers on the board first. Arnold, the team's second leading scorer for the season, finished the game with 14 points. The Blazers immediately stole the inbounds pass from the Knights to score again, something they did often during the night.

When the Knights were able to break the Blazers' press, they were able to get two-on-one breaks and get to the foul line early. The two teams traded buckets all quarter long, neither team really able to get an edge. Wheaton was able to hit a turn-around jumper in the lane at the buzzer to end the quarter only down slightly, 18-16.

The Blazers went on a 19-0 run the rest of the half, using hard-nosed defense to force turnovers and turn them into quick transition buckets. The Lady Blazers were also able to run effective half court sets and get to the rim instead of settling for too many long jumpers. 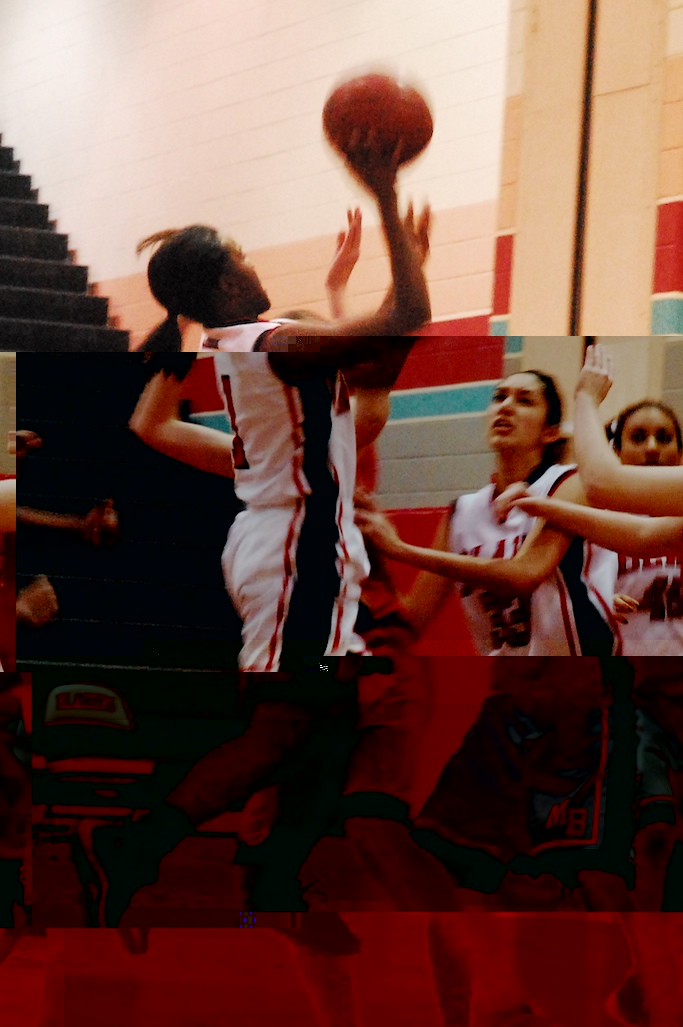 Photo: Patterson shoots the ball with support from her teammates.

Photo: Patterson shoots the ball with support from her teammates. Photo courtesy of Alex Joseph.

At one point in the quarter, Arnold split two defenders at the top of the key to make a layup. Near the end of the half, Arnold also ripped a beautiful spin move near the baseline to get past her defender for the bucket. The Blazers finished the half up 44-17.

The Blazers opened up the second half with six unanswered points for an overall 32-1 run since the end of the first quarter. The Blazers continued to keep up their defensive pressure and get points from multiple players. The Knights often had to settle for contested shots and found most of their points coming from the free-throw line. The Blazers finished the quarter up 67-30.

The fourth quarter was just a formality, with the Lady Blazers clearly in control of the game. Wheaton again scored mostly from the free-throw line with the Lady Blazers still not letting up defensively. Blair finished with a 75-40 win, a good boost heading into the playoffs and a great way to honor the team's seniors.

"I'm really sad that I'm not going to be playing for Blair any more after this season," Dewan said. "But I'll be taking good memories with me."

The Blazers' first playoff game is at Sherwood on Thursday, Feb. 26 at 7 p.m.