The Montgomery Blair Blazers (7-6) girls' basketball team used superior ball movement and a blanketing full court press to take down the Northwood Gladiators 68-28. Blair put it out of reach in the second quarter when they scored 18 points and shut out Northwood.

The Blazers won the tip and started the game aggressively, utilizing an up-tempo offense and full court press on defense. Both teams, however, struggled to find offense in the early minutes of the game. It was Blair junior Lauren Frost who got the game's first point by stealing the ball from a Northwood guard and forcing a foul on the ensuing layup. Frost then added another two points through a powerful drive and layup. This was followed by a long jumper by junior Allison Mackenzie to add to the early lead for the Blazers. With 3:31 left in the first quarter Northwood was finally able to get on the board with a layup, but Blair answered quickly by senior and team captain Camille Estrin who drained a jumper from beyond the arc. The first quarter ended at 21-6. 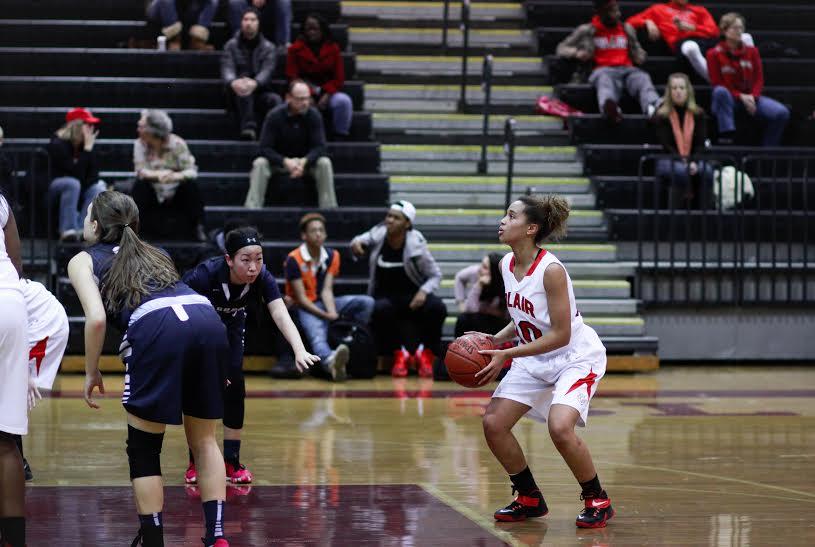 The second quarter was when the game really started turning in the Blazers' favor. The Blazers started quickly, scoring on their first possession, forcing a turnover, and then scoring again. After this burst, the Blazers rode the momentum all the way to halftime, scoring 18 points and allowing zero. This scoring spree was led by Estrin and Frost. By the half, the Blazers had opened up a 33 point lead on the Gladiators with a score of 39-6.

Coach Carlos Smith went back to the starters at the beginning of the third quarter, hoping to continue the Blazers' scoring run. Blair once again started strong, using their full court press to harass the Northwood guards into turnover after turnover. Estrin again knocked down another three-pointer to loud applause from the home crowd. Northwood eventually found their shot and managed to score their first points since the first quarter with 6:13 left in the third. The Blazers, however, could not be stopped as they continued to create turnovers and score, leading to a score of 56-14 at the end of the third quarter. 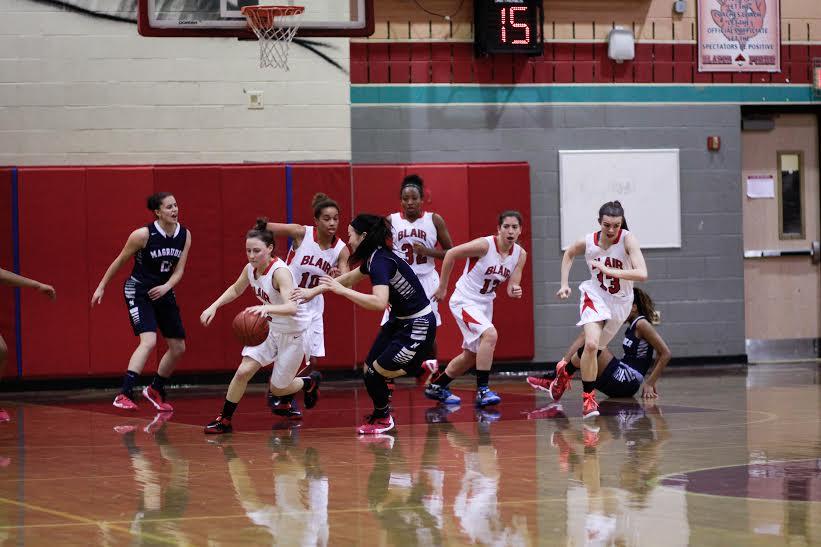 When the whole squad got the invite

Coach Smith began the fourth quarter with his starters once more but quickly went to his bench to finish out the game, who helped finish off the game with an amazing 40 point lead. "I think everybody was the MVP, because everybody played and everybody made an impact.” said sophomore Allison Mackenzie.

After the game, Coach Smith was especially pleased with the work of the team captain and the game's top scorer, Camille Estrin. "She did a good job scoring, hustling on defense, and ultimately had a great game,” said Smith.