Blazers advance to next round of playoffs

After a series of corner penalties, Garlow finally put the ball in the net halfway through the second half. As senior co-captain Laura Li put it, "the timing finally clicked," and Blair took the lead they needed to win. 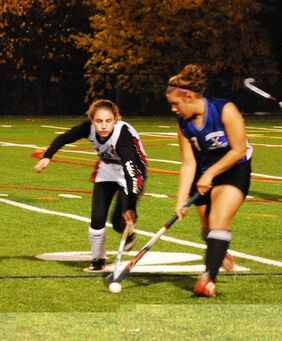 Although Blair only scored one goal, the team made multiple attempts to score at the end of the first half. The Lady Blazers made a total of 11 shots and took 13 corner penalties against the Sherwood goalie. According to senior co-captain Nellie Garlow, the score could easily have been much higher. Junior Lyla Shapiro had many close shots on goal that could have sunk into the net if they had been hit from a slightly different angle, Garlow said.

During the first 10 minutes of the game, the Lady Blazers lacked aggression. But by the end of the first half, the team revitalized their energy and maintained possession on Sherwood's half of the field for the rest of the game. Garlow and Shapiro made several breakaway runs to move the ball far and fast into Sherwood's defensive area. According to head coach Brook Franceschini, the forwards were able to use their familiarity with the smoothness of the turf field to outrun the Warriors. 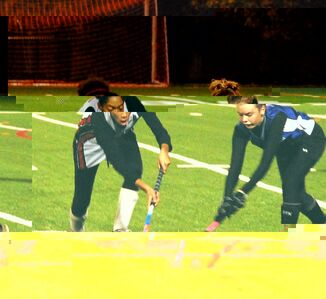 After the game, Li noted a feeling of déjà vu. Blair had also won their previous game against the Warriors by only one point. The Lady Blazers also struggled with some of the same problems they have been dealing with all season. The team wasn't able to score aggressively, or retreat in time to help defenders hold off the opponents. "I think we played well at points, but we're still not playing at full potential," Franceschini said.

Even though Blair beat Sherwood in their last game, the team knew they were facing a tough opponent. Franceschini believes it is never a good idea to underestimate the opposing team. The high stakes of a playoff game can easily overcome past statistics. "Any team can win on any given day," she said.

Despite the close margin of victory, Blair was happy to celebrate a success. "It was a close game, but I'm happy we won and I'm pumped for the third round of playoffs," Garlow said. Next week, the team will take on Paint Branch, a team seeded in first place in the 4A division.