The season came to an end for the girls' lacrosse team (6-8) after they lost to the Springbrook Devils (12-1) in a grueling match Friday afternoon. The game began evenly with both teams' defenses holding strong, but Springbrook eventually gained the upper hand and won 7-3.

The girls were enthusiastic going into the game since they had tied Springbrook in the regular season although they were defeated in overtime. "I was really excited and I could feel the intensity - I wasn't scared,” senior captain Amanda Flores said. Senior midfielder Noelle Mason expressed a similar sentiment, noting that Springbrook wasn't as formidable a team as their record showed. "I think their record is better than they actually are,” she said. "I knew that if we did everything we could, we would give them a run for their money.”

Blair started with the ball, but the Devils quickly took possession and kept it. Blair's defense, however, was constantly adapting and remarkably strong and held back a daunting Springbrook offense. 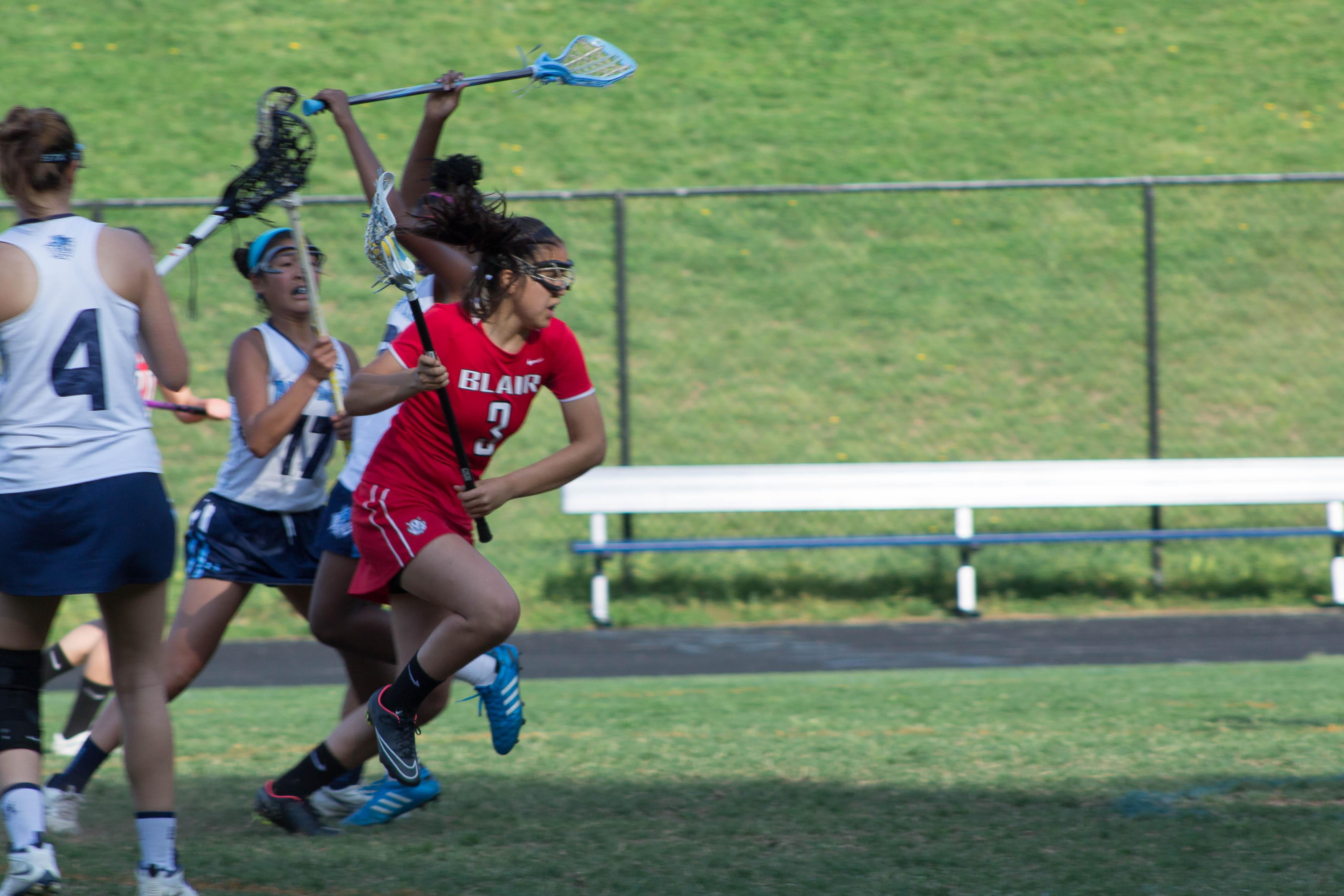 Photo: Alexis Redford Muang-Muang runs with the ball while Sherwood players attack each other.

Photo: Alexis Redford Muang-Muang runs with the ball while Sherwood players attack each other.

But with the Blazers unable to keep the ball for a meaningful amount of time, the Devils finally broke through and scored nine minutes into the game. Head coach Michael Horne attributed Springbrook's ability to keep possession to their midfield game. "They played strong midfield defense and they won the 50/50 game in the midfield. When you tilt that situation to your favor, you're going to end up with more shots on goal,” he said.

Even when Blair attempted shots, they were often unable to penetrate the tremendously quick Springbrook goalie. In one of the last actions of the half, senior captain Alexis Redford Muang-Muang scored a powerful goal for Blair.

The beginning of the second half seemed promising when Mason scored an unassisted shot within the first minute, but the old pattern reemerged as Springbrook regained possession of the ball and rarely let it go. Unfortunately, the Blazers were not able to get ahold of the ball long enough and lost the tough, high-stakes game.

Still, the girls displayed great transition and an ability to work together. "It's sad that we lost, but we definitely came together as a team and something clicked,” Flores said. 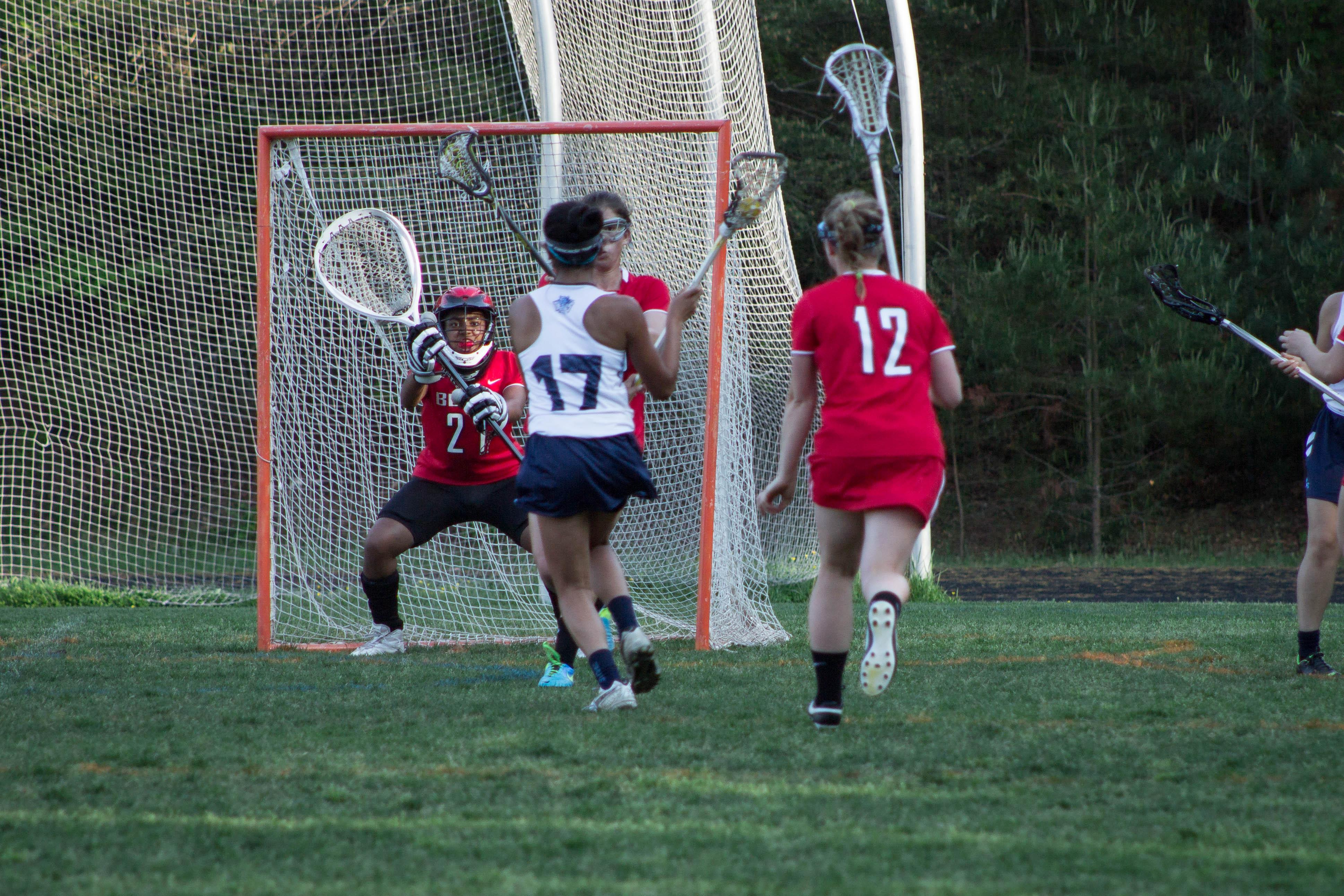 The hard-fought match reflected the powerful spirit of the Lady Blazers and their ability to keep improving. "We made so many great strides, and the whole team progressed well throughout the season. I was impressed with not only the way they played tonight, but how they grew,” Horne said.

For Flores, it was a matter of preparing the rest of the team for next year. "The underclassmen got a taste of what it's going to be like,” she said. "It will be great.”