Thriving offense allowed the Lady Blazers to stay on top

A cold Friday night proved to be no obstacle for Blair's girls' lacrosse team (1-2) as they defeated the Einstein Titans (0-3) by a final score of 13-5. The Blazers took the lead early and dominated for the rest of the game.

The team maintained possession for the majority of the game, and with a commanding offense led by seniors Alexis Redford Muang-Muang and Leah Damo and junior Maddie Boyer, they put eight goals past a clumsy Titan defense by the end of the first half. Muang-Muang, who was able to score a double hat-trick, was aided by the offense who contributed to a strong transition game.

During the few moments when the Blazers did lose possession, Einstein faced a strong defense, only managing to score one goal in the first half. Goalie Schuyler Cross proved nearly indomitable, recording countless saves and deflecting much of the lukewarm heat by the Titans.

Blair's defense lightened up slightly towards the end of the game and the Titans scored three goals in the last four minutes, but the Lady Blazers still cruised in their first win of the season.

Cross felt that the game reflected the high skill level of the entire team. "I thought we played really well today as a team and everyone got playing time,” she said. 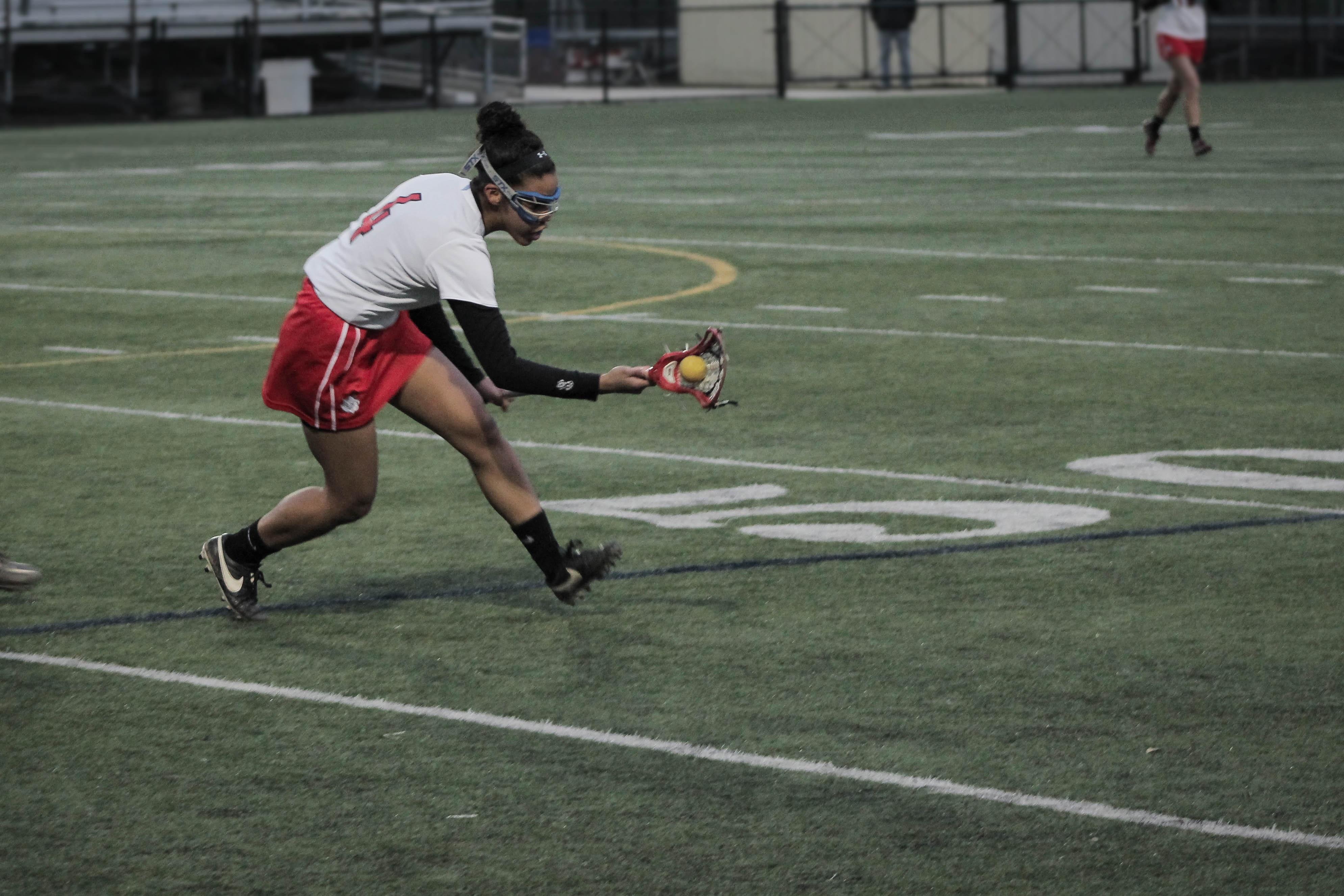 Senior Amanda Flores was also inspired by moments when her team was able to coordinate and work past Einstein's defense. "The most exciting part for me was when we worked more as a team rather than individually,” she said.

Despite the success, coach Michael Horne acknowledged that the Blazers were not always at the top of their game. "We had moments when transition was good, when defense was tight and when offense was on the same page, but we also had moments of the exact opposite,” he said. "We have to put together 50 minutes and raise our game across the board.”

Still, Horne felt that the win was a boost for the team's morale. "We needed that,” he said.