A coordinated Blair team prevails with help of solid offense

It was a strong and comfortable night for the girls' varsity lacrosse (2-3) as they soundly defeated the Paint Branch Panthers (1-4) with a final score of 15-9.

The game started off slowly and evenly, with junior midfielder Maddie Boyer and junior attacker Leah Messina who each scored two goals in the first ten minutes. Paint Branch responded with two goals of their own. 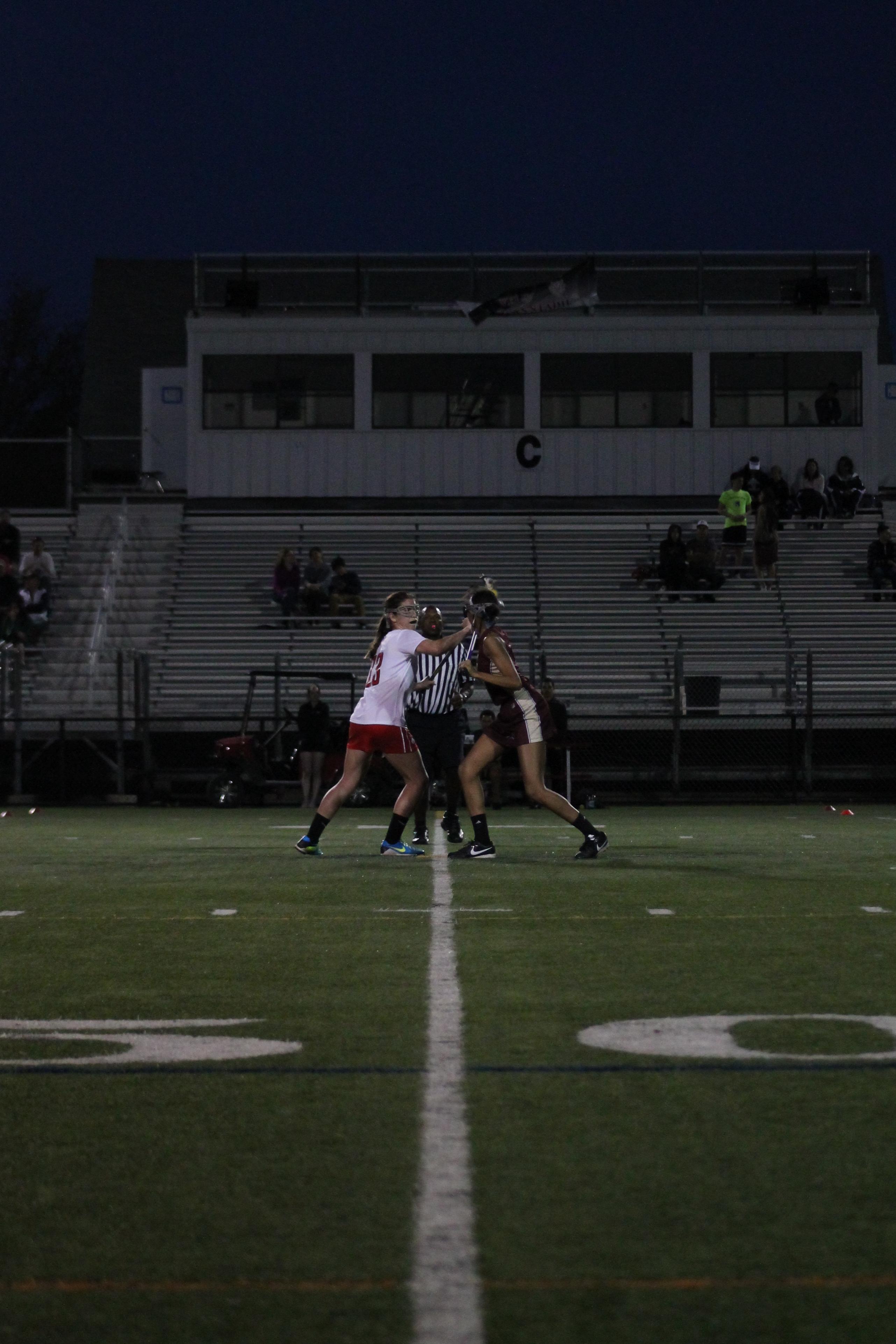 With the score tied, the lady Blazers began working together by the middle of the first half and quickly dominated the poorly organized Panthers. "The girls worked together as a team and that was the key to our success,” head coach Michael Horne said. By the end of the first half, the score was up to 8-4 with Blair in the lead.

The team also had noticeably more assists than in their past few games, another sign of the girls' improved transition. "We played really well as a team today and we were really connected in passes,” junior attack Nicole Spiezio said. Spiezio was one of the many players who scored several goals throughout the solid game.

The offense kept the heat up until the end of the game with many beautifully assisted goals. There was not one moment when Blair let up; if the Panthers scored, the Blazers scored within the next minute. 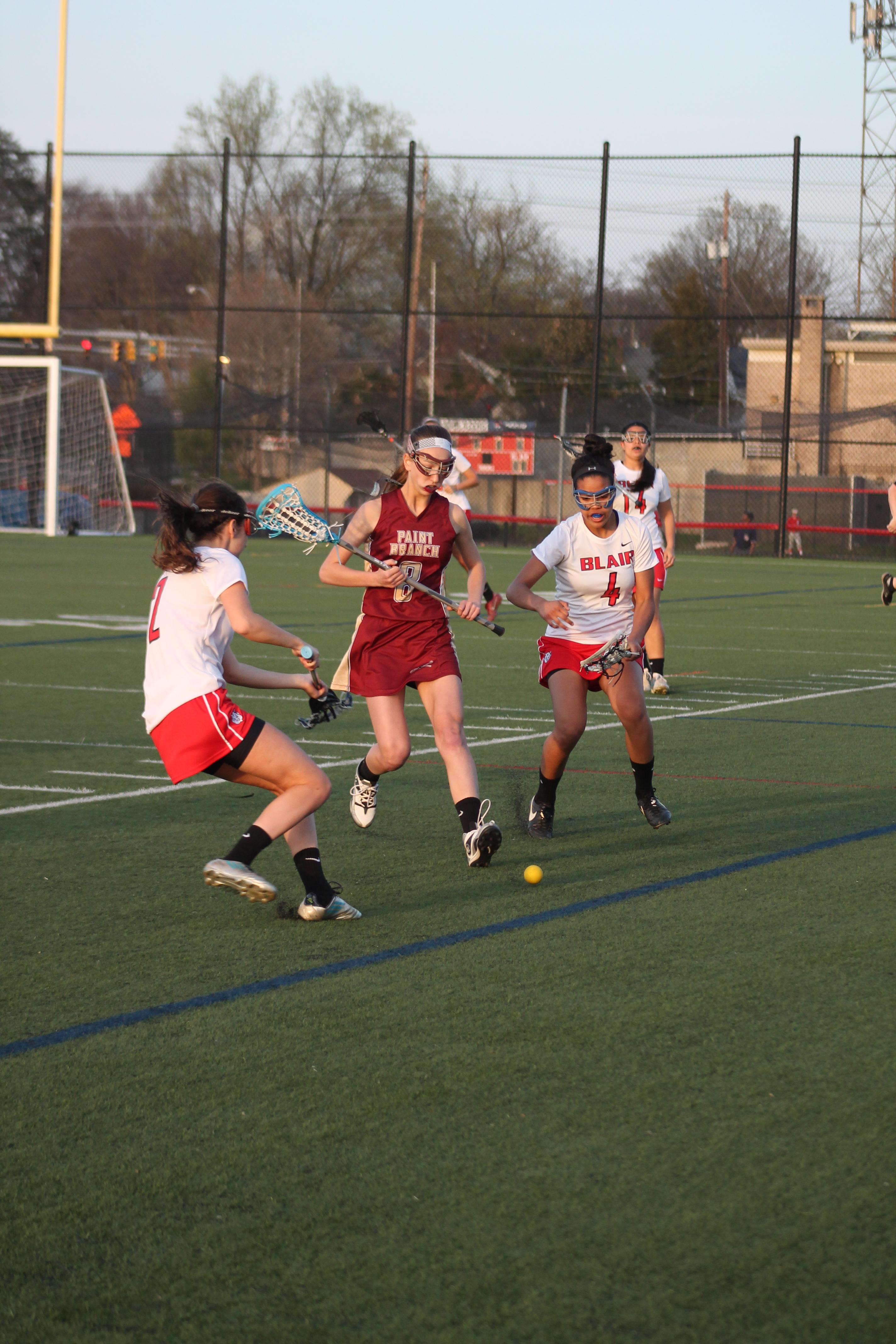 The defense, although starting out strong, let loose towards the end of the second half when it became clear that Blair would win. However, senior midfielder and captain Leah Damo believes that it is important to keep going even when a victory is in sight. "Sometimes we get a little too excited offensively from scoring really well and we can get a little unfocused in defense,” she said. "We need to be able to mark up better on defense when we're scoring high.”

In the end, the win against Paint Branch showed the collective skill of Blair's team. "We definitely came out today,” Damo said. "We played our game, we didn't play down to our opponent.”