In their final home game before playoffs, the girls' lacrosse team (4-6) suffered a preventable loss against the Walter Johnson Wildcats (3-7). The two teams started out neck-and-neck, but the lady Blazers fell in the second half and ultimately lost 8-10.

The game began sluggishly with both teams failing to get past the other's solid defense. Blair secured an early goal, but neither team scored again until Walter Johnson finally returned the favor ten minutes into the first half. At the end of the first half, the two teams were tied 2-2.

What stood out about Blair's team was junior goalie Schuyler Cross, who deflected many of Walter Johnson's shots. Senior defense Erin Nolan praised her team's ability to hold back the Wildcats' offense, but noted the difficulty of the game. "It felt really good in the beginning and we were tied 2-2 at the half, but we were playing a really hard game,” she said. 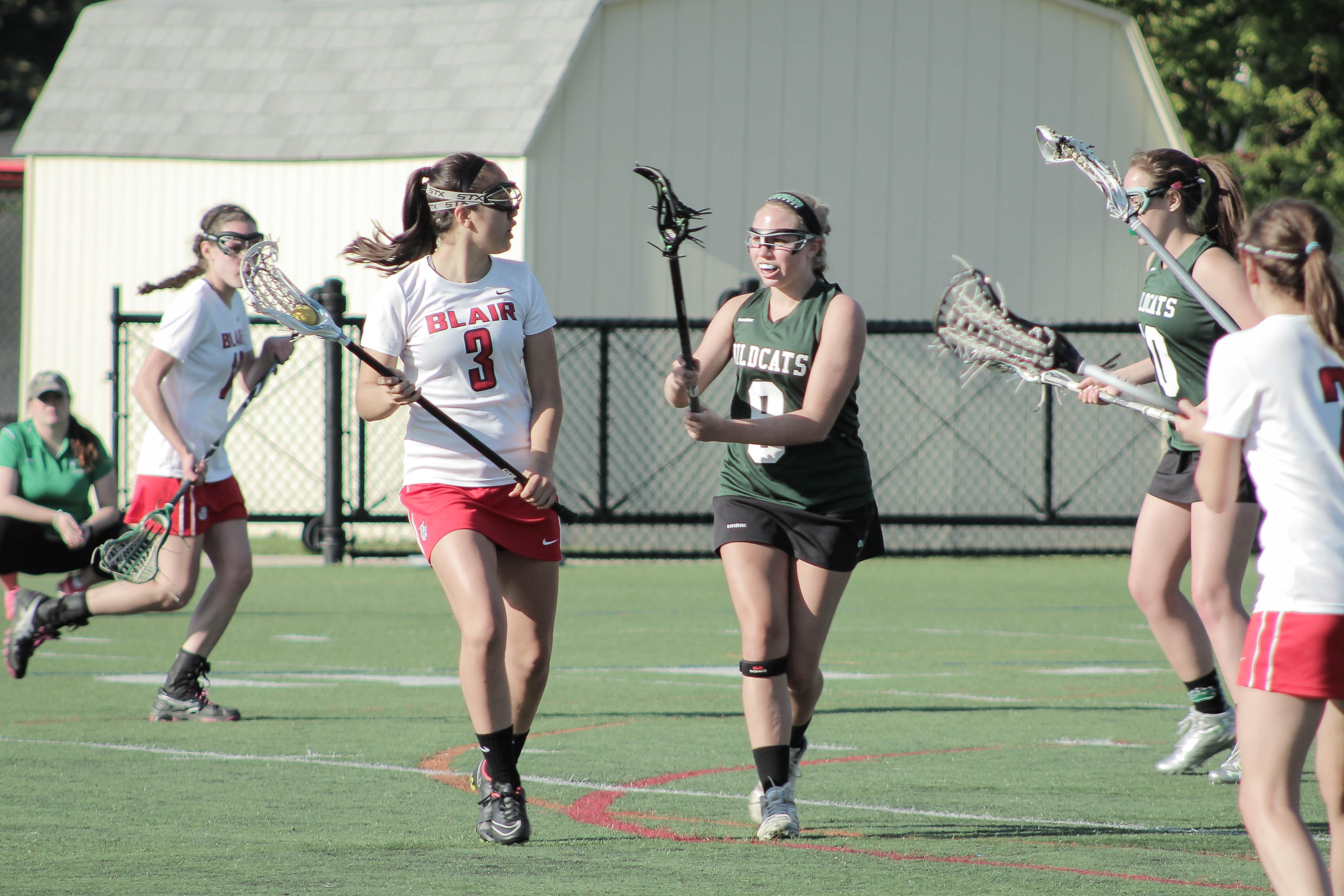 However, things quickly went wrong at the start of the second half. Blair often maintained possession but were unable to penetrate Walter Johnson's solid defense, while during the fewer moments when Walter Johnson had the ball, they took advantage of their opportunities and scored.

Senior captain Leah Damo attributed this to the lack of uniform motivation on Blair's team. "Our main issue is that we can't get everyone on the same page in terms of intensity,” she said.

Blair was down 4-8 towards the end of the second half, but the margin began to close. With good transitions and standout play from senior captain Alexis Redford Muang-Muang, the Blazers were able to close the gap on the scoreboard. Perhaps the most exciting goal was by Damo in the last 0.5 seconds of the game, but she claimed that her shot was not extraordinary. "You can't really shoot through people which I did, and it didn't do much since we lost,” she said. 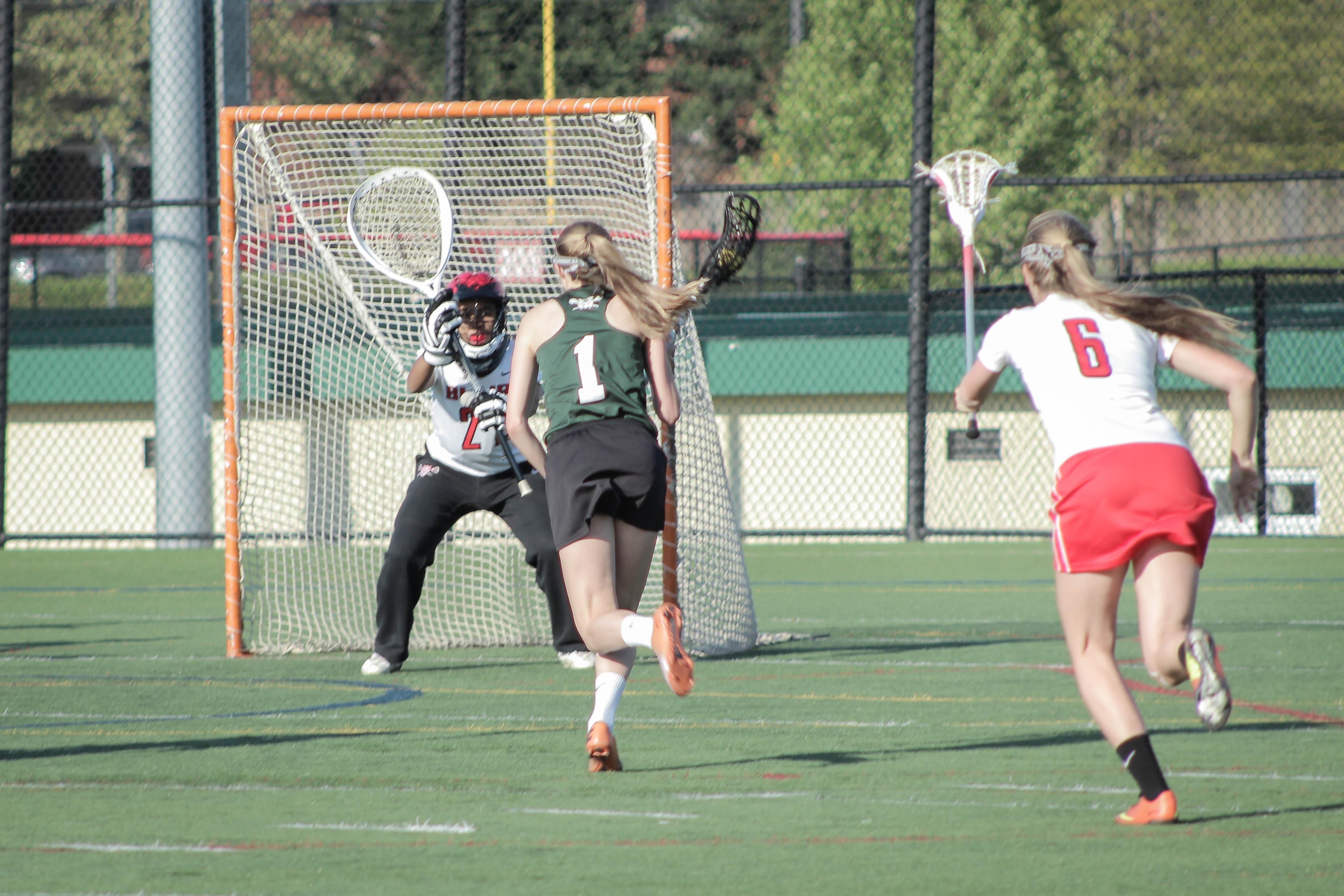 Head coach Michael Horne felt that the loss was avoidable. "In a game with two evenly matched teams, the one that takes more advantage is the one that will get the win, and today that was Walter Johnson,” he said. Still, he is hopeful that the team will be more inspired and succeed. "They'll come together stronger for the next game.”