Blair varsity girls' soccer (3-3-1) established an early win over the Kennedy Cavaliers. Though the Blazers won the game, they could have come away with a bigger win with more focus and energy. 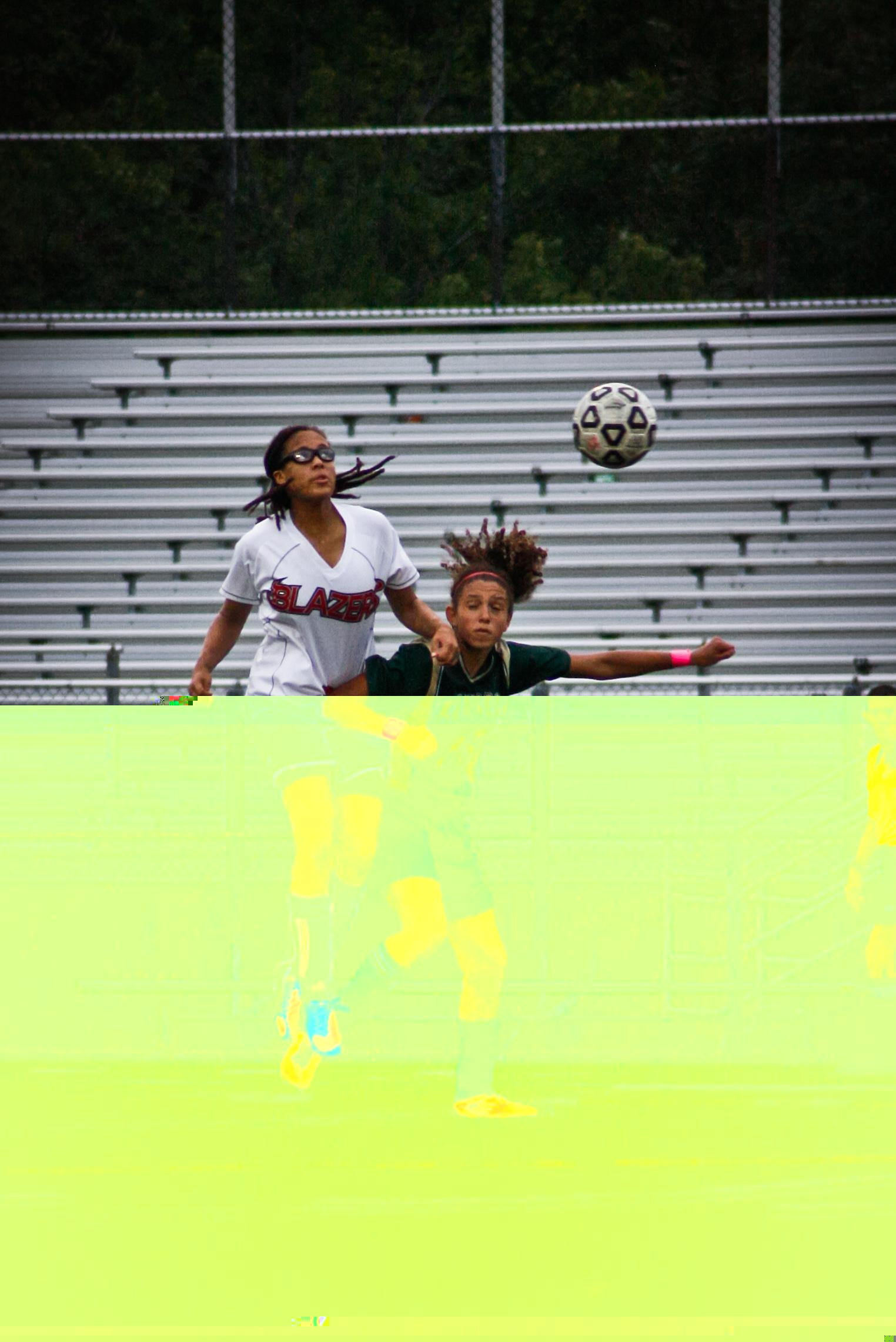 Photo: Junior Michelle McGhee fights for the ball in an aggressive game.

Photo: Junior Michelle McGhee fights for the ball in an aggressive game.

The game took off with a fast start when captain senior midfielder Anja Opsahl scored the first goal in the first five minutes of the game. Senior striker Melissa Romero followed Opsahl with the second goal ten minutes later. Romero also scored the third goal, assisted by junior Adrienne Kehne. All three goals of the game had been scored by halftime, leaving an uneventful second half. Countless off-sides calls stopped the blazers from scoring in the last forty minutes.

Though Kennedy's team lacked strong passes and communication, the Cavaliers gave the Ladyblazers a tough time on the field as they fought for the ball. "They were not as skilled as us, but they were very physical," junior midfielder Jessica Demouy said.

The Blazers had an off-day, underperforming skills they had executed well in earlier games. "We could have possessed the ball better, switched the field more, and slowed down their players," captain senior Cherrah Barclay said. 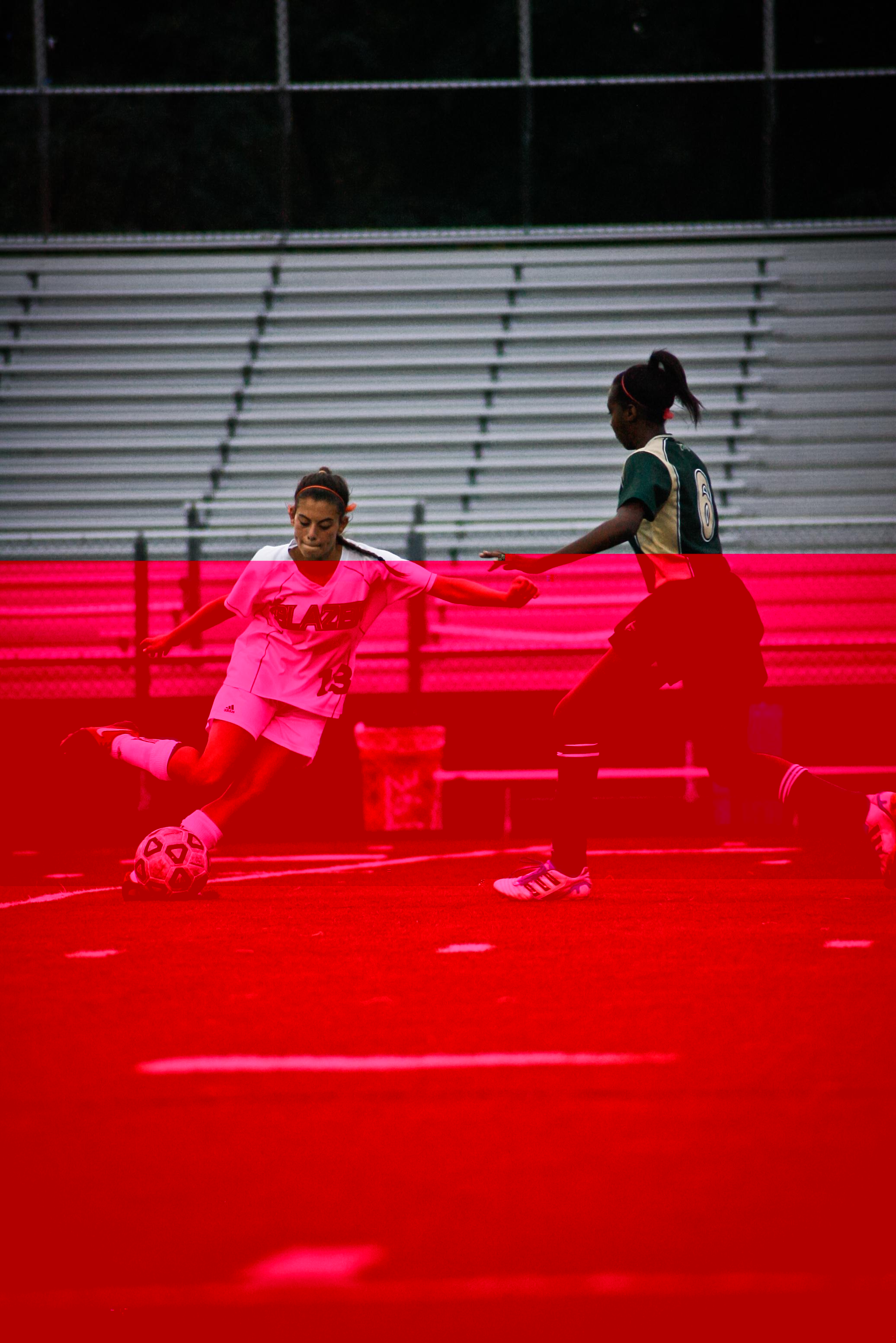 Some of the Blazers difficulty was due to a new line-up. With many starting players injured, new players got more game time. The new varsity players had to adjust to playing with veteran players and playing under pressure. "We're learning how to play without 'key' players," Barclay said. "But the younger players are really stepping it up and doing well."

Most of the team's troubles in the game were attributed to a lack of focus. Going into the game, the Blazers already knew they were the projected winners and were not expecting a very tough game. "When we played Churchill, it was intense. But against Kennedy, we seemed sleepy," Gibb said. "We need to focus and play out every game."

In their next game, the Ladyblazers take on Sherwood in a game that will probably determine the division champion. "Historically, the winner of the Blair-Sherwood game has been the division champion," Gibb said. The Blazers expect to come out with more intensity and drive when they take on their division rivals on Monday.

The varsity girls' soccer team will play its next home game against Paint Branch on Oct. 10 at 5:00 p.m.