After a strong performance in their home opener, the girls' varsity soccer team (3-2) defeated the Magruder Colonels (0-4) by a score of 9-0. With a pivotal match against B-CC coming up on their schedule, the Lady Blazers used today's game to prepare for their next competition. 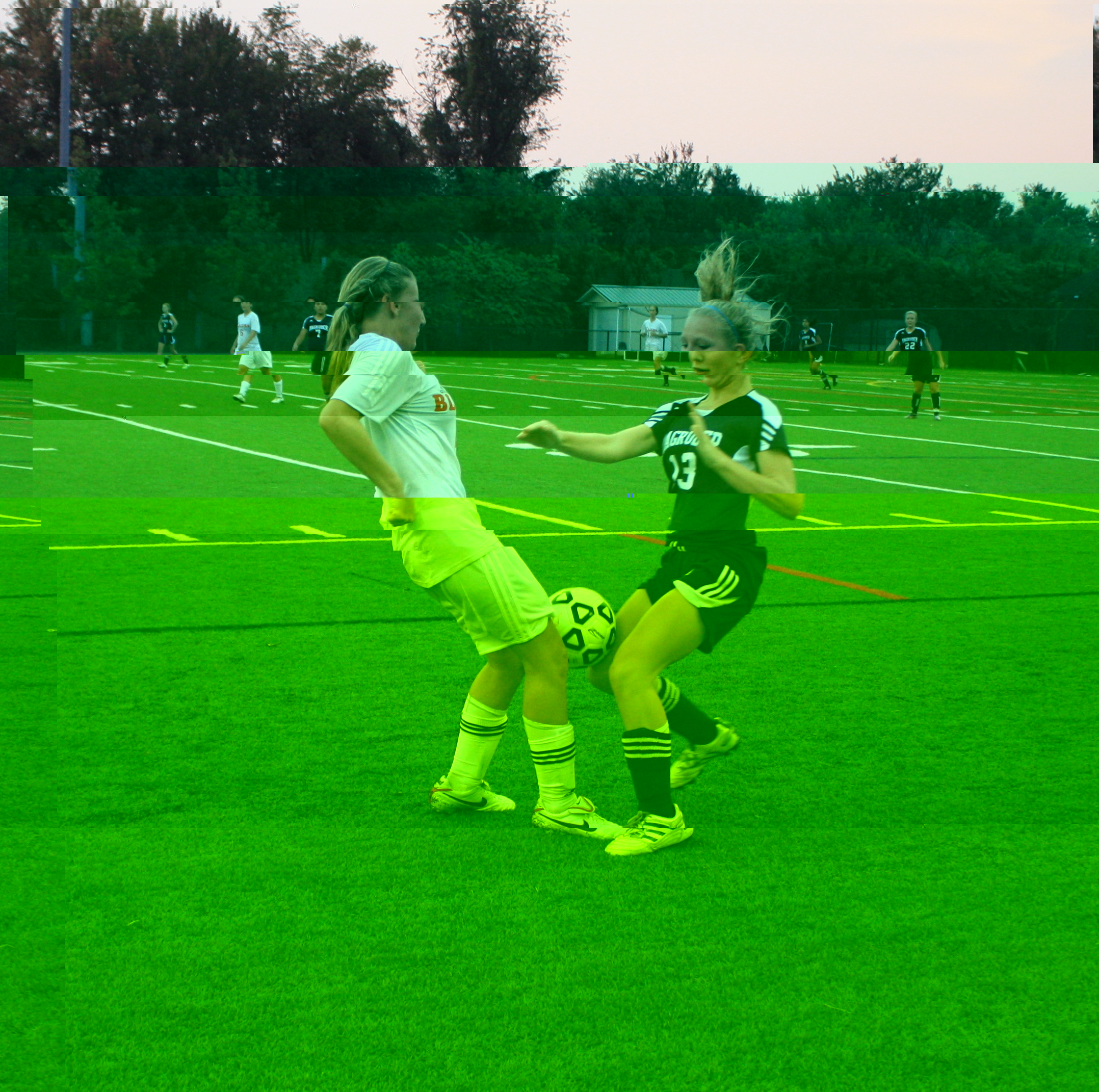 Photo: Junior Julia Lewando clashes with a Magruder defender for control of the ball.

Photo: Junior Julia Lewando clashes with a Magruder defender for control of the ball.

The team started the game out with lots of energy and aggression on both ends of the field, resulting in a quick goal by senior co-captain Sofia Read less than two minutes into the game. The Lady Blazers maintained their intensity through the match, leaving the Colonel defenders on their heels.

Read attributed the Blazer victory to the teams' cohesiveness on the field. "Everyone worked together as a unit," Read said. "We all participated and contributed equally." Along with Read, who scored the first two goals, senior Saleiha Mayer-Marks and junior Jamie Kator scored one goal apiece in the first half of play resulting in a score of 4-0 at the half. Blair's tough defensive line led by senior co-captain Sana Barclay allowed them to capitalize on Colonel mistakes and send the ball back into scoring territory.

During the game, the Lady Blazers were constantly pushing the ball forward looking to attack. In the second half of play, Mayer-Marks and Kator each scored an additional goal along with junior Julia Lewando and freshman Jessica Demouy. 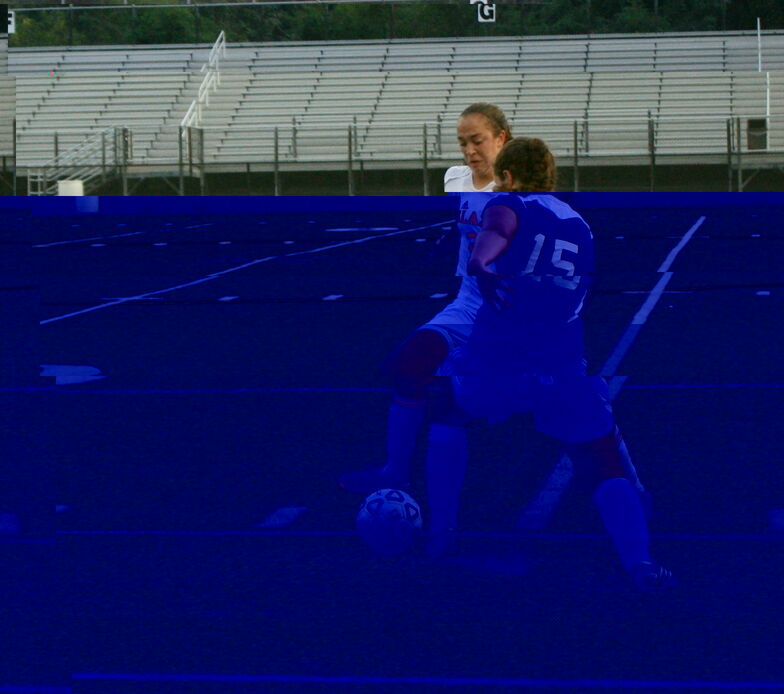 Photo: Senior Sofia Read takes the ball away from a Magruder player.

Photo: Senior Sofia Read takes the ball away from a Magruder player.

Sophomore defender Cherrah Barclay showed versatility on both ends of field, dribbling past a Magruder defender to score a goal midway into the second half. Barclay believed that the Blazer ball control played a major role in Blair's successful game play. "We executed every play and passed and distributed the ball extremely well," she said.

Head Coach Robert Gibb was impressed with the way the Blazers executed the strategies they learned in practice during the game. "I was happy to see that we were able to incorporate the skills that we have been working on into game situations," Gibb said. "Five of our goals were a direct result of what we have been doing in practice."

With back-to-back victories on the season record, Read emphasized the need to stay grounded and continue to improve as a team. "We always have room for improvement," Read said. "But if we come out with the same energy next game, we will do our best to get the job done."

The girls' varsity soccer team will play their next home game Tuesday, Sept. 28 against Springbrook at 7:00 p.m.