BLAZER STADIUM, OCT. 9 —The Blair girls' varsity soccer team (5-6) defeated the Sherwood Warriors (5-3-1) with a 1-0 victory in their third game of the division championships. The game, played in the pouring rain, was an aggressive battle not dominated by either team. 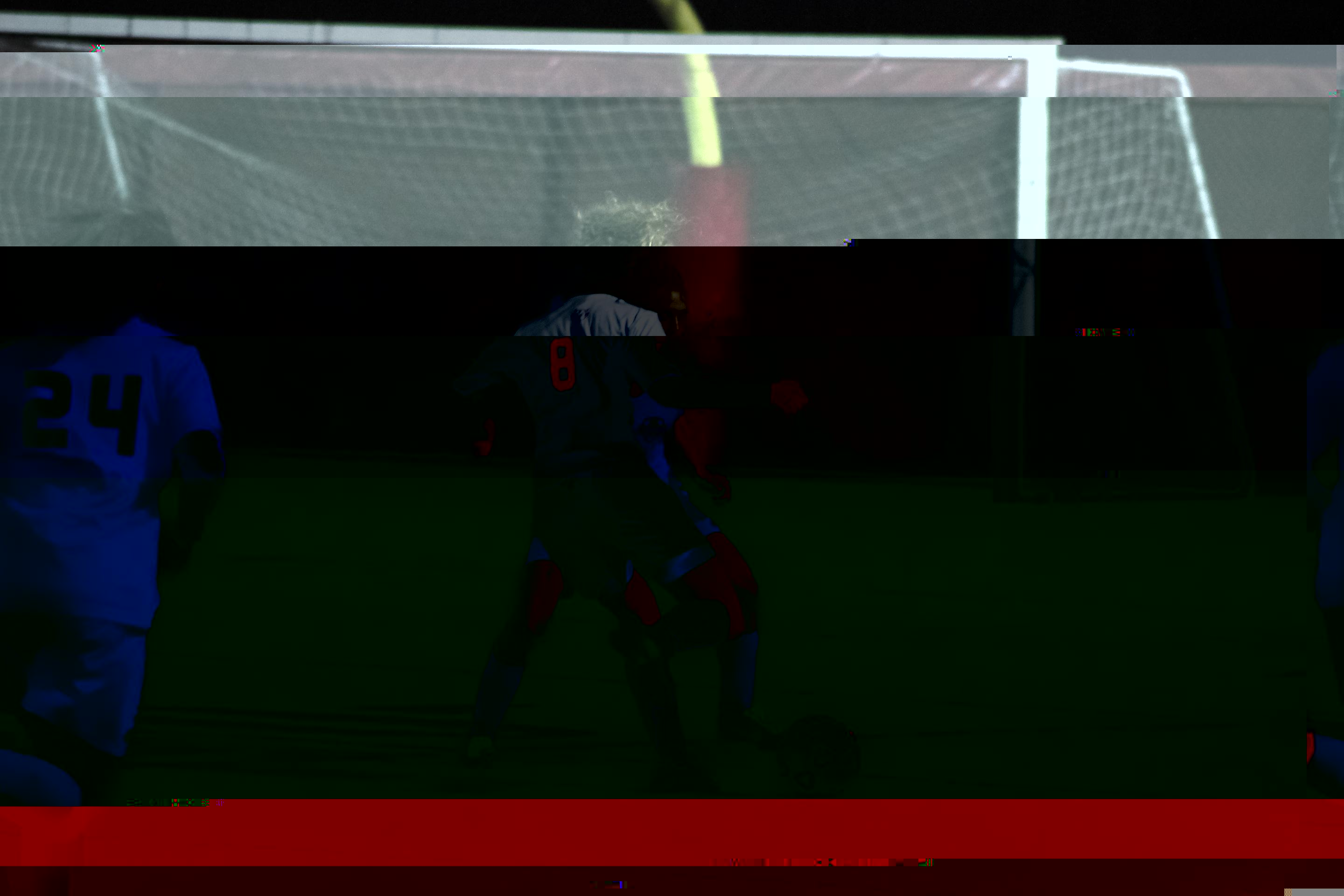 From the very beginning, the Lady Blazers challenged the Warriors, putting pressure on them and forcing them back towards their goal. Senior captains Delia Trimble and Jessica DeMouy led the offense, with seniors Katrina Golladay, Shannon Healy and Annie Pietanza, sophomore Kelly Mayo and junior Taylor Bosse all working hard to create opportunities. On defense, seniors Michelle McGhee, Adrianne Kehne and Gwladys Fotso-Chekam fought off the Warriors, shutting down each attempt with the help of senior captain goalkeeper Sadie Isakower.

Twenty-five minutes in, Bosse scored at close range, easily placing the ball right past the goalie. Following the goal, the team continued to make offensive strikes and put up an aggressive fight, but couldn't score again for the rest of the game. Meanwhile, the Warriors were unable to breach the strong Blazer defense, giving Isakower her third shutout in a row.

Head coach Robert Gibb, who had scouted the Warriors and identified the most dangerous players, was delighted by the result but unsurprised by the play. "I expected this kind of game, and I just hoped that if someone scored, it'd be us. And it was," Gibb said. 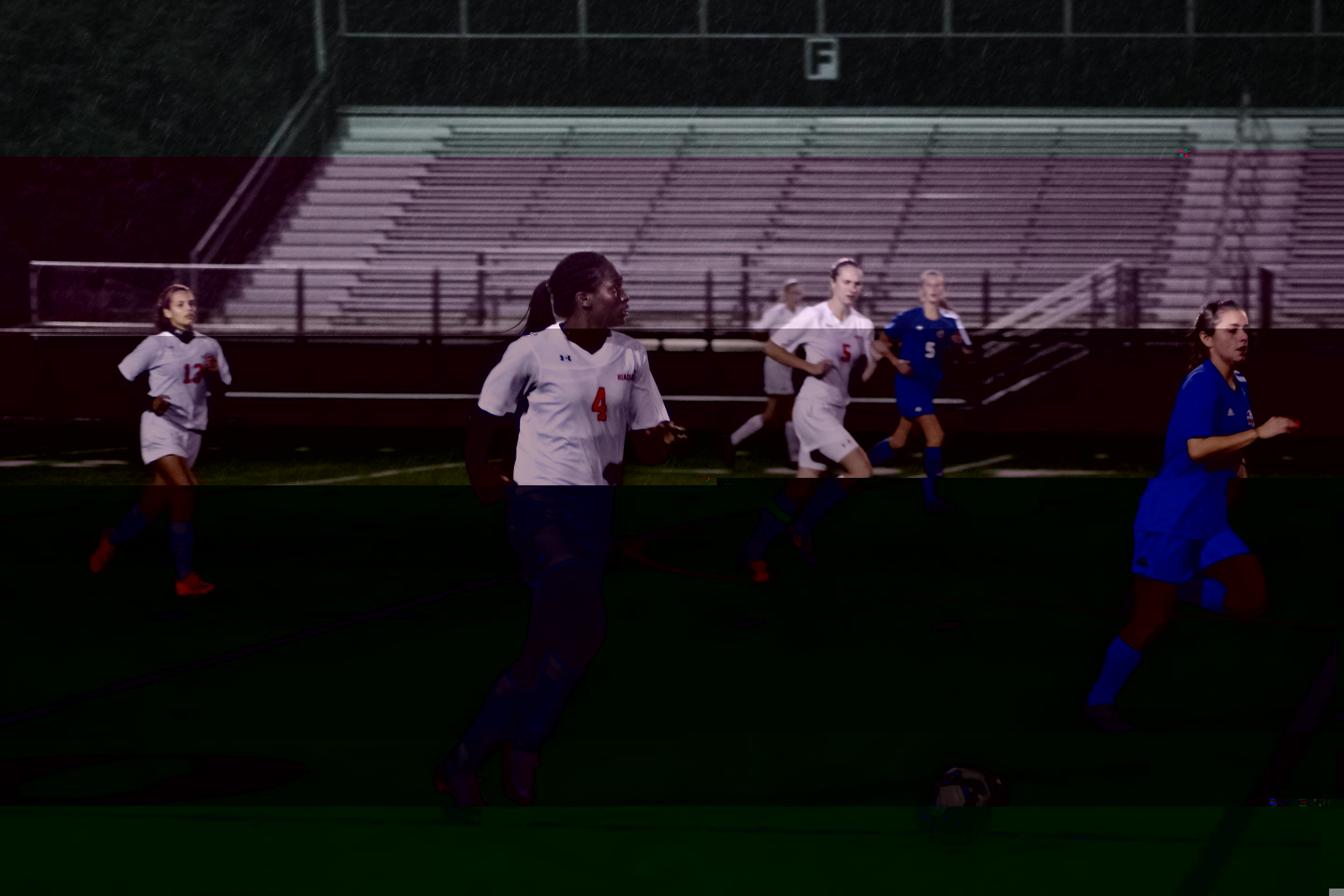 Photo: Senior Gwladys Fotso Chekam looks to pass the ball up the pitch.

Photo: Senior Gwladys Fotso Chekam looks to pass the ball up the pitch.

Every member of the team fought hard for the win. Towards the end of the game, Kehne and Fotso-Chekam began physically throwing themselves in front of opponents, often crashing to the ground or sliding on the wet turf. Fotso-Chekham in particular was crucial to the defense in the last minutes, as Sherwood amped up their offensive in attempt to equalize. Gibb was pleased by the aggression and effort shown. "We were gritty," he said. "We really fought till the end. And we got the job done."

The team was very proud of the result. "We had really good chemistry, good intensity," Bosse said. The win is also promising as they work towards the division championships. "We're in divisionals now, we've won the past two, and if we win the next couple, we win divisionals," Bosse said.

There is still work to be done, however. "We need to work on crisp passing," Pietanza said. "We want to be playing our game, not theirs." Still, Gibb was satisfied with the game, especially given the upcoming senior night. "Senior night is the night to commemorate seniors, and we have 12 seniors this year, so it's extra special. So my job is to make sure we win, because if we don't win senior night, that kind of sucks," he said. As the team prepares for that game, they'll celebrate this win. "It was an awesome game," Gibb said.

The Girls' Soccer team will play its next home game on Tuesday, October 15 against Springbrook at 5:00 (Senior Night)