Blazers triumph over Wildcats in a close divisional game

The Blair girls' varsity tennis team just barely came out victorious over Walter Johnson in their second divisional game and fifth game overall. The Blazers (4-1) edged past the Wildcats (2-3), winning four out of the seven matches played.

Blair's first two singles players, freshmen Priscah Rodenhuis and Emma Shillerstrom, cruised through their matches, both winning two sets to none. "I played pretty well today," Shillerstrom said after her 6-0, 6-2 victory. "I was able to get to a lot of difficult shots."

Junior and team captain Divya Rajagopal also had an easy win, scoring 6-1, 6-0 over her opponent. "This was probably the best I played so far this season," Rajagopal said. "I had good control over the court."

However, all three of Blair's doubles teams were bested by those of Walter Johnson, which led to a total score of 3-3. The tie was broken by sophomore Lauren Frost, who bested her opponent in a three set thriller. Frost came up short in her first set, but made a comeback in the next two with consistency and confidence in her shots and movement on the court. With a final score of 5-7, 6-3, 6-3, Frost slowly but surely secured the game for the Blazers. "There was definitely some pressure on me for us to win," Frost said. "I had a lot of support from my teammates cheering me on and my coach who gave me some good advice."

Head coach David Ngbea was in high spirits after the team's close game. "Something I'm very proud of is the team's fighting spirit," Ngbea said. "We're getting better and better each game." 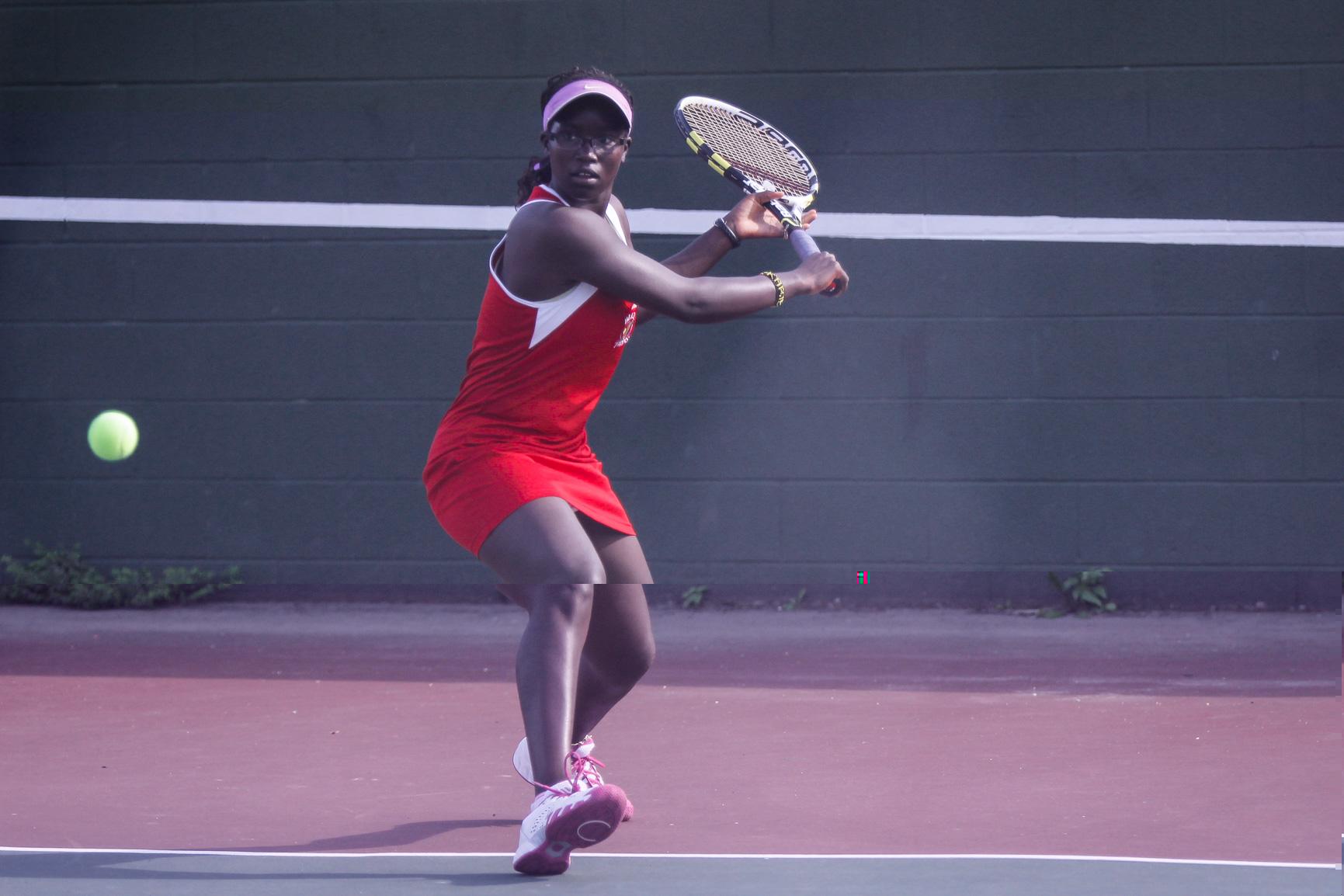 This win puts the Blazers at an undefeated record in two divisional games, leaving Ngbea with a positive view on their future divisional games. "We played well today, and that says a lot about how well we will play in the future," Ngbea said. "I'm just hoping we can stay as focused as we were today."

The girls' tennis team will play its next home game on Wednesday, Sept. 17 against Poolesville High School.