The Blair girls' varsity tennis team beat Poolesville in a long, hard-fought game on both sides. The Blazers (5-1) came out on top of division rival Poolesville (3-3) after battling back from losing the first three doubles matches.

The Blazers came back by sweeping all four singles matches. Junior and team captain Divya Rajagopal, sophomore Lauren Frost, and freshman Priscah Rodenhuis all battled through long back and forth matches to keep Blair's hopes of winning alive. But in the end it came down to a decisive victory by freshman Emma Shillerstrom, who won the game for Blair with a hit that got away from her opponent and landed within inches of the baseline. 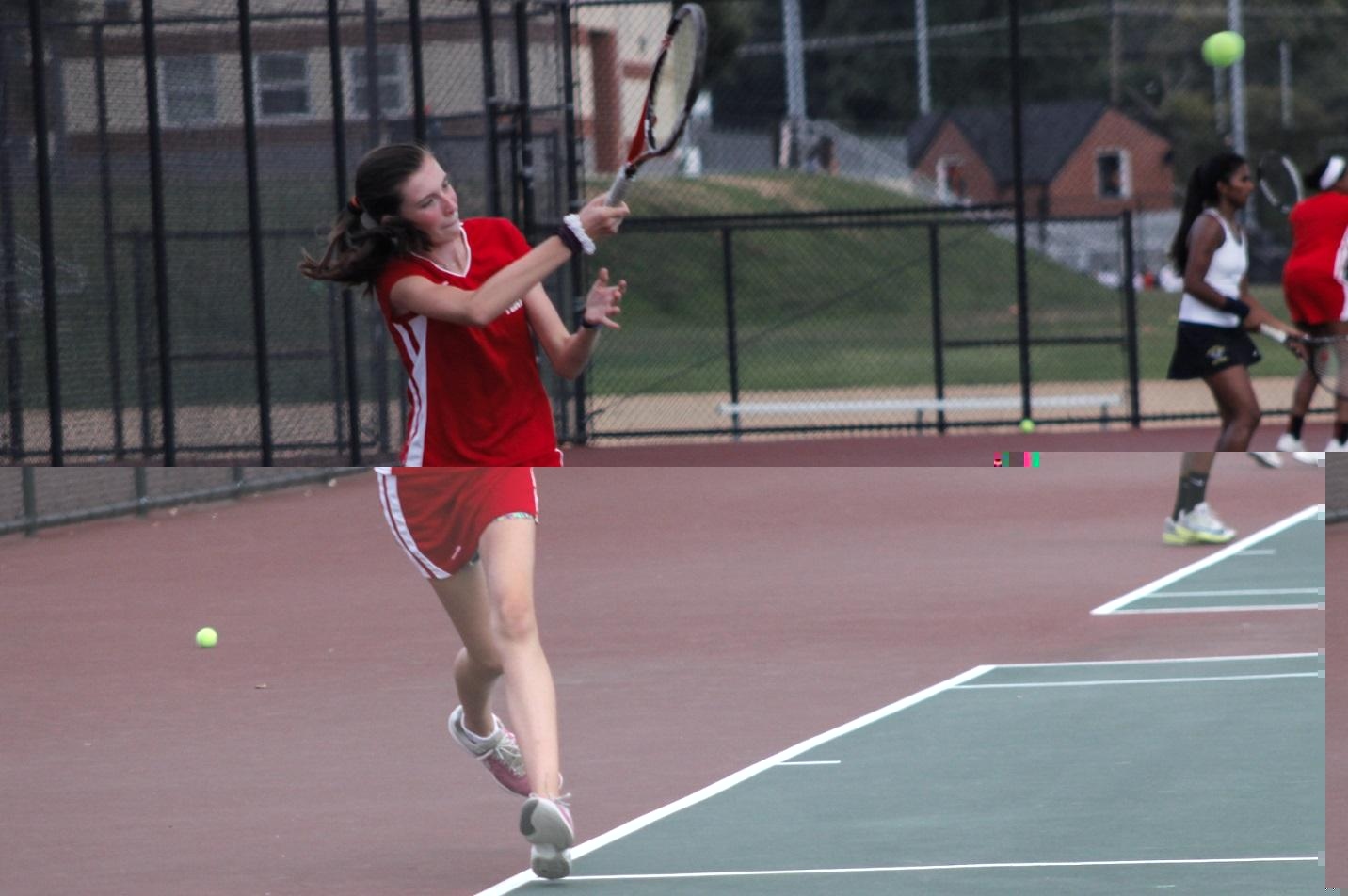 Shillerstrom didn't seem to have any trouble keeping her cool in late moments of the game. In the end she didn't have much trouble beating her opponent. "I got to a lot of shots that were hard to get to," Shillerstrom said.

The game was a crucial divisional win for Blair. Head coach David Ngbea was impressed with how his team fought through the game. "I think it was a long fight but we overcame that because it was a difficult match, and because right from the beginning we were looking to win all four singles, which is not easy to do," Ngbea said. "We were able to hang in there, almost all the matches were difficult despite of the scores. They don't reflect on the strength of {Poolesville} and I think that we were equally matched," he added.

On the other hand, the doubles continued to struggle as they have in recent games against Walter Johnson and Churchill. However, even after losing they managed to stay positive and help cheer their teammates to victory. Junior captain Daliah Barg said that even when she was losing, she never stopped thinking positive thoughts. "Daliah is very good support," added her doubles partner Arianna Sankar.

In the end it was Blair's resiliency that allowed them to battle out the victory. However, everyone admitted there were still things to be improved on. "We need to improve on just keeping the ball in play really, because the reason we lost is we essentially beat ourselves," said Sankar.

Coach Ngbea also added that the girls have to improve on their footwork. "We have to be a little more clear in terms of what to do with our feet many of the points we lost, was because of our footwork, not because of a forehand or backhand, but because our bodies weren't there, and we can rectify that," Ngbea said.

The girls' varsity tennis team will play its next home game on Friday, Sept. 26 against Northwest High School.