Blazers triumph in first game of the season

The Blair girls' varsity tennis team (1-0) proved victorious in their first game of the season against the Paint Branch Panthers (0-1). The Blazers began their season on a high note, with a winning score of 6-1. 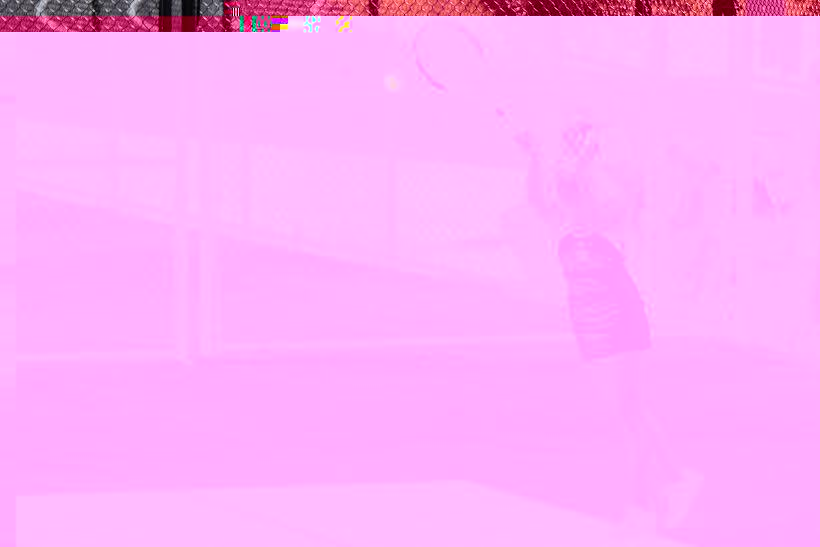 The first two singles matches were played by freshmen Priscah Rodenhuis and Emma Shillerstrom. Rodenhuis won her match in straight sets, using her agility and strong groundstrokes to force her opponent out of her comfort zone. "I think I hit my return shots really well," Rodenhuis said. Shillerstrom won in straight sets as well, showing consistency on the court as she responded with ease after any points she missed. "I came back multiple times, and I think I tried my best," Shillerstrom said.

The doubles matches proved to be more troublesome for the Blazers, with doubles partners and team captains Daliah Barg and Arianna Sankar barely managing to come out on top in the first doubles match. Barg and Sankar won two out of the three sets they played, and their ability to move as a unit and cover the court well allowed them to finally prevail over Paint Branch after a series of incredibly close games.

Head coach David Ngbea showed pride in the team's performance during their first game, especially that of the freshmen. "It is good that we won because it was our first match, and for many people on the team, it's their first competitive tennis match," Ngbea said. "So in that sense… today is a really good day."

However, Ngbea and his team agreed that they could improve upon some aspects of their playing. "We made some mistakes, but that's expected since the stress level would be quite high during the first game," Ngbea said. "I believe most of our mistakes were from serving and volleying, but we have the time to work on it." Rodenhuis, for instance, decided that she needed to spend more time on her serve. "My weakness today was definitely the serve," Rodenhuis said. "I feel that I can improve if I practice my serves more often."

Overall, Ngbea felt that, after their first win, the girls' tennis team will have a promising and positive future. "They hung in under very trying conditions, such as the overwhelming heat and humidity, and I didn't see anyone quit," Ngbea said. "I feel grateful and excited to be working with such a fighting team this season."

The girls' varsity tennis team will play its next home game on Monday, Sept. 8 against Winston Churchill High School.