Blazers fall to division one champions

The Blair girls' varsity tennis team suffered a sizeable loss to the Wootton Patriots(7-0) in their final home game. The Blazers (7-3) won just two of the seven matches they played against the Patriots.

The two games won were played by freshman Emma Shillerstrom and sophomore Lauren Frost. Shillerstrom showed agility and precision throughout her game as she returned many tough shots, winning with a score of 6-3, 6-2. "I thought I was able to get to some really tricky shots today," Shillerstrom said. Frost had a similar approach: wearing out her opponent with consistent shots and coming out victorious with a score of 6-2, 6-1. "The other team was really challenging," Frost said. "I'm happy I won, and I played one of my best matches today."

Unfortunately, Shillerstrom and Frost's victories were not enough; the rest of the team had trouble against the Patriots. Wootton's girls' tennis team boasts the status of being this season's division one champions, as well as having nationally ranked players. Head coach David Ngbea believes that Wootton's title may have been a factor that hindered the Blazers' playing. "It seems like some of our team lost the game before they started playing," Ngbea said. "The rumors about Wootton's team could have gotten into their heads and made them feel less confident." 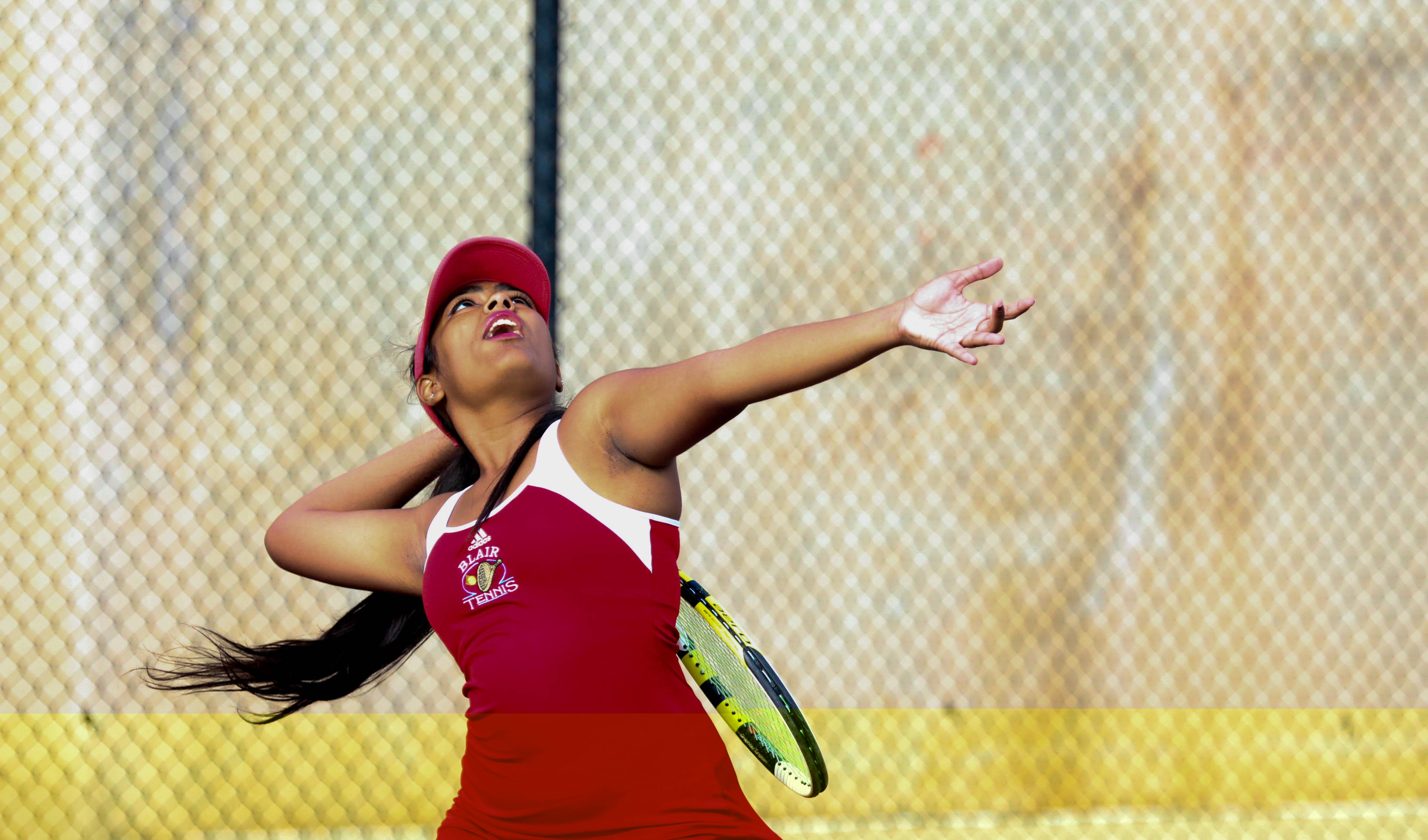 However, Ngbea has yet to lose his belief in the team's fighting spirit. "[Wootton] is a really challenging team, and I'm glad they tried their hardest and played very well in certain areas."

This was the team's last home game and third to last game of the season, and the team has expressed nothing but positive feelings about it so far. "This was a great season for us," Ngbea said. "I was happy to see us improve in many areas from the start of the season." The players show similar sentiments. "This season was a lot of fun." Shillerstrom said. "We played very well in a lot of games."

Despite ending their series of home games on a low note, the team continues to stay optimistic about their future games. "We've had a really strong season so far," Frost said. "Hopefully we can go far in the county tournament."