A combination of skill and intensity enabled the Lady Blazers to defeat the Magruder Colonels 75-37 on Wednesday. The team controlled the game with aggressive defensive strategies. After scoring the first point within 20 seconds, the girls played consistently throughout the rest of the game.

Photo: Senior Inkera Patterson lays up a shot in the first quarter.

Photo: Senior Inkera Patterson lays up a shot in the first quarter.

Coach Erin Conley was happy with the team's performance. "They really brought the intensity," she said. "We played all four quarters consistently. Consistency was a problem before." Sophomore guard Gabbrielle Smith noted that the Blazers were able to follow through on their initial lead. "Once we got to that 10 point lead, it just escalated from there," she said.

Though the Colonels made the last basket, the Lady Blazers scored six points during the last minute of the fourth quarter. Blair's defense was especially strong during the last few minutes of the game and junior forward Sarah McMillian contributed to the tough defense. "Our defense was a lot better at the second half. We really hustled," sophomore forward Rose Kalala said.

The turning point for the Lady Blazers occurred midway through this quarter when sophomore forward Johanna Lopez jumped between passes and stole the ball three times before executing a quick layup, bringing the score to 66-31.

Setting their team's pace for the beginning of the fourth quarter, the Colonels finished the third quarter with three consecutive layups, bringing the score to 59-25. The ball was in Magruder's possession for the last few minutes of the third quarter with occasional steals from Blazers, including point guard Smith and guard sophomore Morgan Chase. 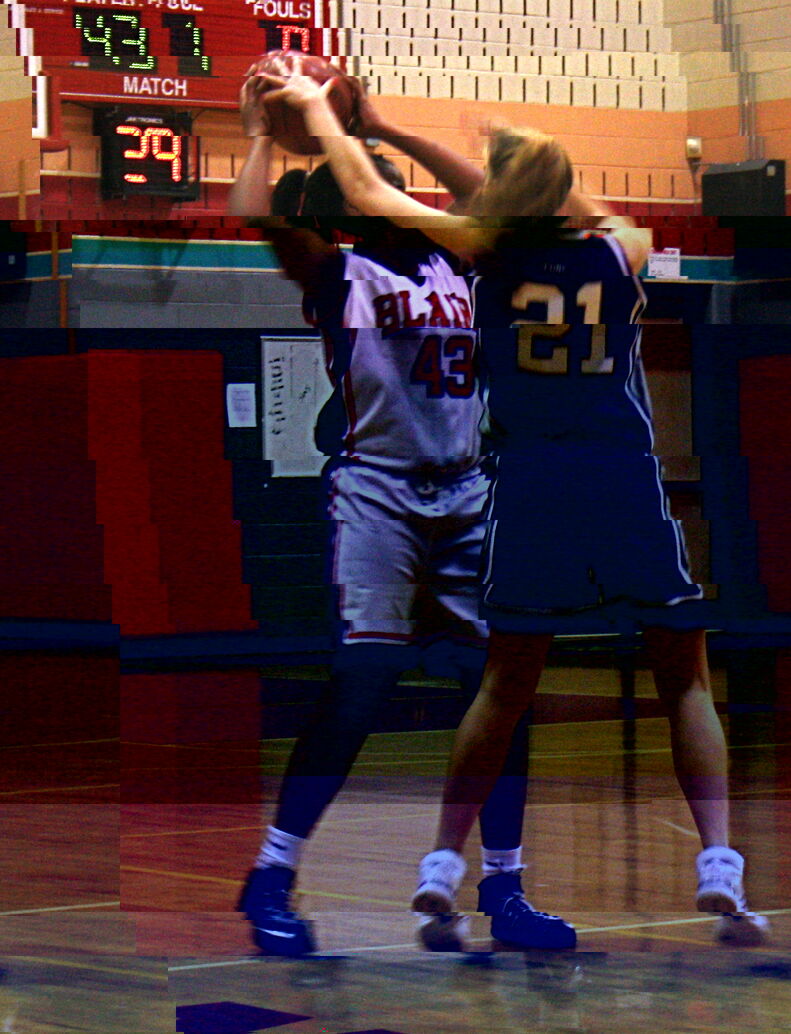 Junior guard Janet Henkai held the reins of the game in the first half of the quarter. After performing a successful assist, Henkai made both free throws, bringing the Lady Blazers to 52-15. At this point, the Colonels had not scored since halfway through the second quarter.

But the Colonels faced difficulty during the second quarter as well. Four members sustained injuries from harsh falls and the team had a few turnovers due to traveling calls. Meanwhile, the Blazers demonstrated strong team skills and cohesion.

Conley was proud of the team's ability to work together. "I think we played very well as a team," she said. "We limited the other team to 30 something points. That's pretty good."

Chase sensed the strong teamwork was the result of hard practices. "We've been more focused and intense during practices," she said. The team worked especially on shooting and grabbing rebounds. "Our team as a whole made most of our foul shots," Smith said. "We only missed three."

Girls' varsity basketball will play their next home game Wednesday, Jan. 27 at 5:15 p.m.