Blazers defeat Bulldogs in second round of playoffs

The girls' varsity basketball team (20-4) defeated the Churchill Bulldogs (19-5) by a score of 60-47 and will go on to play the undefeated Gaithersburg Trojans on Wednesday. Senior Johanna Lopez led all scorers with 25 points and senior Myla Sapp added 19 points in the win.

Blair started the game off strong with senior Olivia Nono stopping most of Churchill's plays. Nono's key positioning allowed her to catch rebounds and make passes for layups to senior Morgan Chase. "The fact that we played good defense kept the other team down," Nono said.

While the Blazers were playing to their strengths, their offense was not strong enough to penetrate Churchill's defense.

During the second quarter, the Bulldogs switched to a 3-2 zone defense to suffocate the ball and prevent Lopez from going to the hoop. "In the first half, we were not playing Blair Basketball and we needed to transition to offense," Lopez said. "We needed to pick it up if we want to win." By the end of the second quarter, Blair was down five points. 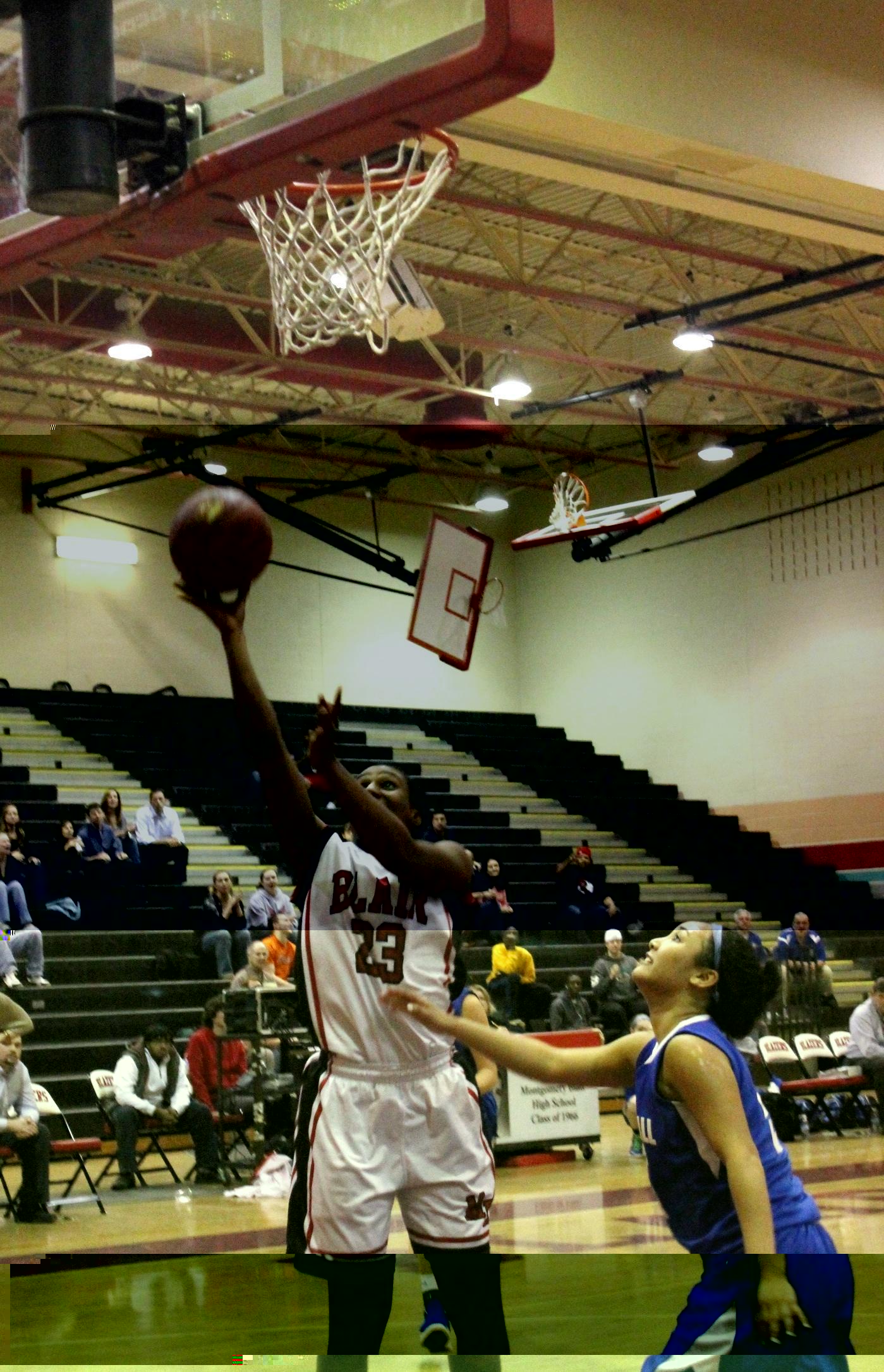 Photo: Senior forward Johanna Lopez aims for a lay-up during the playoff game against Churchill.

Photo: Senior forward Johanna Lopez aims for a lay-up during the playoff game against Churchill.

At the start of the third quarter, head coach Erin Conley encouraged more offensive energy to drive the ball down the court. "We needed a stronger leadership presence and more seniors on the court because they handle pressure well in situations like these," Conley said. With a stronger offensive lineup, the Blazers were able to overcome the Bulldog's defense to force several free throws and turnovers. At the end of the third quarter, the Blazers tied the score at 41.

Going into the fourth quarter, the Blazers used their momentum to continue scoring points and to built an advantage over the Bulldogs. Churchill's plays became more and more disorganized and causing them to make countless turnovers. "The difference between the first half and second half was we played together and played intensely," Lopez said.

On Wednesday, Blair faces the Gaithersburg Trojans who currently hold a 47 game winning streak. "I am really proud of how they played tonight and our team work and leadership in this game greatly improved," Conley said. "Hopefully we will be able to carry that same energy on Wednesday."

The girls' varsity basketball team will play their next playoff game on Wednesday, Feb. 29 at Gaithersburg at 7:15 p.m.