Blair shuts out Clarksburg in a 1-0 game

Before the game the seniors had their moment in front of their families to celebrate their years on Blair soccer. After many photos and a pep talk from the captains the game began.

Blair took the kickoff, using a strong offensive line, immediately putting the Clarksburg Coyotes on the defensive. After four minutes of strong attacking in the Coyotes' half, sophomore Maddy Merrill shot a long ball from the right corner towards the goal, but the Clarksburg goalie blocked the shot. Eight minutes in, freshman Noa Dorah followed Merrill's lead and shot another long ball from the right corner. This time the Coyotes goalie could not make the save and Blair scored, making it 1-0. 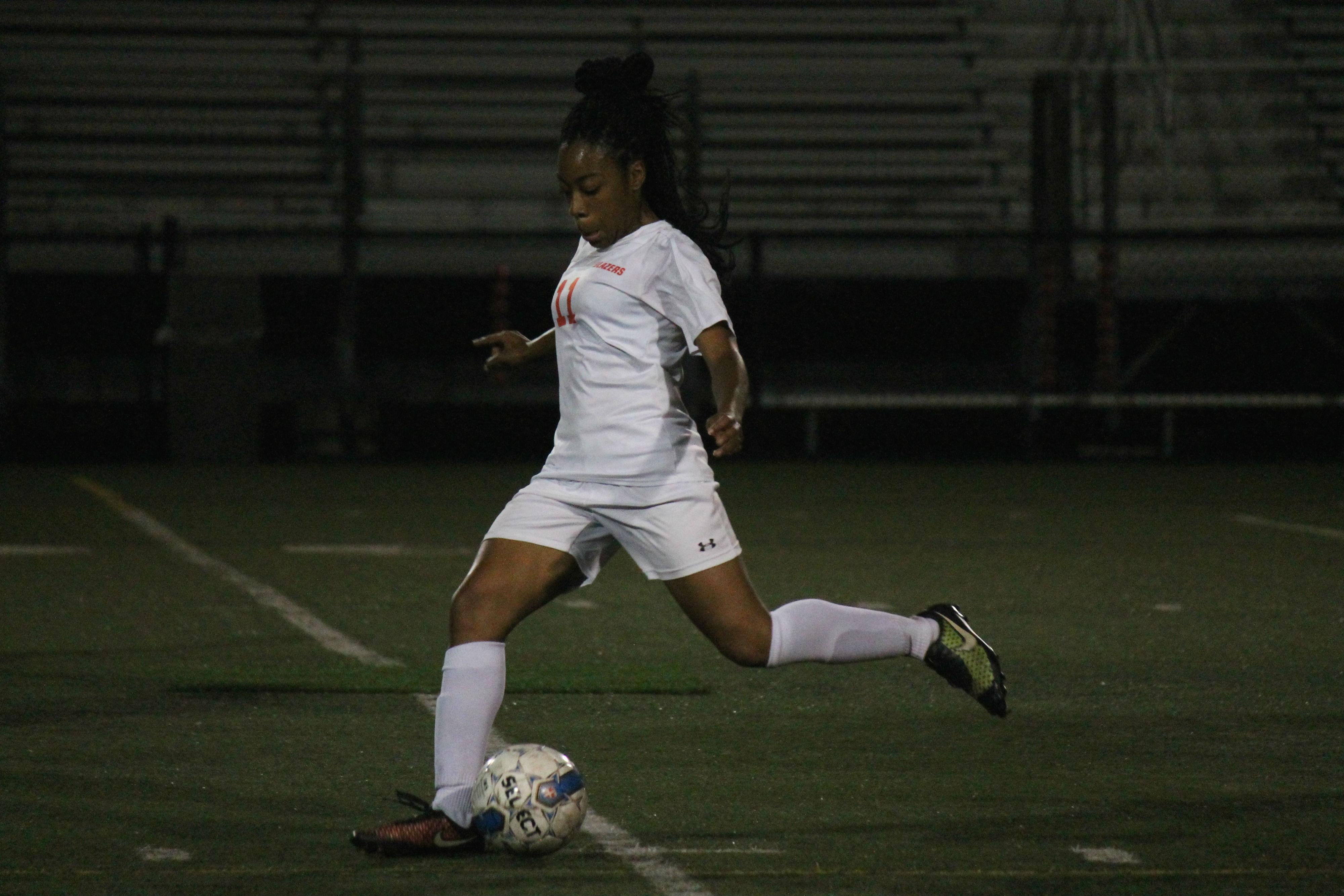 Junior Nina Jefferies received a ball down the center which she passed to junior Aida Ayuk in the right corner. With the defense pressuring Ayuk, she passed to freshman Janie Pitner who kicked a strong shot from center toward the goal. Clarksburg goalie smothered it quickly and sent it back toward Blair's goal.

Throughout the first half, Blair and Clarksburg pushed the ball back and forth across the midline. Blair was the more offensive of the two teams, forcing the Clarksburg defense back consistently. With the Blazers' offense pressuring every ball and the Blazers' defense holding the midline the ball stayed mostly on the Clarksburg side. Clarksburg was able to get some shots on goal, but all were stopped by freshman Bernadette Hargrove. The half ended with Blair in the lead, 1-0.

The second half of the game was very similar to the first half. Blair kept the ball mostly on Clarksburg's half only giving up possession a few times. Senior Joelle Nwulu, Dorah, Merrill and Pitner dominated, taking many shots on goal and working together to keep the ball rolling towards Clarksburg. They used strategic passing as a way to keep the ball from the Coyote defense's feet. The game ended 1-0 in favor of Blair. Coach Robert Gibbs credits their win to the seniors. "I started all the seniors tonight, they all played the first 20 minutes because it was their day and their game and they earned it," he said. 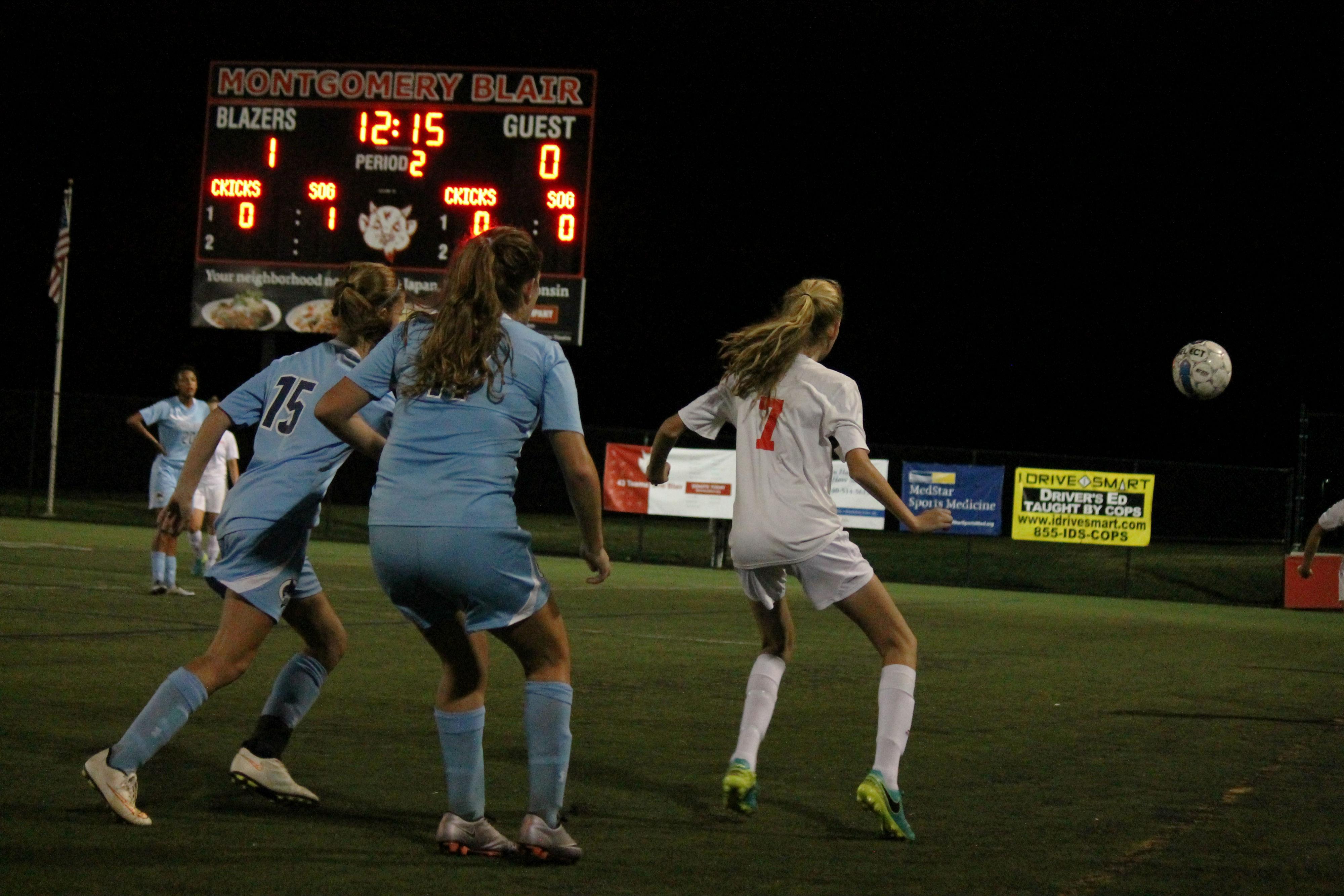 Many of the other players agree that the seniors led the game. Senior Izzy Lott said " We used a strategy called winning and it worked. Now we are ready to go win in the playoffs."

The date and opponent of Blair's girls varsity soccer is to be determined after earning a first round bye but the game will be at Blair.