In a match against the Kennedy Cavaliers (2-9), the girls' varsity volleyball team (4-7) dominated the game and emerged victorious with final scores of 25-14, 25-19 and 25-15. Clean passing and strong serving by each player attributed to the quick three set win. 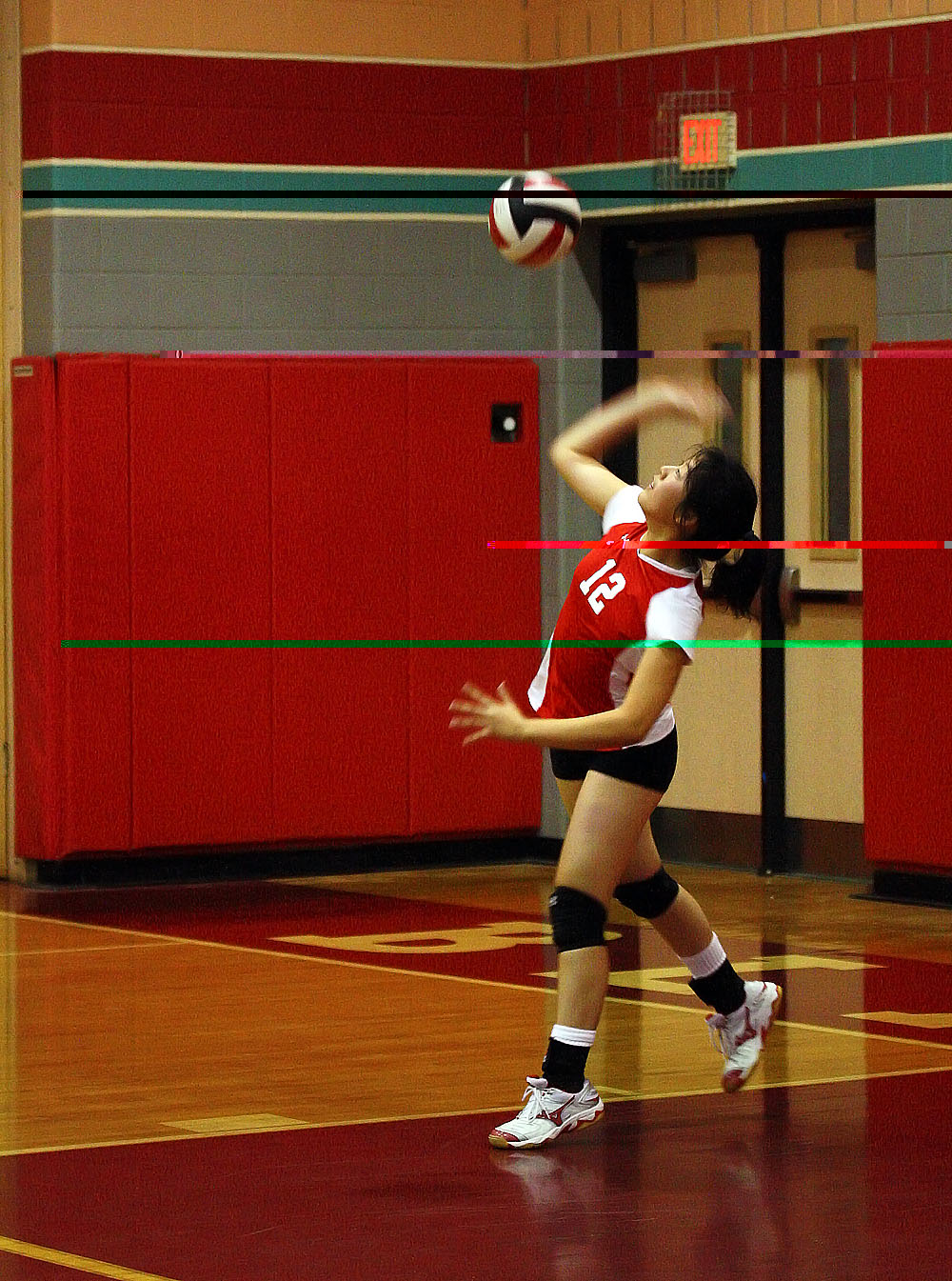 Photo: Junior middle Linda Kang serves the ball. The Blazers completed 47 serves, 24 of which were aces, in Thursday's win.

Photo: Junior middle Linda Kang serves the ball. The Blazers completed 47 serves, 24 of which were aces, in Thursday's win.

For most of the game, the Lady Blazers led Kennedy by extremely large scoring margins. Despite their efforts to catch up, the Cavaliers were unable to compete with Blair's numerous aces. The Blazers served 47 times, 24 of which were aces. "Our serves were pretty good and we passed well, which were all essential to the win," senior co-captain Libby Wei said.

Prior to the match, the Blazers expected to beat Kennedy—a team that historically falls to Blair when the two schools play. "I mean, obviously, no one hopes to lose, but Kennedy was definitely a team that we had a very good chance against," senior co-captain Nika Lilley said. Lilley finished the game with a team high in every category: nine aces, 11 digs and 15 kills.

In the first set, the Blazers got off to a slow start as they fell behind the Cavaliers by four points. However, they rebounded shortly after and relied on three aces, including a back-to-back pair by junior middle Linda Kang, and a pair of kills by Lilley, to steal the lead. Blair held onto the lead for the rest of the first set. When the score reached 19-14, Kang's six serve run, which included a final pair of aces, sealed the final score of the first set at 25-14. 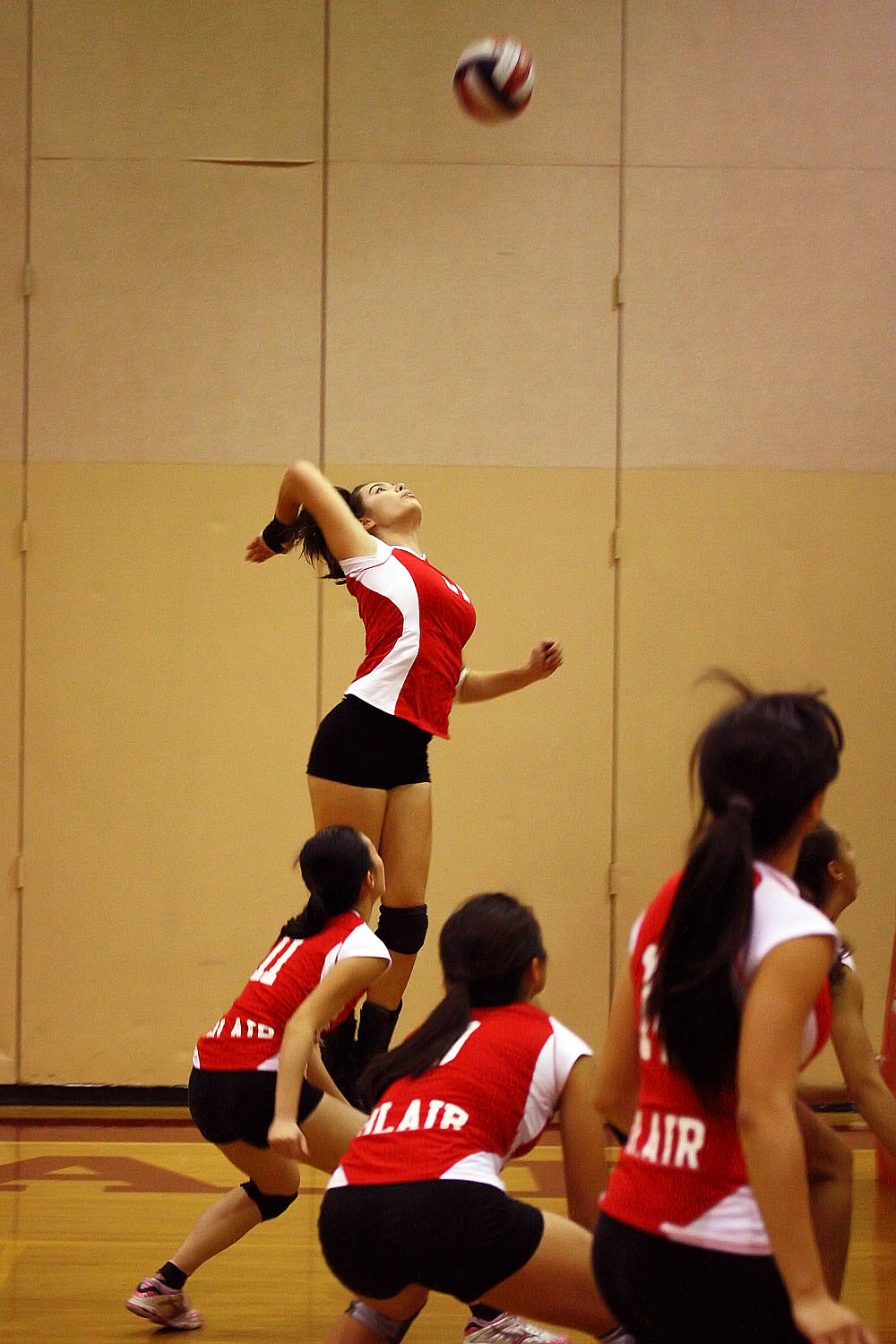 Photo: Senior outside hitter Nika Lilley spikes the ball against the Cavaliers.

Photo: Senior outside hitter Nika Lilley spikes the ball against the Cavaliers.

The score during the second set was closer than the first. Blair won the first point of the set, but could not pull away with the lead. When the score was 8-10 in Kennedy's favor, the Blazers went on a scoring rampage. Wei had a five serve run that helped bring the score up to 15-10 and solidify her team's lead.

But after a pair of aces late in the second set by Lilley, Blair's lead increased to 22-13. The Cavaliers caught up at 22-19 when Blair slipped up with a few errors. However, Kennedy was unable to win the three remaining points and lost the second set.

At the start of the third set, Blair was fired up after only winning the previous set by a few points. When the set was tied at five points a piece, Lilley scored three consecutive kills to bring the score to 8-5.

Despite the final score, the third set was more competitive than the first two. Towards the middle of the set, the ball soared over the net about eight times before Blair won the hard-earned points. Wei had three consecutive aces shortly after and brought the score up to 19-12. When the score was at 21-15, Blair solidly dominated the court and Lilley finished off the Cavaliers with a kill and three consecutive aces. 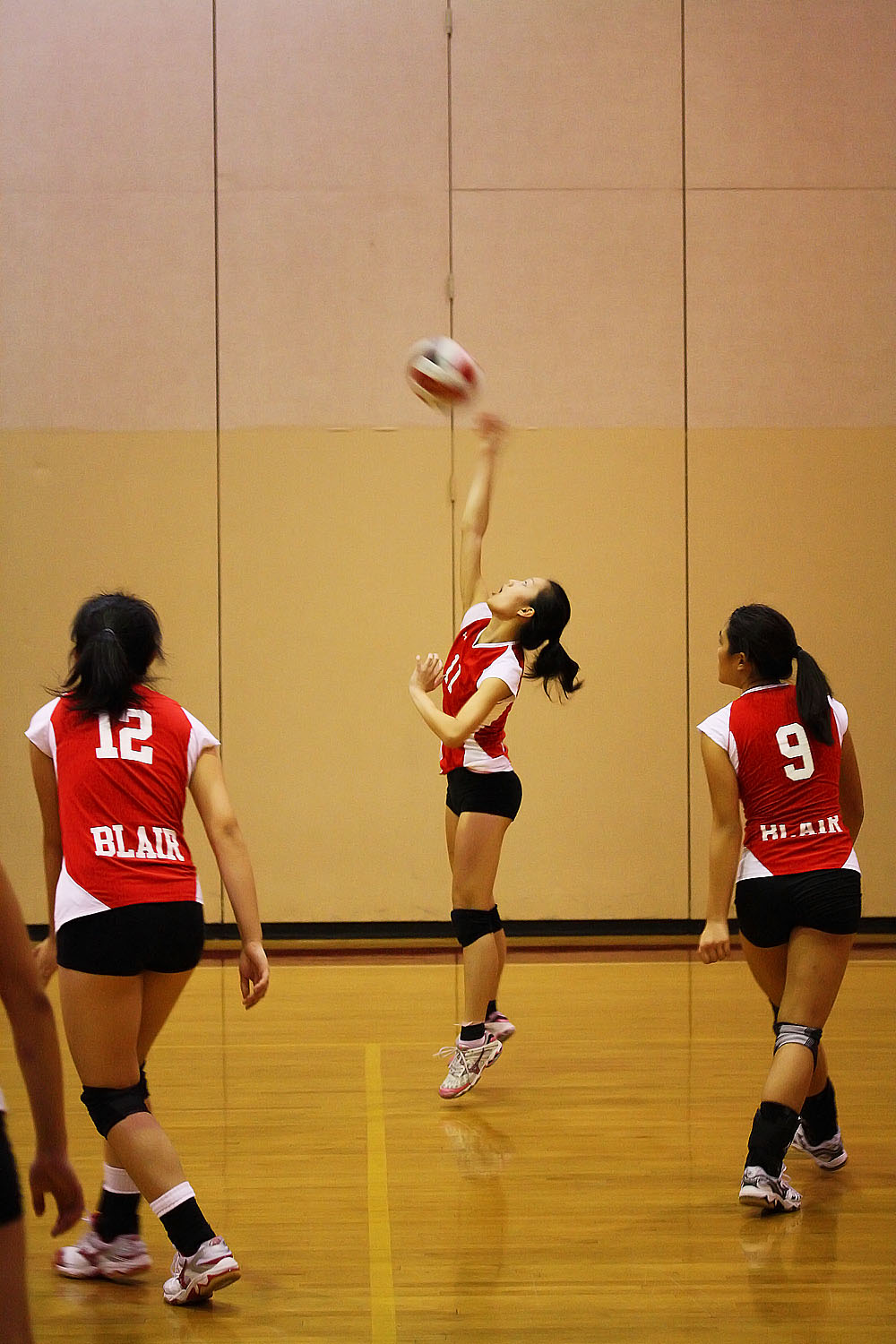 According to Wei, the team executed many skills, despite playing against a team that is different than most of the other volleyball teams in the county. "When we play a team that has a lower skill level than us, we tend to play down to their level instead of making them play up to our level," she said.

As the Blazers approach the end of their season, they recognize that there is still time to improve their skills in preparation for playoffs, according to head coach Christopher Klein. "We have to keep tightening up offense and defense. We have a lot of abilities, so we have to run offense that caters to those," Klein said. Lilley agreed and added, "Without very specific and careful coaching, it's easy to develop improper form."

After the win, Klein was optimistic about Blair's potential to be an even more dominant team. "There were a lot of flashes where we ran good offenses. If we built consistency, we could be a really scary team," he said.

Despite the workload and practices ahead, the team took a moment to savor their first win in weeks. "[I'm] quite happy," Lilley said. "It feels great to win after losing our [past] few games."

The girls' varsity volleyball team will play its next home game on Friday, Oct. 28 against Walter Johnson at 6 p.m.