In the premier game that set high standards for the course of the season, the varsity girls' volleyball team (1-0) put forth skilled effort to defeat the Kennedy Cavaliers (0-1) in solid margins. The team merged teamwork and talent against the Cavaliers in consistent surges of defensive strongholds, resulting in three straight wins with a final score of 25-20, 25-10 and 25-11. 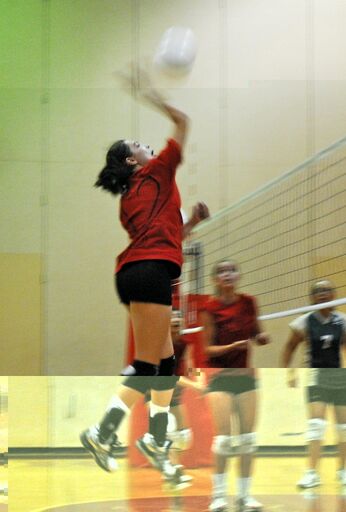 Both teams were equally matched in performance at the start of the game. The Blazers executed forceful serves and timely saves while the Kennedy girls countered, scoring just as frequently with several spikes. Towards the end, however, the Blazers increased their energy with cohesive plays and pulled through to beat Kennedy in victorious but close sets. Blair's girls handily demolished the Cavaliers in the final two sets, using a combination of fast saves and intense rallies to secure quick victories. With a mixture of excellent leadership and quality technique, the girls have set the course for a promising season.

In the beginning of the first set, the Cavaliers presented themselves on par: as the Blazers' score climbed, the Cavaliers were close behind as each team capitalized on the other's offensive mistakes. Due to a series of faulty serves from Kennedy's side, the Blazers won 25-20.

For the second set, the Blazers exerted real dominance and took a decisive seven-point lead early on. While Kennedy gradually closed the gap, the Blazers became more aggressive in attack, delivering hit after hit courtesy of seniors Sibyl Brown and Katie Hague. Despite minor technical mistakes, Blair's girls finished the set at 25-10.

Throughout the third set, the Blazers mimicked their aggressive strength from the second set and took an initial lead at 6-0. The home team maintained the wide advantage since Kennedy failed to combat their tight volleys. While Kennedy rebounded in the middle to earn a few points, a subsequent suite of faulty serves and dropped balls caused them to lag behind. Blazers soon raised their resilience level by placing 13 consecutive points assisted by the offense of senior captain Elaine Brice and sophomore Nika Lilley, concluding a 25-11 victory over the Cavaliers. 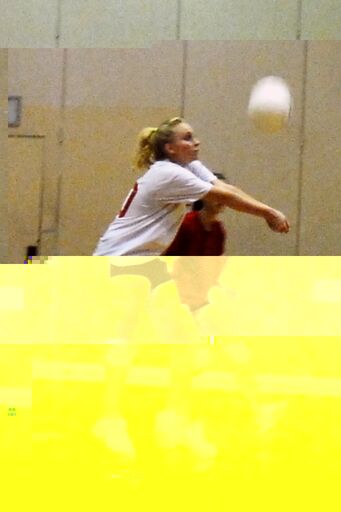 Photo: Senior Kaitlin Schwindt sends the ball back to her opponents.

Photo: Senior Kaitlin Schwindt sends the ball back to her opponents. Photo courtesy of Alex Joseph.

Throughout the game, Blair players, including freshman starter Kathryn Skolnik and senior captain Brice, exhibited great skills and constantly kept the ball in play. Senior Kaitlin Schwindt substituted regularly and delivered speedy saves. Seniors Sibyl Brown and Katie Hague upped momentum at key segments and provided focused defense. While the team is very excited about the season's prospects, they believe that they have a lot more to show than their first match.

"I'm really excited about this season," Brown said. "We [didn't play] nearly as well in this game as we could have played, so when you think about what we can do, the season looks really good."

Although the girls suffered from minor dry spells, particularly their flawed offensive in the first set, the game is great indication of an exciting season.

Head coach Christopher Klein says the game reflects well on their potential. "We're a work in progress but we know where we need to be and we'll get there," Klein said.

The girls varsity volleyball team plays its next home game on Monday, Sept. 14 against Churchill at 6:30 p.m.