The team looked dominant in their straight set win

The Blair girls' varsity volleyball team (10-2) defeated the Bethesda- Chevy Chase Barons (7-5) in three lengthy sets. The match was special for the Blazers because it was senior night, the last home game for seniors before playoffs. The Barons played a tough game throughout the match, but the Blazers were able to hold their own and eventually outplayed them. The scores for the three sets were: 25-19, 25-17, and 25-22. 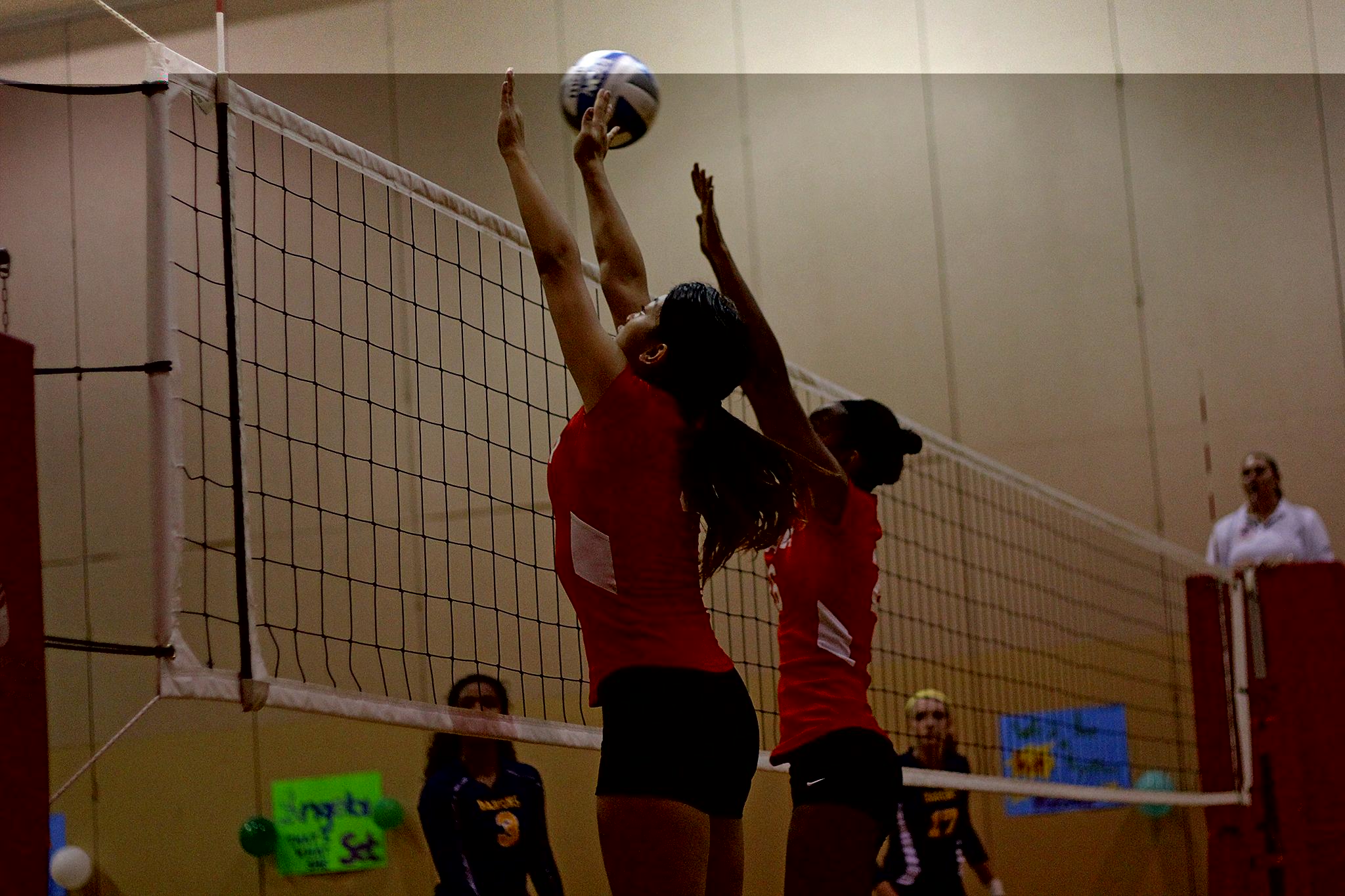 Senior Jade Liu was very excited about the teams win, especially since it was on their senior night. "It is the first senior night that we have won in six years and it's great that it's my senior night." Liu said. "It really shows how much work we put into the season and you can see how much we have improved. I'm really proud of this whole team."

The Blazers started off with only seniors to commemorate their namesake night. The set began in Blair's favor as they quickly got a solid four point lead with great serves from senior Maria Novitskaya. B-CC got back into the game with a few aces, tying the score at 6-6. The set stayed contested for a good two thirds of the time, as the Baron's blocks and spikes proved difficult to deal with. Digs by seniors Angela Zhou and Jade Liu helped counteract the Baron's offensive and spikes by freshmen Maggie Wang and Tiffany Mao kept Blair in the lead. Blocking by Angela Zhou and Leila Habib also helped Blair along, as it shut down some of B-CC's potent offensives. The Blazers were able to keep the Baron's at bay through the match, eventually winning it with a decent six point lead.

Blair took the lead again in the beginning of the second set, the score kept fluctuating though as the two teams struggled for control. For the first part of the set, strong service by senior Angela Zhou coupled with kills by freshman Maggie Wang helped Blair establish a good five head start. But, as the set progressed the Barons retrieved possession of the ball and started delivering aces as well as some devastating spikes against the Blazers. Though they came close to losing their lead, the Blazers were able to make a comeback with consistent service from freshman Ariel Zhang and senior Leila Habib, rebounding with 7 points and winning the set.

The Barons came back with a vengeance the third set, throwing all they had at Blair. It started off much like the first two sets, with a confident lead set by the Blazers. B-CC sent some powerful spikes at the Blazers, but thanks to the efforts of Jade Liu, Angela Zhou and freshman Ariel Zhang and their amazing digs Blair was able to hang on to the lead. The Blazers kept up their quick offense, pounding the Barons with spikes and sneaking in tips, but it was no easy task getting past their defense. The teams fought hard to keep the ball in play and so each point was won with great difficulty. Towards the end of the set things got especially heated when B-CC finally got a two point lead, making the score 20-22. The crowd was hysterical at that point and it passionately cheered the Blazers on to victory as they racked up 7 consecutive points, ending the match with a swift ace by Leila Habib.

Senior night had a profound impact on the match, coach Christopher Klein pointed out how much it meant for the team." I've got a bunch of girls who've been with us through the lean years and it's really nice to be able to do this for their last senior night; it's really special." Klein said. "It was emotional for us, the fact that we were able to not let that emotion in the moment be bigger than us, we were able to lock it out and that shows a mental toughness, that is a real good sign for us."

Looking forward to playoffs, Klein pointed out how the team would need to progress. "What we need to do is just continue fine-tuning the offense that we're running, running a quick offense and varying it up." Klein said. "Now that we have a bunch of different plays, we can keep the opponents guessing. If we do that, they can't just have two blockers out on their outside and it makes us really tough to play against."