Giveon gives us his all and takes nothing with him

Just like the early 00-s Lakers, Giveon’s last two years have been wins after wins

We’re just past halfway through 2022, but up and coming R&B artist Giveon’s highly awaited and first solo album “Give or Take” was released on June 24 and may as well be Album of the Year.

"Give or Take" is structured like a story; the messages of each song flow from one to the other, like how chapters in a book lead from one to the next. Listening to the album in order is essential to fully understand the underlying messages of recovering from the trauma of heartbreak, which Giveon masterfully tells through chords and rhythms. 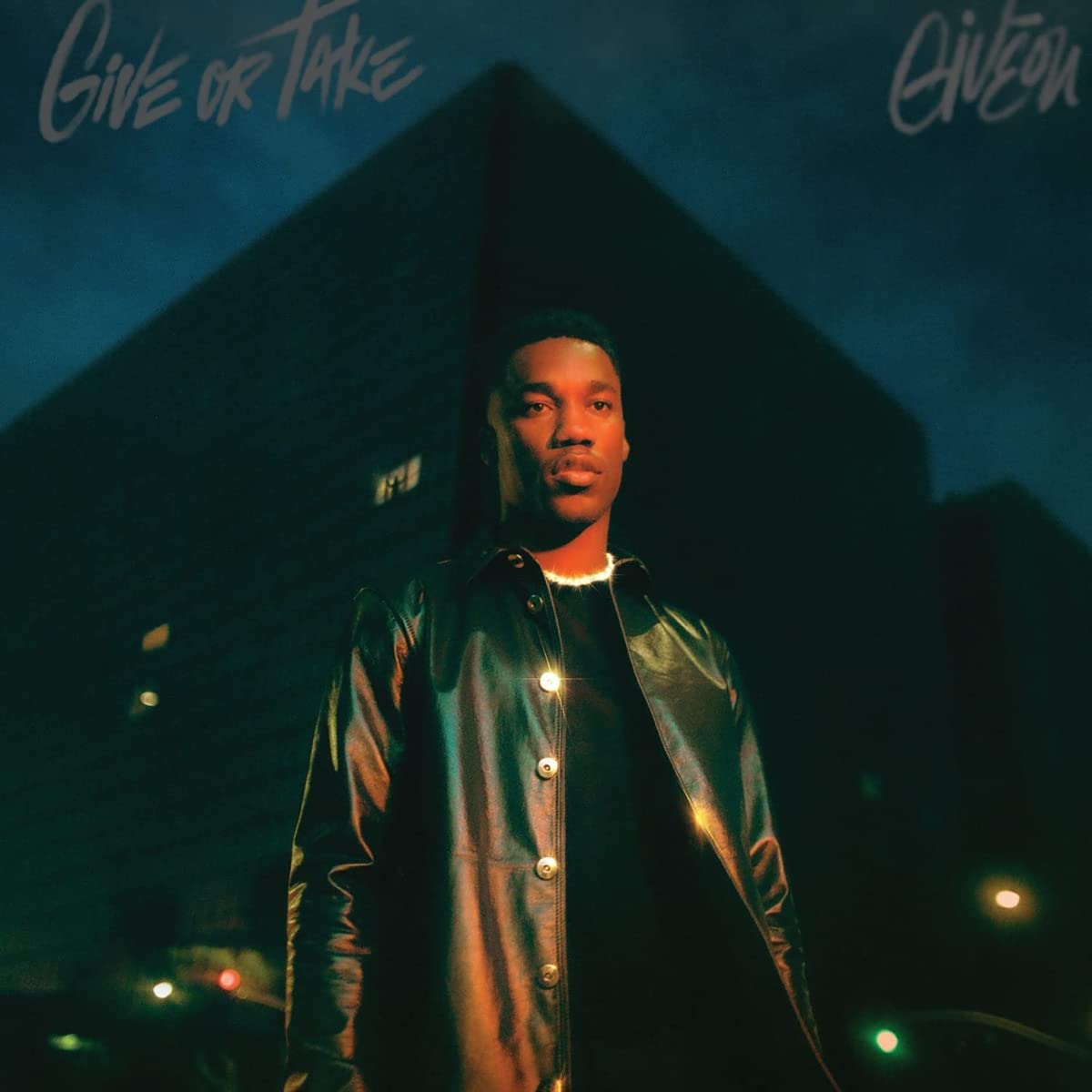 Giveon gives us his all and takes nothing with him

Photo: The album cover of Giveon’s newest album -- Give or Take

Photo: The album cover of Giveon’s newest album -- Give or Take

The album begins with “Let Me Go.” Two components of the song that make it memorable are the introductory piano run as well as Giveon’s mother’s vocals, where she expresses how proud she is of her son. Giveon has been known to include portions of his mother giving him advice in songs like “THE BEACH.” In “Let Me Go,” he expresses his longing for a relationship with powerful, heart-touching lyrics: “Say you wanna be just friends, just friends / But I plan to make it more / See you and I can't stop starin', I miss us.” With a catchy chorus and an upbeat vibe, this song receives a rating of 9.5/10.

The next three songs, “Scarred,” “dec 11th” and “This Will Do” all tell stories about relationships and Giveon’s relationship troubles. “Scarred” is more soulful and is a good followup track to Let Me Go. This song is enjoyable to sing along to due to its catchy hook and build up to the chorus, making it a 9/10.

“My last love was cold. So now, I gotta be the coldest.”.

“This Will Do” is another exciting song as it suggests that Giveon is ready for a new relationship. With a strong beat drop, it’s a great listen for headphone users especially. However, some of its rhymes come off as forced, making 7.5/10 the final rating.

“Get To You” begins with Giveon having a conversation with his mother about a past relationship. This is one of the few songs on the album that truly showcases Giveon’s vulnerabilities and his fear of being left out. The catchy vocals and effects make up for the song being very similar to some of his others, giving it a 7.5/10 rating.

“Single but it's gettin' old quick (Old quick) / I'm on the road each night, need someone to hold me (Hold me)”

“Tryna Be” is a worthy sequel to “Get To You”. With a trap beat and its expiration of exploring one’s flaws, it serves as an outlet for Giveon to speak about the toxicity of modern dating. “I'm all in but / I'm just a man with flaws when the song ends.” In another interview with Apple Music, Giveon says “You’ll tell someone, ‘Listen, I have this, this, this,’ and they’ll be like, ‘You know what? I really don’t care.’ It just speaks on how toxic today is,” Giveon says. With moving background vocals and an impressive vocal range for a baritone artist like Giveon, this song is an easy 8.5/10.

“Honesty, I told 'em I'm in love with you But they're okay with bein' number two”

“Make You Mine” is both a relapse song and a milestone. Although Giveon describes it as a sensual track, the song is also light and dreamy. If you like “Make You Mine,” you should definitely check out Giveon’s 2018 release, “Garden Kisses'' and even “WORLD WE CREATED” from “TAKE TIME."

The next three tracks on the album are all 10/10s: “For Tonight”, “Lost Me”, and “Lie Again”. “For Tonight” consists of romantic instrumentals but vocals that represent the inappropriate nature of what Giveon sings about. Giveon himself says that inquiring into the lyrics and meaning of the track reveals a deeper message. “... Because that’s really sometimes what relationships are and what life is: It looks and feels right on the outside, but then, once you put a magnifying glass on it, you could kind of start to see all the cracks.” “Lie Again” is a song about asking for something, getting it, and then wishing you never asked for it. The song reveals Giveon’s insecurities and his tendency to suppress thoughts about who his lover has been with before, which could make it a relatable track for some.

“Another Heartbreak” doesn’t disappoint. As my personal favorite, it features soulful vocals and melodious scales, with a bridge that showcases Giveon’s vibrato. With key changes and chord changes, the song encapsulates a building element, which Giveon represents as a change in the album. The fear of heartbreak is well demonstrated through the strings and choir vocals, which give us the heartbreak feel. A worthy sequel to “Heartbreak Anniversary”, his most famous song, this track receives a 9.5/10

“I can't take another heartbreak, no / Not saying that we'll fail, girl, I just know that I'm scared”

“Remind Me” has one of the deepest meanings out of all the songs in the album. The lyrics tell a story of how Giveon is constantly reminded of his past failures in this new relationship. This is accomplished through the soulful pre-chorus and the moving chorus. The self-awareness of the song deserves praise, giving it a 9/10 rating.

Finally, “Unholy Matrimony” may be the best ending track on any R&B album. A heart-wrenching song, its intense, visual lyrics in the chorus and Giveon’s mothers words to end the album make this song the perfect ending. The way it describes the perils of forcing a relationship with the wrong person ought to make anyone going through a heartbreak tear up. This track receives a 10/10.

“Somebody stop us now, before we say our vows.”

“Give or Take” was a blessing from Giveon, with catchy choruses and bold melodies that would move even the most stone-hearted.

Giveon’s North American Tour kicks off on August 18th. The tour dates can be found here.