In the "Battle of the Boulevard" rivalry game against Northwood High School (5 - 6), the Blazers (1 - 12) fell to the Gladiators by a single point after an intense back-and-forth in the fourth quarter. Despite their fierce play in the third and fourth quarters, the Blazers were unable to make up the deficit they acquired in their shaky first half. 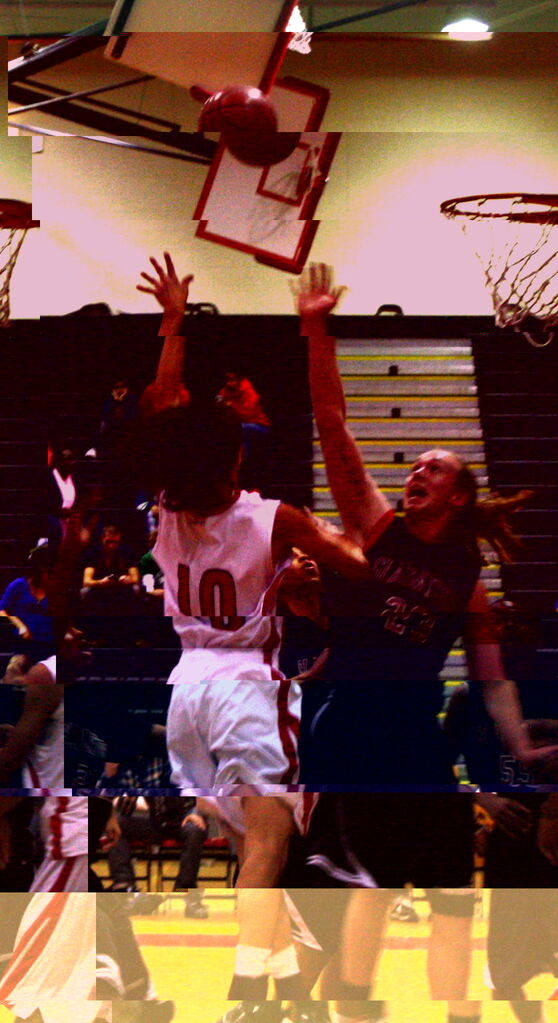 Photo: Senior Cooper Neimand jumps to get the rebound.

Photo: Senior Cooper Neimand jumps to get the rebound.

The Blazers started the second half with intensity after head coach Mark DeStefano and assistant coach Cedric Boatman challenged the team to secure rebounds and box the Gladiators out on defense. Starting the third quarter down by 11 points, Blair attempted to follow coach instructions to do what they hadn't in the first two quarters. A stronger defensive game, successful free throws and a Northwood turnover to senior Cooper Neimand that resulted in a rebound shot by senior Ben Hukill brought the score up to 29 - 25. Boatman was pleased with the team's burst of energy. "They came out and stepped up to the plate," he said.

This energy carried over to the fourth quarter, when several quick turnovers brought the score to 36 - 34 with six minutes left on the clock. Blair continued to fight hard for possession. When senior co-captain Cameron Reed intercepted a Northwood pass, senior Trey Moses shot to tie the game 37 - 37.

Within the last two minutes and 30 seconds of the game, play halted twice for two time outs. After both breaks, Northwood started with possession of the ball with just under a minute and 30 seconds left. As tension filled the air, Northwood missed their shot and turned the ball over to Blair. Moses was fouled in an attempted shot and made his second of two free throws, giving Blair a 38 - 37 lead with just 52 seconds to go. 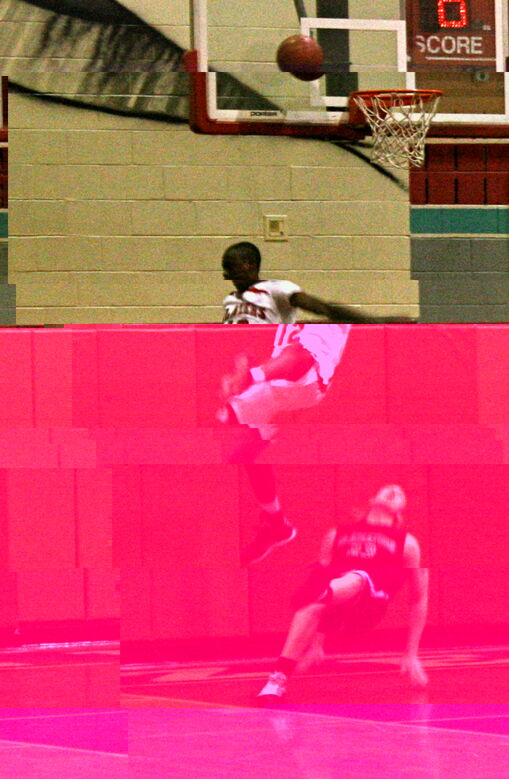 Photo: Senior Dennis Mesidor is fouled and falls to the ground.

Photo: Senior Dennis Mesidor is fouled and falls to the ground.

During an intense back and forth, Northwood made two foul shots and took the lead by one point. Determined to bounce back, Blair called a time out after the ball went out on Northwood with 16 seconds left. Neimand threw the ball back into play, but Reed missed the pass. After quickly recovering the ball, Reed hit a shot to bring Blair to a 40 - 39 lead. In an electrifying comeback, Northwood took possession and made the game's final points with eight seconds left, securing a 41 - 40 win.

While DeStefano thought the Blazers' second-half play was some of the best this season, he attributed the loss to their inability to overcome an unsuccessful opening. Boatman agreed, commenting that Blair gave up offensive opportunities and allowed Northwood to make eight points on put-backs in the first half. Neimand was also proud of the play during the second half of the game, but thought the team played too fast and made too many turnovers at the start. "We dug too big of a hole to get out," he said.

While the nervous hype of the Blair - Northwood rivalry may have negatively affected the Blazers, DeStefano believes the game was not entirely a disappointment. "In the last 16 minutes, we were by far the better team," he said. He was especially impressed with Hukill's energy in the third quarter and Moses' solid shooting skill, which won the team eight points in the fourth quarter. DeStefano hopes to see the team repeat their same intensity in upcoming games. "The second half effort is a great effort for us to build on," he said.

The varsity boys' basketball team plays their next home game against Springbrook High School on Jan. 27 at 5:15 p.m.