Ben Affleck plays Nick Dunne, a man whose wife Amy (Rosamund Pike) goes missing on their fifth anniversary. As the days pass, Nick faces increasing pressure from the police and the media, who begin to believe that he murdered his wife. Throughout the film, details about Nick, Amy and their marriage surface, allowing viewers to gradually grasp the reasons for her disappearance.

The stylistic choices of Fincher and cinematographer Jeff Cronenweth help create the overall dark mood of the movie. The movie's murky color palette creates unease throughout the film. Additionally, shots in the film's climactic scenes are executed brilliantly, upping the intensity.

Another layer of intensity is added through the movie's score, composed by Trent Reznor (of Nine Inch Nails) and Atticus Ross, who took home the Academy Award for Best Original Score for Fincher's 2010 film "The Social Network." Their mastery shines again in "Gone Girl," with chilling yet minimal songs that support the plot flawlessly. The seamless sound editing is a great complement to the score, allowing the songs to set the mood of different scenes without being distracting or overbearing. 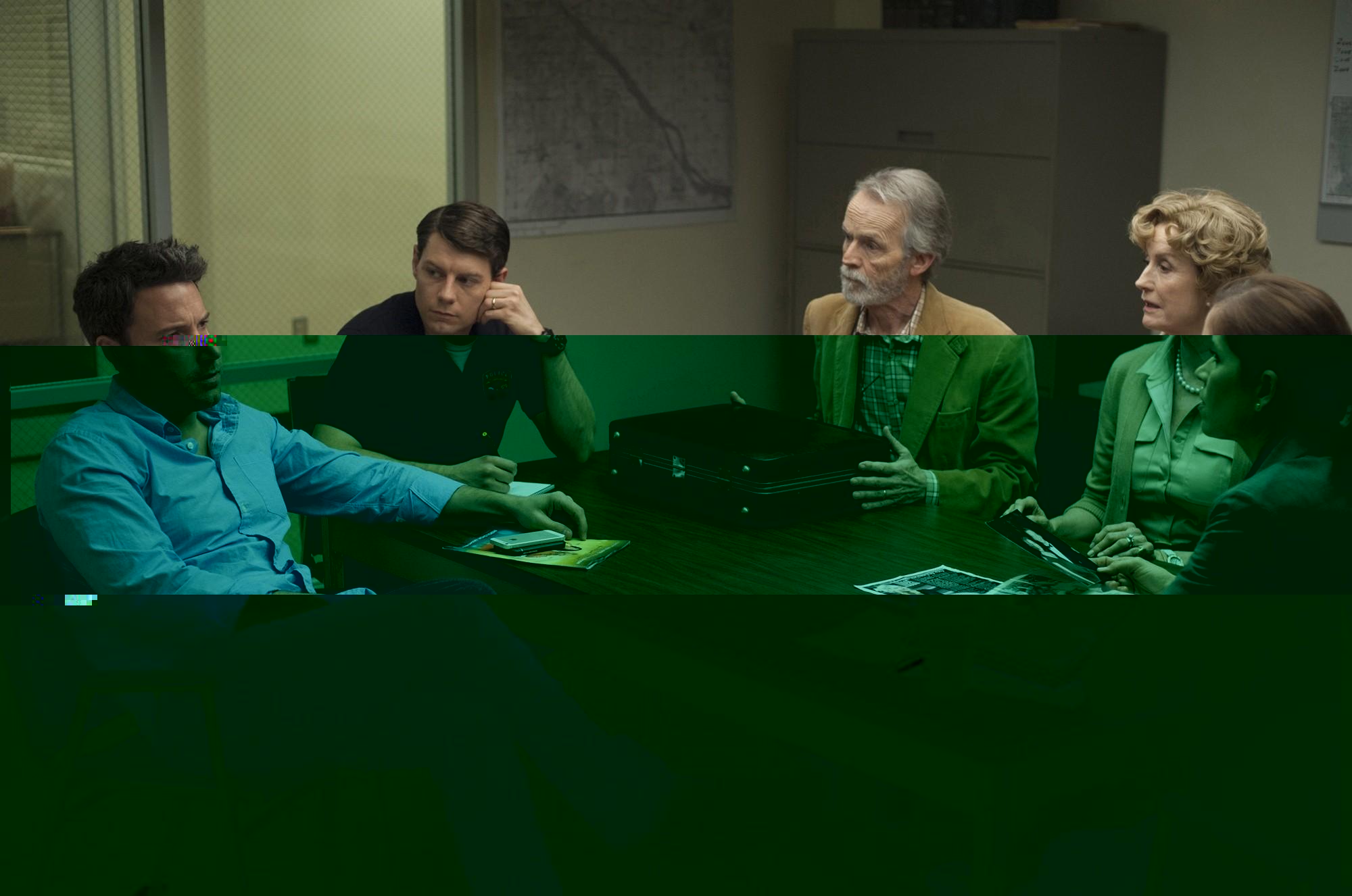 Photo: Nick is questioned by the police about his wife.

Photo: Nick is questioned by the police about his wife.

Fincher is famous for being a meticulous director, and his perfectionism and care shines through certain features. For instance, rather than pretending to perform minor actions for the camera, the characters are directed to play video games correctly and type the right words in their texts, which can be seen occasionally in mirrors or reflections from their glasses. While details like these are subtle, when noticed, they make the film more engaging and believable.

Dark, gripping, and stylish, "Gone Girl" is a must-watch and a fantastic start to the Oscar season.

"Gone Girl" is rated R for violence, strong sexual content and language, and is now playing in theaters everywhere.