Punctuation has no place in text messages

It's a lazy afternoon and you've got nothing to do. Your homework is mostly done and you've pretty much exhausted the shows on Netflix, so you decide that you'll be social for once. You pull out your cell phone and start texting your buddy.

Over 350 billion text messages are sent each month globally- that's 42 trillion texts per year. Text messaging has grown to be one of the most popular forms of communication since it's start 22 years ago. Yet the rulebook for texting is drastically different than any form of face-to-face communication.

Texting lacks certain social cues that are overtly present in face-to-face conversations. It mimics a face-to-face conversation, but sometimes it seems impossible to tell when someone is mad or when someone is just a stickler for punctuation. There's an art to texting, with a super secret set of rules and it's important to be familiar with them to avoid any confusion. 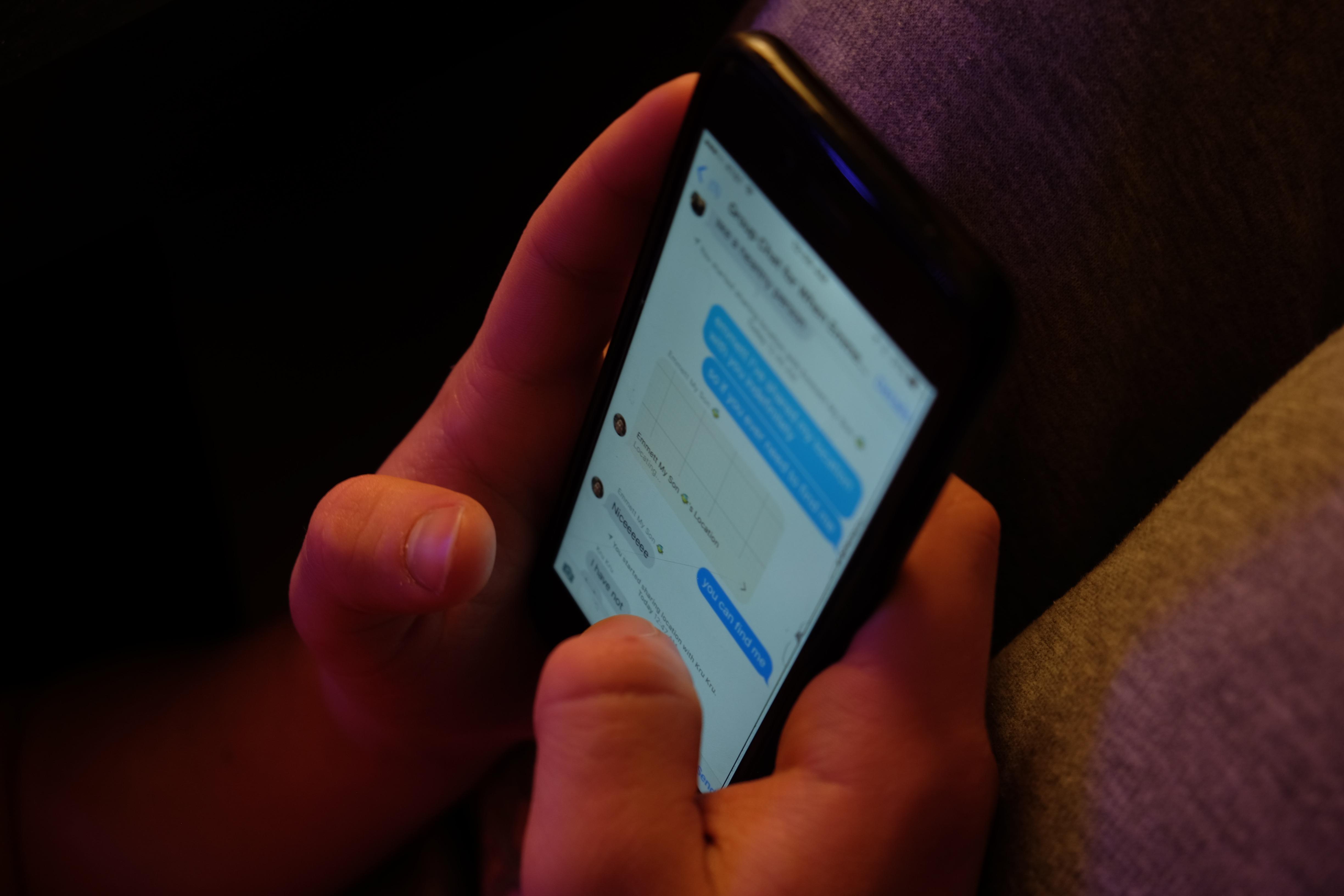 Photo: The rulebook for texting is drastically different than any form of face-to-face communication.

Photo: The rulebook for texting is drastically different than any form of face-to-face communication.

Juinor Avani Brock has had her fair share of mis-text-ication. "I was texting my mom one day. You know how moms get, you say anything slightly wrong, and everything goes wrong," Brock says teasingly, rolling her eyes. Her mom repeatedly texted Brock to make sure she got back home before too late, and Brock made the grave mistake in replying back in a message with a period. "All I wrote back was, 'okay mom. I'm fine,' with a period at the end," she says. When Brock got home that day, her mother and grandmother were not happy "They were like scolding me for my harsh tone in the text. I just used proper grammar! Is that such a crime?" Brock exclaims.

A new study from the State University of New York Binghamton has found that text messages ending with a period are perceived to be less sincere than messages that do not. Celia Klin, head of the study, recruited 126 Binghamton undergraduates and showed them different texts that were phrased as questions, and replies that ranged from "okay" to "yup". Texting is informal, and a period is not. A period seems out of place, formal and stiff.

According to the same study, text messages with exclamation marks received the most positive reaction. It found that exclamation marks are seen as more sincere. When you ask someone for a favor over text, and they reply, "yup.", it seems like they don't really want to do it. They're wondering why you can't just do it yourself. However, with the reply "yup!" you can be sure that they're more than happy to help you out.

The most lacking aspect of text conversations compared to real ones is body language. "It's not surprising that as texting evolves, people are finding ways to convey the same types of information in their texts," Klin said about the study. Abbreviations, emoticons, deliberate misspellings and punctuation are used to convey those nonverbal cues that we use in real conversations to convey mood, emotion and emphasis.

Sometimes, the message is lost in translation because of the lack of body language in text messaging. "I just hate it when I can't understand. [The conversation] doesn't really get through all the time through text," sophomore Sarah Kessler says with a frustrated sigh. Too many abbreviations are a major cause for confusion. Smh, lol, rofl, and the list goes on. It's hard for Blazers to keep up with all the modern slang; imagine what it's like for our parents.

And then there's that dreaded one letter response. K. K means someone is really mad at you. K means that they're too lazy to type out "okay". K is the ultimate passive aggressive response. This one letter text conveys more emotion than any emoji or punctuation. K is perceived as insincere and disrespectful. It is seen as blunt, abrupt, and bored. Messages written in all-caps, however, convey just the opposite.

WHY ARE YOU YELLING?

We all have that friend that has to type everything in caps. It's usually to show excitement, but it often just feels like yelling. "When people use all caps, it puts me off. In my head, if someone uses all caps, they're yelling at me. Like can you please stop yelling at me?" Brock says. The capital letters read like bullets—fast and furious. Capital letters are just another way people attempt to mimic real-life conversations and put energy in their words.

Although texting involves writing and reading, its pace and style is similar to an actual face-to-face conversation. We expect the person on the other side of the conversation to respond right away, just like they would in an actual exchange of dialog. Texting has led to the presumption that you must be available at all times. "My texting pet peeve is when people just don't pay attention. I hate it when people take too long to reply or don't reply at all. While I try to carry the conversation, they don't they to keep the conversation going at all," Junior Jessica Che says.

Technology has led to an increasing sense of dependency in people, especially young people. A study at the University of Maryland titled "The World Unplugged" project asked more than 1000 students from 10 countries around the world to without any media for 24 hours and monitored their feelings. More than 50 percent of the students failed to go the full 24 hours. Many of the young people even reported mental and physical symptoms of distress. There is a similar reaction when there is a delayed response to a text message because we expect everything to come in immediately. Che remembers of one time when she was having a conversation with her friend over text, and then suddenly her friend stopped replying. "For all I know, she could have been dead," Che says jokingly. (Her friend did eventually reply later the day, and she is in fact alive).

Every Blazer has their texting pet peeves, but there seems to be a mutual understanding. Most people can agree that if you use periods in your texts, you mean business. There is a history of broken friendships from the proper use of grammar in texts. It's easy to slip up while texting, so it is crucial to pay attention. Be careful what you text because you never know when someone is going to be offended. Every character counts.