With the Maryland gubernatorial election drawing to a close today, incumbent Martin O'Malley and former Governor Robert Ehrlich have switched the focus from name-calling to reemphasizing their respective political platforms. This election has revived the O'Malley-Ehrlich rivalry from four years ago, and voters are ready to wipe their hands of the constant bickering, mudslinging and smear campaigning. 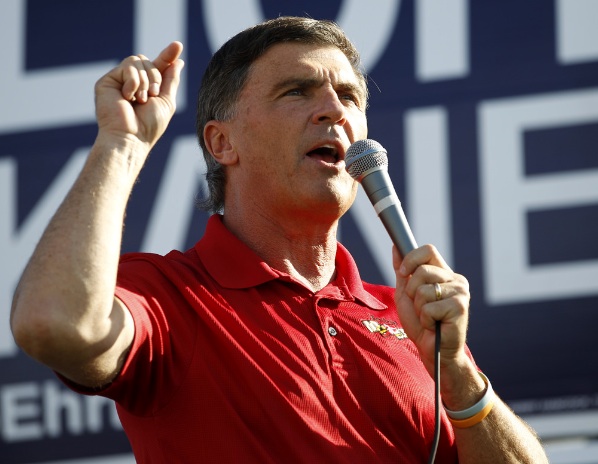 According to the latest Rasmussen report, O'Malley holds an estimated 52 percent of the vote and is a safe 10 points above Ehrlich. But the election is still up in the air; both candidates are fighting to clinch the governorship and as early voting closes on Monday, campaigning efforts are peaking. As voting comes down to the wire, the election's deciding issues – employment options, education reform and taxes – will be the difference between a Republican or Democratic governor.

On the economic front, O'Malley's "Moving Forward" campaign has highlighted the negative 2.9 percent growth rate of his budget proposals and the $5.6 billion decrease in state spending over his term. O'Malley has also created over 33,000 net new jobs this year, according to the Bureau of Labor Statistics (BLS). Additionally, O'Malley signed the Job Creation and Recovery Tax Credit law, allowing a Maryland business that hires an unemployed person to save $5,000.

During a press tour last weekend, O'Malley focused on the strides he has made to improve the Maryland economy. "I've demonstrated fiscal responsibility in cutting our state budget," he said. "Every decision I've made in the past four years, I've tried to do what was best for Maryland families." He also stated that education and economic productivity go together "like breakfast and eggs."

Ehrlich does not have the benefit of a clean slate; his previous governorship hindered his 2010 campaign and O'Malley used negative statistics from Ehrlich's time in office as a scare tactic. To appeal to Maryland families, Ehrlich issued a blanket statement that he will never raise taxes if elected. He is also looking to restore the Television and Film Production Tax Credit, which was responsible for $158 million in economic activity, according to BLS.

Ehrlich also supports tax cuts, specifically for small businesses that have suffered under the 20 percent sales tax increase enacted three years ago. "Sales tax hurts retail Maryland...It's time for pension reform," he said during a televised debate with O'Malley earlier this month. Still, Ehrlich's campaign falls short on proposals for state growth. The media has criticized Ehrlich's plans – such as starting a retraining program for the unemployed – for being vague, especially compared to O'Malley's clear-cut legislation to expand the job market and intention to raise taxes.

Race to the top 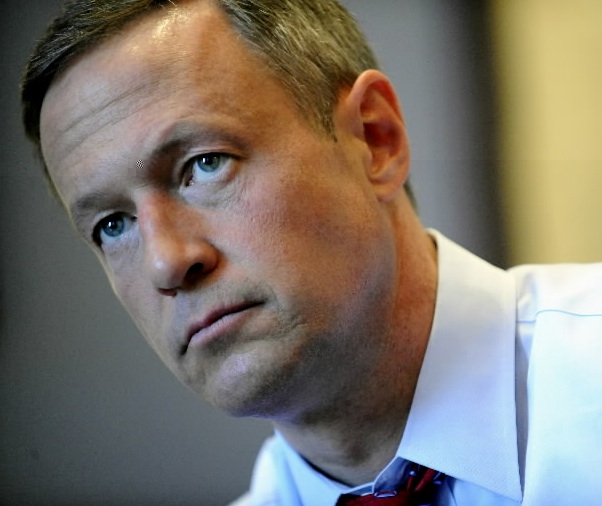 Photo: Martin O'Malley, the incumbent governor, leads in the polls by 10 points.

Education has also been a primary topic for debate; both candidates have made significant strides in public education during their terms and have shifted the focus to improving inner-city schools in Baltimore and Prince George's County.

While in office, Ehrlich instituted the freezing of college tuition rates – a practice that O'Malley continued during his term – and gave 45 percent of state funds to public K-12 education, according to the Department of Budget and Management. Ehrlich's administration created nearly 50 residential charter schools; the candidate intends to open double that number should he be reelected.

Still, charters have not been proven to provide a better education than public schools; though charters are funded at 61 percent of their district counterparts, there has been scattered and inconclusive statistics concerning the effectiveness of charters, according to the Center for Education Reform.

Since taking office in 2006, O'Malley has touted the $1.3 billion invested in school construction and $1.2 billion spent on other educational service, but neglected to mention the tax increases on the horizon for Marylanders. O'Malley intends to implement a $1.4 billion tax increase, in addition to his tax package of 2007, to stimulate the economy and keep college tuition rates constant.

Environmental efforts are another issue that will hold weight at the polls. Restoring and cleaning up the Chesapeake Bay, as well as using green energy in business, are fundamental aspects of both candidates' campaigns. O'Malley's BayState program has reduced waterway pollution and upgraded environmental technology, creating a job pool for unemployed Marylanders. Although Ehrlich's administration received a lower environmental rating, almost 7,000 acres of land were protected through Program Open Space. If reelected, Ehrlich intends to work with the Bay Restoration Fund to eliminate 7.5 million pounds of waterway pollution.

Although early voting may have jump-started the political battle between O'Malley and Ehrlich, voter turnout is crucial in determining who will take office. In the past two weeks, both candidates have traveled throughout the state to clarify their respective stances on education and economic reform, as well as encourage Marylanders to vote.

"We need to vote to decide what's best for the next generation," O'Malley said in one of his campaign speeches. "We should be able to look our children in the eyes and say, 'We gave you a better life than we had ourselves.'"