Blazers participate in a massive game of wits and treachery

Editor's note: this article was updated on 12/3 for content and clarity

Imagine you are walking down Blair Boulevard after school, listening to music and feeling good. All of a sudden, a finger is pressed into your chest by someone intent on your elimination. All you can do is wait and hope for the best.

This was the scenario junior Alex Alia came face to face with Friday, Nov. 15, except his "elimination" was a symbolic fulfillment of a hit in Blair's Assassin game. Not so paralyzed with fear, Alia says, "I didn't pee myself—I was still pretty annoyed afterwards though."

Assassin is a game that takes many forms and goes by many names. There are several published sets of rules for how to play, including game designer Steve Jackson's 1982 original Killer: The Game of Assassination . The game is also intensely popular on college campuses all around the country. 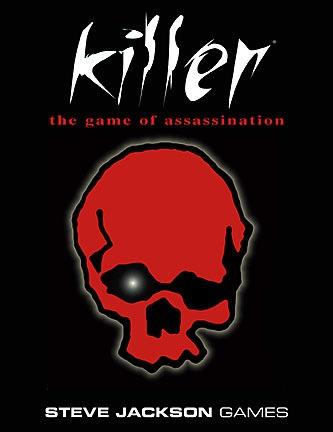 Photo: A picture of the published Assassin game book.

Photo: A picture of the published Assassin game book.

Assassin has been played every year at Blair for several years. Senior A. M. organized this year's game. "I made the Facebook event, got all the people that were going to play, and assigned the targets," he says. According to the rules of Blair's version, each player is assigned a target that they then have to sneak up on and touch with an index finger, saying "your [expletive] is grass and I'm the lawnmower." This, according to M., "is the catchphrase you have to say in order to kill or eliminate another player." The game is not without mercy, however, because "if anyone around knows of the game, they can call 'witness' and then that kill doesn't count."

Ever since the competition began close to three weeks ago, the tension at Blair is palpable. Many players take extra precautions during school hours, keeping witnesses close by in an attempt to avoid early elimination. "I never walk alone," junior Tigist Tadesse declares. Targets have no way of knowing who their assassins are, since they are not told their assassin's name and the killers themselves could at any time be eliminated and replaced by another.

Blair is home to almost 3,000 students, two magnet programs and four different grade levels. The sheer number of students can be dizzying and even intimidating. In addition, upper and lower classmen rarely socialize with each other. Assassin places everyone on a level playing field and fosters unity within the Blair community. Tadesse has used the game as a means of social expansion, "I even met some sophomores and freshmen," she says.

Junior Javier Lopez says his interest in the game has officially caught fire. "For a while, I wasn't doing anything, and nothing was really happening to me, but now that some action happened, it's fun."

Tadesse has removed two of her Blair counterparts from contention as of Friday, having had to go to extreme lengths and measures for each elimination. For her first target, she says, "I got my friends to surround him so no one else could call 'witness.'" In order to eliminate her second, she says, "I followed [him] to his bus, got on his bus and killed him." 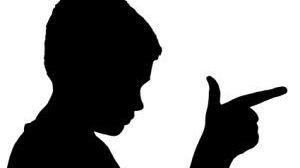 Photo: Students use their index fingers to go in for the kill.

Photo: Students use their index fingers to go in for the kill.

While this kind of strategy does not break any school rules, some eager assassins have been resorting to chicanery to complete their assignments. "People have been going into classes trying to get kills," M. says. "There were a lot of problems with fake Silver Chips notes to get people out of class." A.M. has talked with English department head Vickie Adamson and Silver Chips Print advisor Jeremy Stelzner to resolve these issues and remove any doubts about student participation of the game in the building. "If there are any more problems, the people that are dishonest with Silver Chips notes will probably be kicked out of Silver Chips and definitely the game," he says. "I'm trying to keep as much order as possible and I'm glad the teachers know I'm in charge of it because they can talk to me if there are any problems instead of just trying to end the game."

Those concerns aside, many Blazers view Assassin simply as good fun and a chance to step out of their comfort zone at school. "It just helps you meet other people," junior Andrew Lopez says. "It's not meant for you to go off and actually kill someone."

Tadesse says she found out about the game freshman year, but this is the first time she is engaging in the action. "I think everybody should do it," she asserts.

As far as advice goes in this early stage of the competition, M. says, "don't concentrate on trying to get your target—concentrate on not getting killed yourself." When all of Blair's a battleground, that sort of thinking can be the difference between winning or losing. You've been warned, Blazers.