"Can we bring down the lights?" University of Maryland Professor Ross Salawich asks. The auditorium gradually dims, enveloping the Blair student audience in a darkness that Salawitch's voice soon penetrates. "It's the little things that decrease our carbon footprint," he says during the environmental assembly. Salawich explains that many families leave unneeded lights on, unused electronic devices plugged in and excess heating turned up for their own convenience and comfort. But each small effort against such tendencies can have a large-scale impact on carbon emissions. 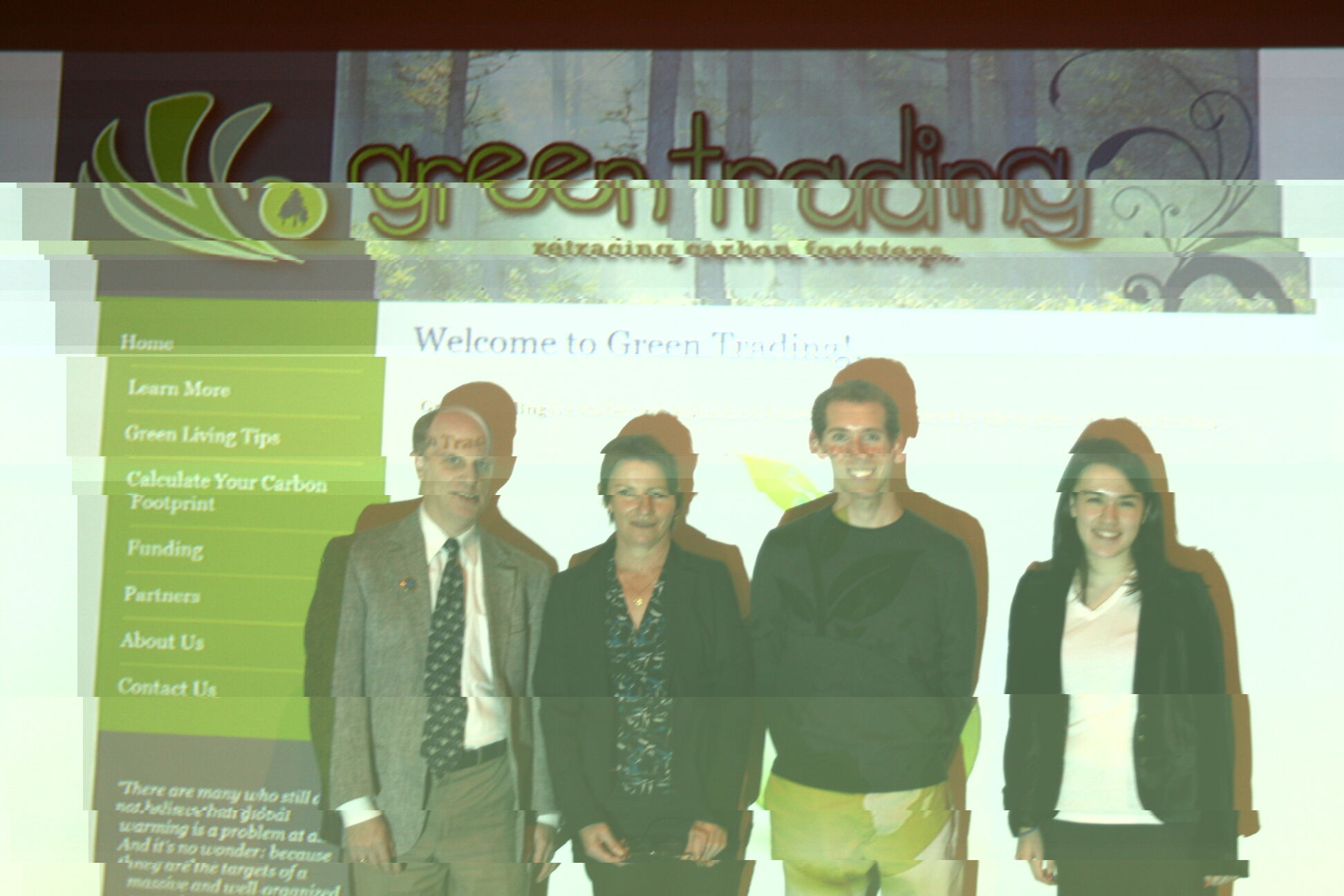 Senior Diana Jeang is the founder and director of the Blair-based student-run organization, Green Trading, which attempts to neutralize student carbon footprints by encouraging donations based on the carbon students will release while on vacation. Students receive a carbon emissions calculation for the miles they will travel, and are encouraged to donate $1 per tree that must be planted to offset those emissions.

A green concept
These facts were only part of what inspired Jeang to establish Green Trading; her essay for the Funds for the Future of Children (FFC) Peace Essay contest was what really spurred her to turn an idea into reality. Last year's essay question required students to propose an idea for a community-based environmental stewardship program that targeted younger generations. Jeang proposed Green Trading. 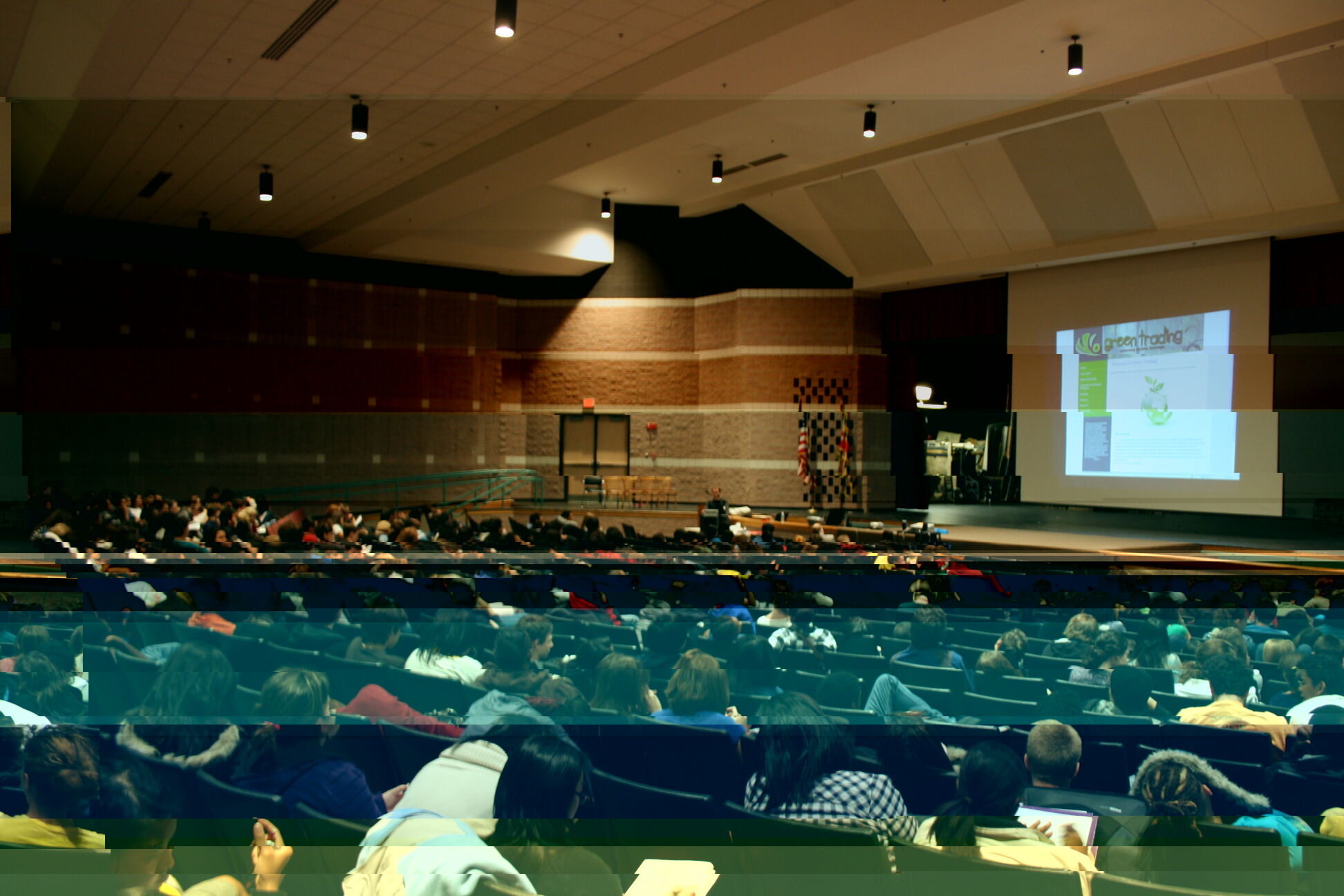 Photo: Many seventh period classes attended the Green Trading Assembly on Wednesday, Nov. 6. Turnout was much greater than anticipated, according to Jeang. Picture courtesy of Ernie Slenkovich.

Photo: Many seventh period classes attended the Green Trading Assembly on Wednesday, Nov. 6. Turnout was much greater than anticipated, according to Jeang. Picture courtesy of Ernie Slenkovich.

Initially, the idea was simply conceptual. "It wasn't necessarily something I would put into action," she says. But after flipping though literature and browsing online, Jeang discovered that a new desire bubbled inside her. "It helped me appreciate the Earth in a way I'd never thought about, and made me realize that there's more that I should do," she says.

When her name reverberated through the microphone as the first place winner, a window of opportunity opened wide. Jeang received a $1,000 grant to complete her proposed Green Trading project. "It seemed pretty doable and easily implemented at a school like Blair, where the students are already passionate about doing their part," Jeang says.

New recruits
Without hesitation, Jeang began her project. She recruited Peace Studies teacher Lansing Freeman as a sponsor, and Freeman couldn't have been more pleased to help. "I take special pride in being a part of student-run programs. I'm always happy to support students in various do-gooder activities," he says.

But without student support, Jeang's fundraising and publicity endeavors were sure to crumble. She began telling her friends about the project, recruiting tech-savvy senior Sina Shahamatdar to create a professional website and artistic senior Gillian McBride to design the logo. 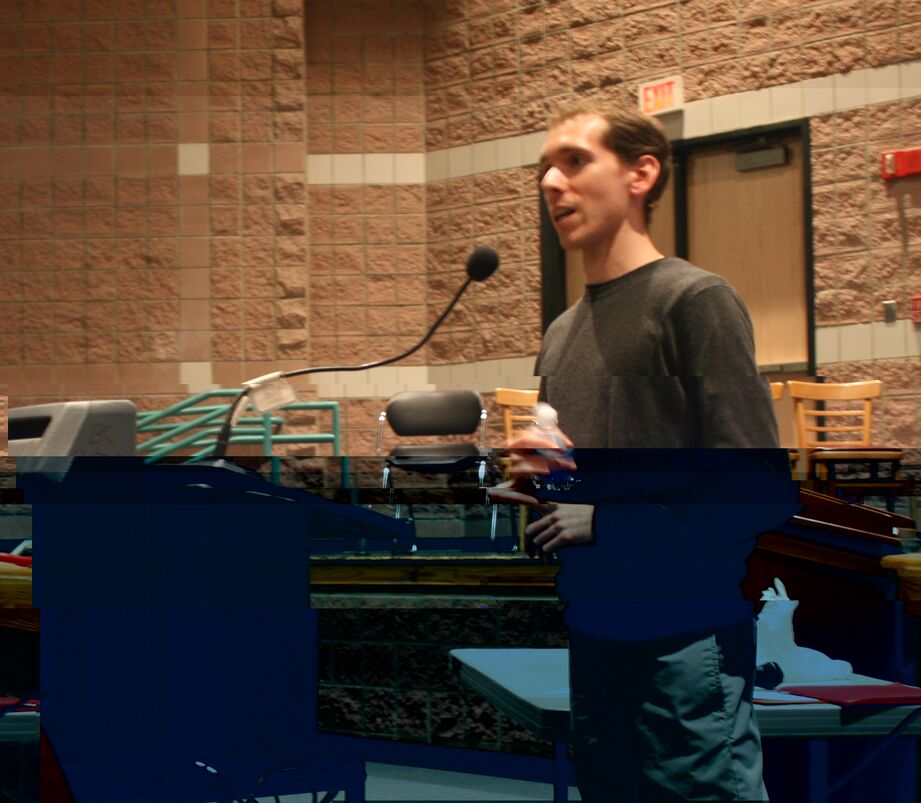 McBride acknowledges that her initial motivation for involvement stemmed from more than just an obligation to help her friend. "After looking more into what she was actually doing, I thought it was really cool and I wanted to get involved," McBride says.

Assemblage of minds
But other students weren't as willing. Jeang believes this lack of motivation partly stems from the misconception that one individual can't have a large impact. "Students feel like they're a big part of the problem, but a small part of the solution," she says. Jason Fitzgerald from the Carbon Fund, a local non-profit carbon offset provider that receives donations from Green Trading, recognizes that Jeang's initiative is the antithesis of this common belief. "An organization like Green Trading shows the impact that just a few people can have," he says.

In order to get students to appreciate this idea, Jeang planned a voluntary assembly at Blair during seventh period on Nov. 4 to show how individuals can decrease carbon emissions by making little changes in their daily lives. 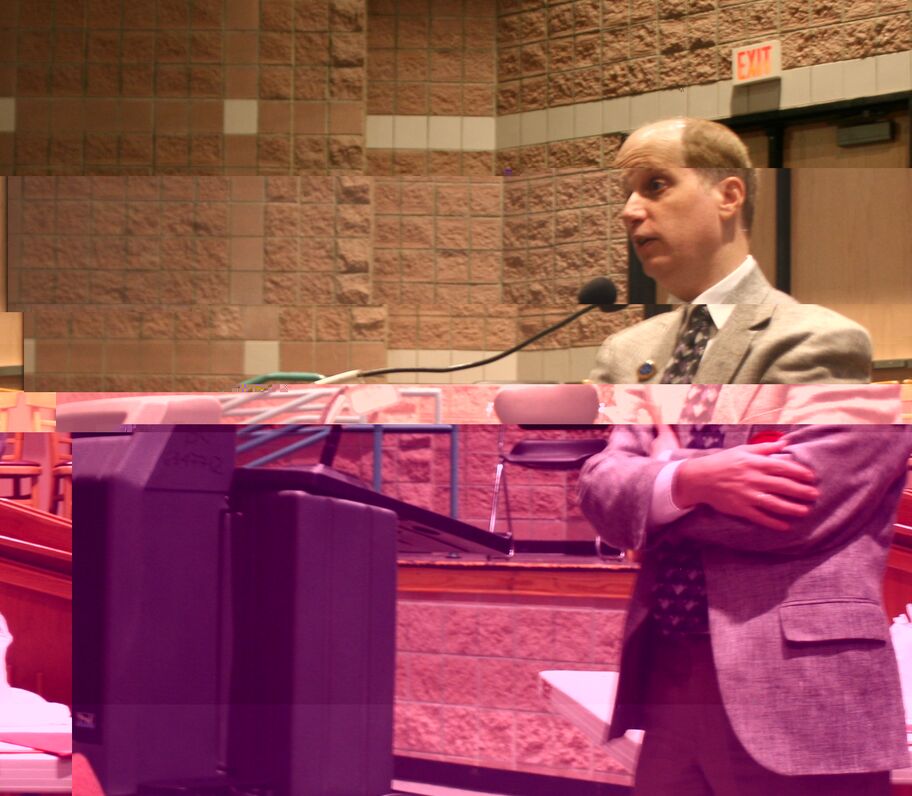 Photo: University of Maryland Professor Ross Salawitch spoke about the massive amounts of carbon humans release each year, and the necessity of drastic action to reduce such emissions. Picture courtesy of Ernie Slenkovich.

Photo: University of Maryland Professor Ross Salawitch spoke about the massive amounts of carbon humans release each year, and the necessity of drastic action to reduce such emissions. Picture courtesy of Ernie Slenkovich.

Keynote speakers Salawitch, Fitzgerald and Pascale Maslin, a green executive officer from Energy Efficiency Experts, informed a sizeable crowd of Blair students that small adjustments to household amenities and shopping habits can neutralize carbon emissions. Salawitch ended with a resounding call to action: "The world is in your hands. Please take good care of it."

Members of Green Trading were very pleased with the influence the event had on students. "There were lots of questions, which showed the students…wanted to learn more. That was our goal," Jeang said. "If students learn more, it really hits home."

From single mind to communal heart
Jeang hopes that instilling such an interest will allow Green Trading to expand beyond her and a few friends. She wants underclassman to take on the organization after she graduates to initiate countywide neutralization of carbon emissions. "I don't want it to end with me. It's such a simple, easy way to take action," she says.

At the same time, Jeang recognizes that the group is still in its infancy and that such expansion may be asking too much. "Everyone dreams big, you know," Jeang says. "I don't want to get ahead of myself. I want to see what happens this year. But I definitely have big dreams about Green Trading."