After finishing first in the last two competitions, the girls' varsity gymnastics team(4-2) lost to the Bethesda-Chevy Chase (B-CC) Barons (6-1) but defeated the Whitman Vikings (3-4). The competition was determined by narrow margins, B-CC finishing with 163.65 points to the Blazers' 159.85 and the Vikings' 152. Despite the defeat, the crowd remained celebratory, cheering on the five senior gymnasts performing in their last home three-way meet. 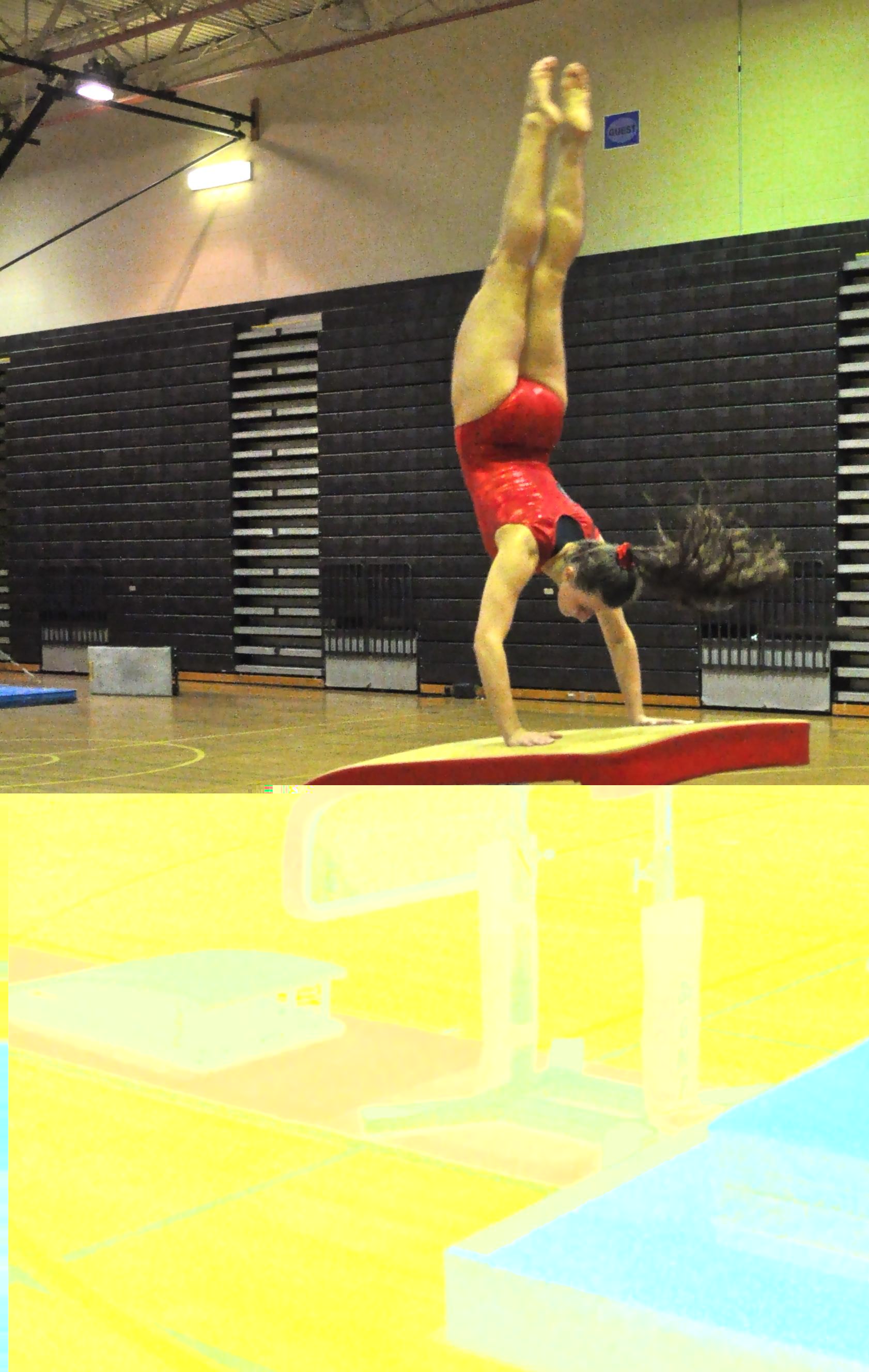 Photo: Despite tough judging on the vault, Blair placed second on Senior Night.

The start of the meet was tumultuous as the Blazers struggled to score high in the vault, an area that in previous meets produced higher results. Though the team executed well, sticking majority of landings, gymnasts were critical of the judges' harsh scoring. "The judges seemed to be a little stingy, especially on the vault, " senior co-captain Sara Pollacco said.

Despite similar troubles with the uneven bars, the team pulled it together for the beam and floor exercise. Senior co-captain Katie Pohlman who placed third overall with a score of 33.5, cleanly performed a routine that included an impressive split leap and back handspring stepout earning her a score of 9.2. The final floor exercise had similar success, with four out of the eight team members scoring an 8.0 or above.

Though the Blazers came back from a weak start there was too much ground that needed to be covered for the team to be victorious. Still, head coach Hillary Wynn was content with the team and the effort they put in for today's performance. "B-CC is a great competitor but we handled the stress. We did our best today, "she said.

Wynn was particularly enthused with senior performance tonight and throughout the season. Of the five seniors on the team, only Pohlman is a club gymnast, the rest being self-trained. The senior dedication and leadership, according to Wynn is inspirational for the team's younger gymnasts. "They are hard workers, putting in their heart and soul, " she said. "From them, the underclassman can see what it takes. "

The night ended with awards and recognition for all three teams, and a special ceremony for the seniors. With only one more meet against Walter Johnson left in the regular season, the team is looking forward to county and possibly state competitions. Tonight however, carried a more nostalgic tone, as the seniors especially, reflected on their time on the team. "The five seniors have been together the whole time," Pohlman said. "Tonight was just us having fun for the last time, together."

The gymnastics team will participate in their next home meet on Thursday, May 3, against Walter Johnson at 5:30 pm