"Habari Gani" from our Blazers to you

Kwanzaa is a vibrant and soulful sibling in the holiday triumvirate consisting of Hanukkah and Christmas that runs through late December. Although celebrated by a minority of people, it holds a major importance the mix of wintry festivities. The holiday, created in 1965, was founded on Pan-Africanist principles and celebrates unity between those of African descent. A handful of Blazers observe Kwanzaa and are excited to share more about the tidings of this special holiday.

In 1965, Maulana Karenga, a professor of Africana Studies and prominent figure in the Black Power movement, established Kwanzaa specifically for the African-American community. The Kwanzaa celebrations begin each year on December 26 and ends January 1st, cumulating in a feast and gift-giving celebration. Each day, a different candle is lit for one of seven principles which all are in Swahili. The principles include, Umoja (unity), Kujichagulia (self-determination), Ujima (collective work and responsibility), Ujamaa (cooperative economics), Nia (purpose), Kuumba (creativity) and Imani (faith). 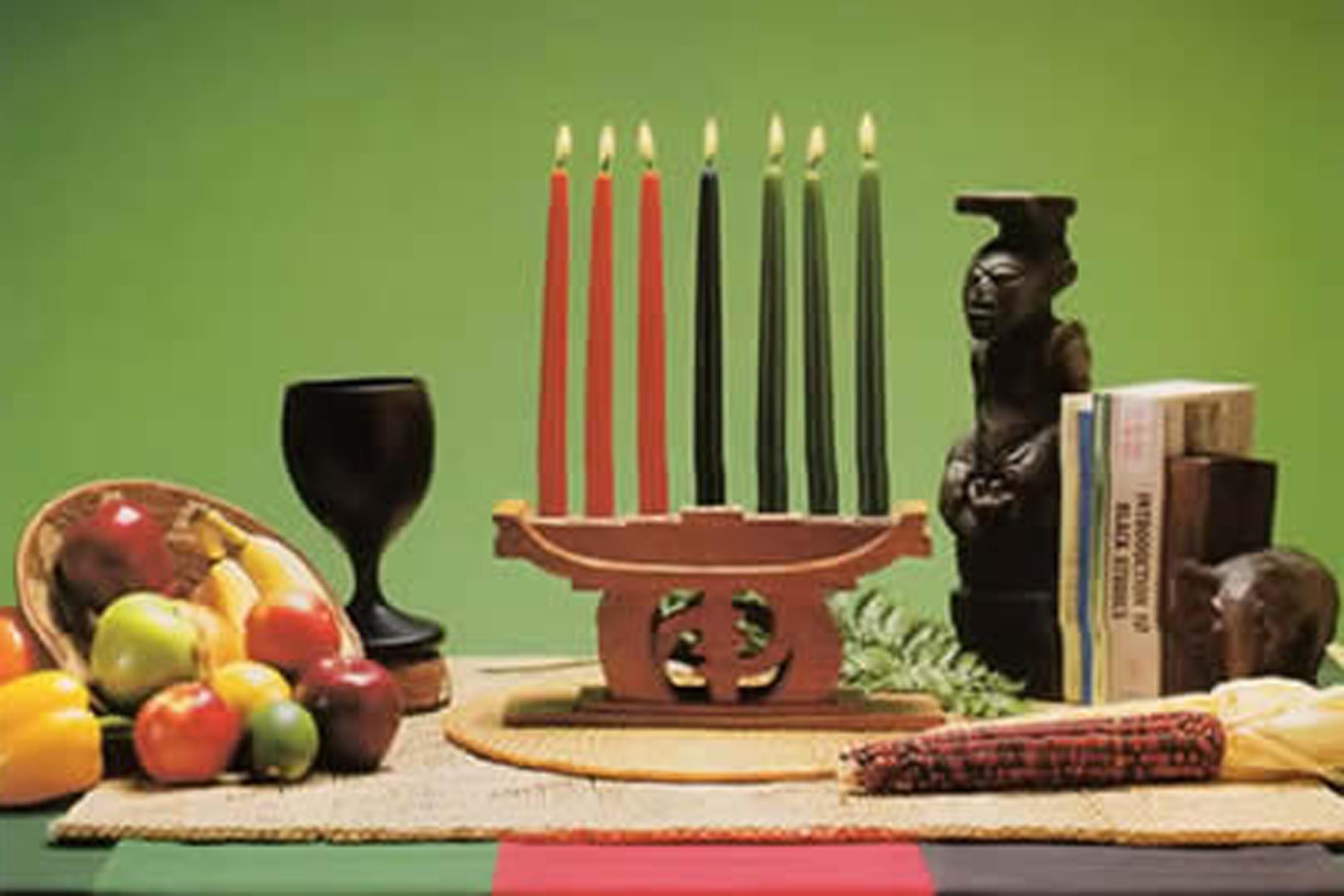 The candles are held in a holder called a kinara. One candle in the center is black and represents the people, three red candles symbolize their struggle and the remaining three candles represents the hope and future that comes from their struggle. Each day, the candle that is lit alternates from green to red until the final day where only the black candle remains. Before each candle lighting ceremony, family members greet each other with the phrase "habari gani" or "what's up?". "We set up the kinara along with one bowl of fruit, one with rice and a cup of water along with pictures of family members who have passed all on a braided mat [mkeka]," says Lauren Queen, a senior at Blair who has celebrated Kwanzaa since she was a child.

The purpose of Kwanzaa stems from Pan-Africanist principles that hope to strengthen African-Americans to their African roots while simultaneously celebrating their unique culture following the forced diaspora from West Africa. "It is a good way for African-Americans to celebrate our shared history, but it also surpasses differences of ethnicity as it unites people of any African descent no matter where they are originally from," Queen explains. Kwanzaa transcends the differences in ethnicity between black people and is meant to unify. The terminology used in Kwanzaa celebrations is derived from Swahili, which is a language common to East Africa, although the ancestors of African- Americans originated in West Africa. This disparity is used to underscore Kwanzaa's Pan-Africanist principles. Not only does Kwanzaa stress unity between those of African descent, but unity between people and their ancestors as well. "We pray to our ancestors, loved ones and God," Queen says.

Blair Senior Kayin Mazyck used to celebrate Kwanzaa with her family, but stopped a few years ago. This December 26th, Mazyck went to a classmate's celebration and rejoiced in the nostalgia of the holiday festivities, once again basking in the ancestral and cultural unity. The celebration consisted of African drummers, dancing, mountains of food and the lighting of the first candle. "From attending that event, I was able to remember how it felt celebrating Kwanzaa as a child," Mazyck recalls. "In addition to the importance of celebrating not only family, the holiday upholds the ancestors of African American people who paved the way for our future." Kwanzaa's popularity has dissipated dramatically over the years, and many who once celebrated like Mazyck no longer do. There are multiple reasons for this lack of celebration, including bustling family lives and simply having no knowledge surrounding the holiday processions and purpose. Mazyck believes more people should take advantage of the celebrations, as Kwanzaa is an avenue to reconnect with one's African heritage and African-American identity. "Kwanzaa should definitely be more widely celebrated because it allows us to reflect on lifestyle choices and how we want to continue or change our ways into the New Year," Mazyck says.

Kwanzaa is based on history-rich principles and reflection on the trials many black people have endured throughout history. The holiday is a tether for many in the African-American community to their roots. Kwanzaa celebrations usher in the New Year, and illuminate the importance of unity, remembrance and planning for the future. Although Kwanzaa's principles are not well known with the majority of the population, the holiday serves a huge purpose for those who partake.