"Halloween Ends" without a bang 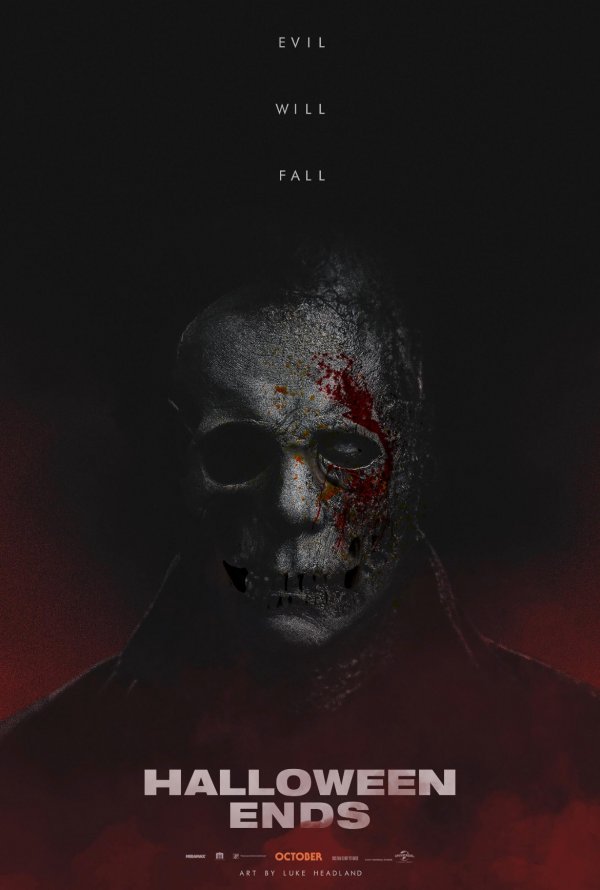 “Halloween Ends” their reboot trilogy with another sad attempt at trying to grasp at the nostalgia attached to the franchise. Micheal Meyers (James Jude Courtney) is a crazed killer who wants revenge against his sister and will slaughter any unsuspecting teens standing in his way. The first installment in 1978 birthed the modern slasher genre and Hollywood has been milking Micheal Meyers ever since.

Despite how overly saturated the series has gotten, Meyers still manages to pull in crowds. The movie blew its competitors out of the water in the box office and raked in a whopping $41.3 million.

Unfortunately, its stellar numbers don’t reflect how fans and critics alike feel about the reboot trilogy as a whole. Director David Gordon Green directed its predecessor “Halloween Kills”, which disappointingly suffered the same fate as the newest installment: big sums of money and poor reviews.

The movie takes place four years after the rampage committed in its forerunner. Fan-favorite Laurie (Jamie Lee-Curtis), the bravely defiant sister of Micheal, seems to have recuperated from Meyers’ last visit and is happily living with her granddaughter Allyson (Andi Matichak). She no longer allows the memory of her evil brother to weigh her down and is living her life freely.

Her harmonious life is abruptly altered when neighborhood boy Corey Cunningham (Rohan Campbell) is charged with the murder of a child he was baby sitting. Laurie can smell Micheal’s fingerprints all over the situation and begins her final fight.

Lee-Curtis delivers strongly (or another, as she always does in this franchise. She has spent so much time playing Laurie and her bold screen presence conveys the ease and comfortability she has with the role.

Unfortunately, Lee-Curtis's acting is one of the few bright spots throughout the film. She manages to squeeze out a decent performance out of an obviously rushed script. Writer Paul Brad Logan skips over developing characters in an interesting way and decides to focus on a rudimentary love story. Even with the film’s unnecessary focus on this, the script still can’t manage to make the affair interesting.

The lackluster writing of the flick is coupled with shabby camera-work. John Carpenter’s original “Halloween” (1978) brought about new ways to frame horror movies; they stepped away from claustrophobic shots and started using wider frames to emphasize the setting of the killings.

Green and his crew attempt to mimic this polarizing effect and approached the film with an experimental lense. However, Their ambition only amounts to poor lighting, clunky editing and inconsistent color grading.

The creators also attempt to apply their exploratory attitude to the character of Michael Meyers. They try to separate this movie from the rest of the “Halloweens” and try to show how Meyers is a product of his environment as opposed to being innately evil. While their ambition is admirable, a reboot of an iconic pioneer like “Halloween” is not the right place to apply it.

Reboot movies very rarely are able to live up to the original’s impact. So, it’s not surprising that “Halloween Ends” doesn’t meet expectations, but this movie goes beyond a bad reboot. No one should try to “renovate” Meyers and should stay with the usual Halloween formula. A simplistic plot and fast pace allows Meyers, the obvious star of the story, to shine and do what he does best: unsubstantiated butchery.

Even with all the flaws it possesses, the film crew still captures a handful of entertaining kills. Meyers manages to make each of his killings more twisted than before and gives the audience somewhat of a reason to stay in their seats to endure the rest of the film.

“Halloween Ends” is a rushed money-grab that is taking advantage of the legendary status that the original masterpieces managed to achieve. The original “Halloween” had a $300,000 budget and created a timeless classic, while big Hollywood gives tens of millions to cheesy reboots. Hopefully, Hollywood will let Meyers rest and this monstrosity is truly the end.

Halloween Ends, rated R, was released on Oct. 15 and is now playing in theaters, including Regal Majestic Stadium 20 & IMAX, AMC Wheaton Mall 9 and AMC Montgomery 16. You can also steam it on Peacock