Get spooky with these horror classics and hidden treasures

With October 31 lurking just around the corner, it is now time to prepare for my favorite holiday. Although decorating houses, carving pumpkins, following people around at night dressed like a clown and choosing which candy to give out all pass the time, the best Halloween activity is a movie marathon.

Included is an entirely subjective list detailing some of the best movies to ever grace my TV on All Hallows' Eve so that everyone can participate in this yearly ritual of mine, preferably in costume, alone, late at night. Movies that can be found on Netflix are in bold.

Goosebumps (TV show) The Haunted Mask Parts 1 & 2
Although the rest of this list isn't in any particular order, The Haunted Mask deserves its spot at the top because not only is it the only permanent fixture in the marathon (I've been watching it every year for about ten years) but also sums up what's best about Halloween. This classic from the Goosebumps TV adaptation has everything. Evil curses, trick-or-treating, a graveyard and even Canadian accents. What more could anyone want?

Fright Night (1985)
When it comes to cheesy 1980s vampire movies, Fright Night takes the cake. This criminally underrated tale concerns a teenage boy who suspects his new neighbor is a vampire. Horrifying hijinks ensue and, while dated, the practical effects and synth soundtrack that plays throughout are amazing, which create a perfectly chilling atmosphere.

Halloween (1978)
What kind of a Halloween marathon would this be without Halloween ? Creator John Carpenter's classic horror film is not only highly influential, responsible for groundbreaking tropes, techniques and an inspiration for a new wave of movies in the genre, but also a great film in its own right.

Shaun of the Dead (2004)
Simon Pegg and Nick Frost's first film in their Three Flavours Cornetto Trilogy is a zombie-comedy movie, balancing witty British humor with actual scares. A staple of my yearly marathons, the fact that I actually went as Shaun the last time I ever trick-or-treated is a testament to how much I love this movie. Besides being written and paced nearly perfectly, the gags remain fresh after many (some may say too many) re-watches. 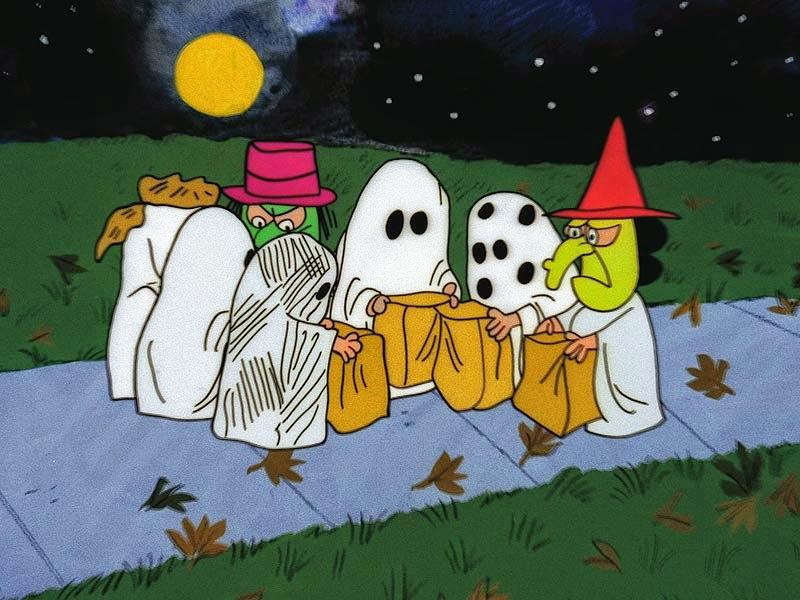 Photo: It's the Great Pumpkin, Charlie Brown is a Halloween classic

Photo: It's the Great Pumpkin, Charlie Brown is a Halloween classic

Creep Show 2 (1987)
With both George Romero and Stephen King's names attached to the second installment in this anthology series, one would expect Creep Show 2 to be... creepy. Unfortunately, due to poor writing and completely ridiculous premises it falls flat. Luckily, these flaws actually work to its advantage, creating one of the funniest movies I've ever seen in my life. In fact, the scariest thing about this movie is you might laugh so hard you'll die. Or forget to pay your taxes.

Tucker & Dale vs. Evil (2010)
This horror-comedy scratches your trope subversion itch by taking the all-too-familiar story of teenagers being attacked by killers while camping, by telling the story from the alleged slashers' (who are in reality just a couple of rednecks excited to go camping) perspectives. Alan Tudyk and Tyler Labine's chemistry and timing really make this movie, bringing a bit of much needed levity to a marathon filled with the macabre.

House on Haunted Hill (1959)
The oldest movie on this list is campy horror at its best. Vincent Price stars in this classic, in which a group of people must spend a dark and stormy night in a haunted house. Accompanied by eerie organ music and filled with twists around every corner, this ghostly murder mystery is definitely worth watching. 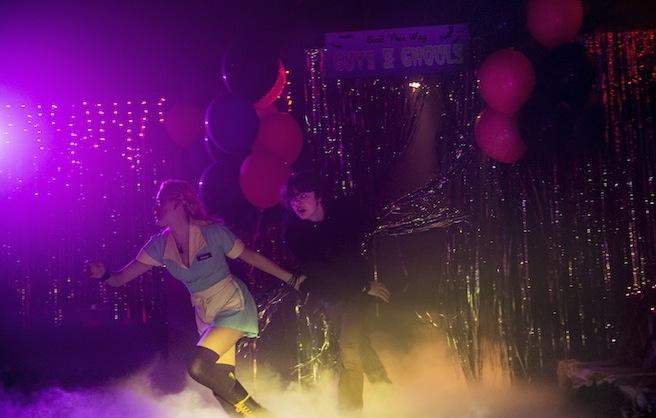 Photo: The Guest is a newer addition to the Halloween movie marathon.

Photo: The Guest is a newer addition to the Halloween movie marathon.


The Guest (2014)
Although relatively recent, the spirit of its predecessors (most notably John Carpenter's Halloween ) is very much present in this overlooked Netflix jewel. Taking place in small town during the days leading up to Halloween, The Guest is a thriller that incorporates aspects of classic slasher movies, while retaining a unique plot and style. Beautiful cinematography featuring vibrant neon lights and a haunted soundtrack make this stand out in a genre currently saturated with uninspired shots and shaky cameras.

The Cabin in the Woods (2011)
Much like Tucker & Dale vs. Evil , this modern horror classic mocks the often forced clichés that seem to consume most other movies in the genre. This is a movie best watched without knowing the premise beforehand, so I've got nothing else to tell you other than The Cabin in the Woods is absolutely worth watching for any horror enthusiasts.

Tales From the Darkside: The Movie (1990)
Like Creep Show 2 this is another horror anthology that doesn't take itself too seriously. Sure it may take itself more seriously than Creep Show 2 , but let's be real that isn't saying much. These three tales tiptoe between being spooky and ridiculous, resulting in an interesting watching experience, if not a particularly good movie. Bonus points for Steve Buscemi reanimating a mummy.

Bubba Ho-Tep (2002)
Speaking of mummies, this film stars legendary horror actor Bruce Campbell as an older Elvis Presley living in a nursing home. Luckily for him (and us) this dull home hides a terrifying secret: an ancient mummy intent on terrorizing the elderly. Bubba Ho-Tep is another one of those movies you're just going to have to trust me and watch.

The Lost Boys (1987)
With a plot based around teenagers, a hip (at the time) soundtrack and a setting on the beautiful coast of Northern California, The Lost Boys seems more at home in a summer movie marathon. And it absolutely would, if it wasn't for all the darn vampires.

Halloweentown (1998)
As someone deeply enthusiastic about Disney Channel Original Movies, I can confidently say that Halloweentown is one of if not the best. A feel-good reminder of a time when you could sit down with your friends at the end of a long night in a sweaty costume and rifle through your favorite candies, this nostalgic trip down memory lane felt like an appropriate ending to the list.

Honorable mentions:
Alvin and the Chipmunks meet the Wolfman
Army of Darkness
A Nightmare on Elm Street
Body Bags
Dawn of the Dead
Donnie Darko
Dracula (1931)
Hocus Pocus
It Follows
Killer Klowns from Outer Space
Night of the Creeps
Night of the Living Dead
ParaNorman
Prince of Darkness
Re-Animator
Sleepy Hollow
The Evil Dead I
The Evil Dead II
The Fly (1958)
The Legend of Hell House
The Shining
The Wolf Man (1941)