The Gender Identity Bill, 23-07, passed by the Montgomery County Council last November, seemed to promise to ease the troubles of those with gender identity disorder. The bill adds gender identity, or an individual's self-conception as male or female, to the county's many categories of non-discrimination laws, preventing discrimination against transgenders or cross dressers in housing, employment and public accommodations. This legislation is neither new nor shocking, and the passage of the Gender Identity Bill added Montgomery County to the list of over 100 jurisdictions that include gender identity in their anti-discrimination laws. 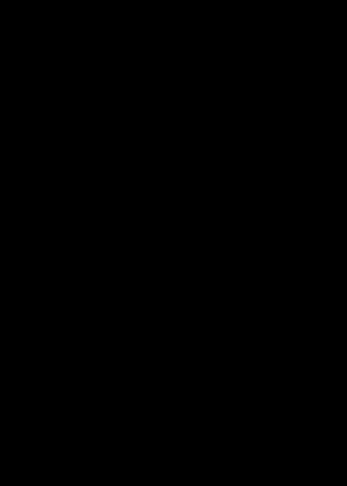 Photo:
Dana Beyer, senior policy analyst for Maryland Councilmember Duchy Trachtenberg, understands firsthand the torments that come with being transgender. Beyer made her formal transition in January 2003, but says that she knew she did not identify with her physical gender at age seven. She feels "relatively blessed," but still, she says she has lived in "psychological misery." According to Beyer, many of her friends' and colleagues' lives have also been plagued with disorder; some of her acquaintances have been thrown out of their homes, unable to find jobs or fired simply because they were transgenders. "The lives [of the transgender] are always at risk for hate crime," she said. According to Hate Crimes Bill, an organization dedicated to supporting bills against hate crimes against lesbians, gays, bisexual and transgenders (LGBT), 16 percent of hate crimes committed in the United States are against LGBTs.

Transgenders and cross dressers are people just like anyone else, and the Gender Identity Bill, if implemented, would outlaw discrimination and alleviate some of the pains and difficulties in their lives. Unfortunately, the bill's proposal last September, inflamed opponents have fought long and hard to keep it from being passed. After the County Council and County Executive Ike Leggett (D) approved the law, one of the bill's opponents, the conservative group Citizens for Responsible Government (CRG), collected enough signatures on a referendum petition to put the bill on hold. On March 7, the Board of Elections (BOE) certified 32,000 signatures, with only 25,001 required to pass a referendum petition, on the CRG's petition.

The major opponents of the legislation argue that it is immoral for the bill to allow "biological men" into women's locker rooms and bathrooms. The proposed bill originally contained a clause that allowed persons equal use of locker rooms and similar facilities based on their perceived gender identity. However, this section was removed before Leggett approved the bill, and the current legislation now contains no language that deals specifically with these types of public facilities. According to Beyer, no laws – in any states, districts or localities – exist that deal with which biological gender enters which bathroom. Opponents of the bill only use the now outdated locker room clause as a way to whip up controversy, when really their problems lie in other sections.

Being a "biological" man or woman goes beyond just having the corresponding body parts. A person's mindset, or idea of what gender they are, influences their preferred lifestyle. This mindset is the dominant factor affecting the way they live their life, not what their physical appearances demand. Anyone should be able to live the life they want to have; being a transgender or transvestite is simply a lifestyle decision. Discrimination against the transgender because of this decision is baseless – no one has the ability to dictate how someone else should live his or her life.

After the Board of Elections approved the CRG's petition, proponents of the bill sued, and a trial has been set for June 11 and 12, where a Maryland Circuit Court judge will determine whether the signatures will be thrown out. Should the judge reject the signatures, the bill will not make its way to referendum this November. Beyer said that historically, it has been very difficult to get bills on referendum, and the transgender bill will likely be no exception. "There are high standards to be met," she said, citing the strict rules in the states of the law that make repealing especially difficult.

The entirety of the bill has no clause and no section that should be objectionable. The legislation simply adds gender identity to the categories in the existing non-discrimination laws, some of which include race, gender and disabilities. People with gender identity disorder are entitled to the basic rights - equal opportunity hiring, housing and public services - that this bill protects. They should have the freedom to live their lives without fear of harassment and hate crimes.

The bill's standstill due to the CRG's petition and the back-and-forth court action need to end, allowing the bill to finally be enacted. Discrimination against transgenders is just as unethical, egregious and baseless as discrimination based on race, gender or disability, and these practices must be stopped.