Helping out with college and beyond

How the ACES program helps Blazers prepare for the future

The achievement gap has been a long-standing problem, but the Achieving Collegiate Excellence and Success (ACES) program attempts to narrow that gap. Blair currently has 120 students in the county-wide program to help high schoolers and future college students who may not have as many opportunities to find information about colleges through workshops and other resources.

The program starts with a summer program to help familiarize students with the process. As the program continues through the summer after sophomore year and beyond, Blazers meet up with ACES coaches to discuss the next steps such as college visits and scholarships. 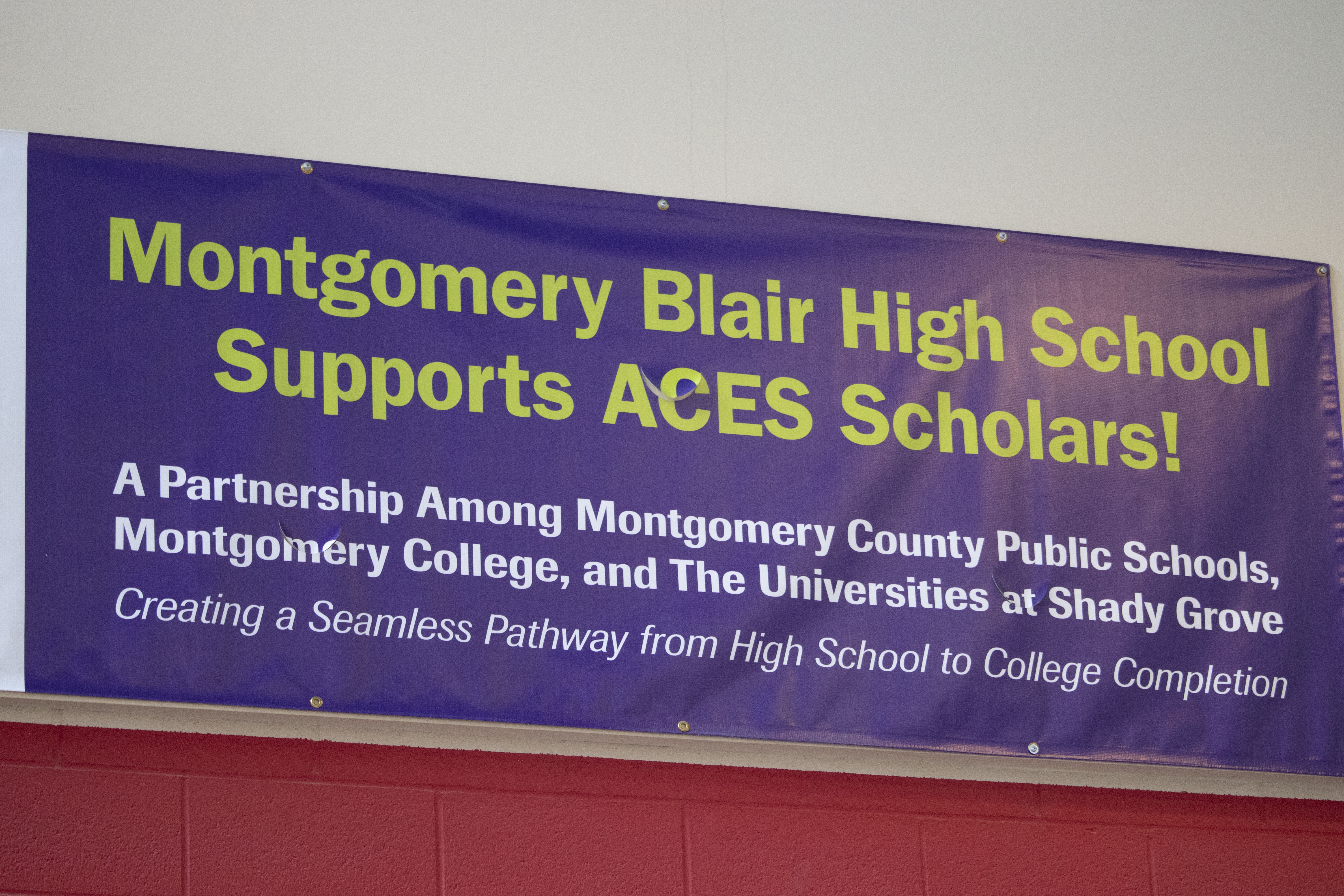 Rising junior ACES students spend two weeks at their nearest Montgomery College campus attending workshops on subjects such as the SAT and financial aid. Activities also include team-building exercises to help acquaint students with each other. "There's academics involved, but we do team building, because we also want students to get to know one another. We want them to have fun," ACES coach Jeanette Rojas says.

Rising seniors participate a more intense program at one of the Universities of Shady Grove. Blazers spend two-and-a-half days in workshops on professionalism, leadership and career exploration. There is also a job fair where students can explore career options, talk to professionals and participate in activities simulating real-life situations in those careers. "It's a little bit more hands on, which the students really enjoy," Rojas says.

During the school year, students attend more workshops and ACES meetings to stay informed on various scholarship and financial aid opportunities. Students also get materials such as SAT prep books for free. In addition, students go on college visits, with three tours to different colleges this past year.

The amount of time a student spends with his or her ACES coach varies. Students aren't required to meet with their coaches, but it is strongly recommended they do so. While some may visit on a weekly basis, it is not mandatory. Students with busy schedules can also use the GroupMe app to check for information the ACES program provides. "I don't have time to go to the office because my schedule is really full, but we get notifications on the GroupMe app about field trips or if we need to sign up for anything, they provide a lot of aid with anything we need," junior Lauren Lim Chee Yung explains.

While the program does encourage students to enter the college level ACES program and spend two years at Montgomery College and two years at the Universities of Shady Grove, ACES students are free to pursue other options past high school.

Some ACES students feel a bit less familiar with these new coaches. Students haven't had the chance to get to know their current ACES coaches as well as their previous one and aren't as close to the new coaches yet. "I was really close to Mr. Medrano, and he helped me out a lot. I don't really know the new ACES coaches, so I don't feel as comfortable talking to them," junior Christian Panihua explains.

The ACES program has come a long way in its mission to inform students about how to navigate life beyond high school, whether it be in college or down another path. While the current ACES coaches at Blair may be less familiar with students, as they continue to help Blazers take their next step, the future of ACES looks bright.