Where only first names appear, names have been altered to protect the identity of the source

When Justin has down time after doing schoolwork, he likes to wind down by smoking a joint. This is one way Justin relieves his own stress in a tumultuous junior year that is filled with long essays and difficult math problems. Once or twice a week, Justin likes to forget about all his schoolwork for a few hours, take a break and smoke a joint. Avery is in a similar place. He smokes marijuana multiple times per week. Despite their regular drug use, both students have weighted GPAs well above a 4.0, and both are able to challenge themselves with AP and honors classes. They consider themselves exceptions to the stereotype that drugs hinder a student's performance in school.

Oftentimes, consistently doing drugs hurts students academically.
A study published in the New England Journal of Medicine links marijuana use to lower measured intelligence levels and less focus in school. It also found that kids could also face long-term effects if they overuse. Justin thinks that many kids go too far. "If you can't control how often you do smoke, it's really easy to get a bit lost, but if you can keep that balance you're good. I think a lot of kids get lost in the reward pathways and the good feeling, and they forget their responsibilities," Justin says. 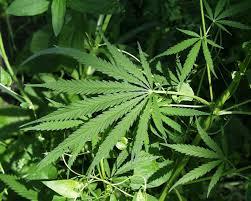 In Justin's mind, the kind of people who get high often don't have the desire or will to get all their work done. But for those kids who are capable of achieving good grades, Avery believes their inability to regulate their drug use will drag down their grades. Even if a student is achieving with high grades, assistant principal William Currence thinks that that student is not reaching their full academic potential. "Maybe some students who are functioning at a given level are content with not performing at their best level. A student who is still getting A's while consistently doing drugs is not challenging themselves enough, not reaching their full capacity," he says.

Avery considers himself to be an exception to the stereotypical drug user. When he sees his work habits starting to drop from overuse, he says he can cut back and control how often he smokes. Avery also sees that, although drugs make him feel good, his quality of work tends to go down when he smokes. Justin says he knows himself well enough to determine how much time he needs to master each subject.

Currence says he understands that every student is different and that their reasons for using drugs will be different, explaining the difference between distress (negative stress) and eustress (positive stress). To cope with that stress, many go to drugs for the 'reward pathways' that Justin says attracts users. But Currence argues that using these coping mechanisms can cause more stress. "It's like a set up. Some are more capable of dealing with their distress, but others don't have coping mechanisms. They have no way out other than drugs," Currence explains.

Without smoking marijuana, Avery thinks his work quality improves, but not necessarily his grades. Avery had previously been caught doing drugs and had been forced to give up the habit. "Sophomore year I got caught, and for three months I went completely sober. I felt my work was better, even if my grades didn't reflect it. I would consider cutting myself off again if I'm not able to focus as much," he says.

Time management and maintaining work habits are crucial, especially for Justin, who often stays at school late for after school activities, and can't start homework until late, leading to late nights. On days when Avery decides to smoke, he knows he needs to knock out the work first. When he keeps his work until later, Avery knows he's in for a long night. "It leads to me being up later and the lack of sleep is what really affects me in school, not the aftereffects of smoking the night before," Avery says.

Justin mostly smokes on the weekend, and even then he knows to do his homework before getting high because the hangover lasts for a while. He finds it harder to produce good work under those conditions. He compares it to trying to get work done while sick. Although most times Avery gets high he does not try to do work, he has tried a few times. "I tried to write an English essay while high but I only remember getting down some illiterate string of words before giving up," Avery laughs.

While a lot of other students let their drug use bring down their grades, Justin and Avery are not alone. Some students have figured out how to keep their grades up while still getting high. Avery and Justin are generally able to manage their workloads and still have time to get high a few times per week. But this can come at a cost. Avery has had his fair share of groggy hangovers and late nights doing homework. But he and Justin say that they know how to manage their grades, and are aware of the consequences that can follow if they don't. "It's a great stress reliever and a great escape from the stress of school, but if you get lost in it, it can become a downward spiral," says Justin.