Hip-Hop History and Culture class to begin next year

The class will dissect different eras and impacts of hip-hop in the U.S.

Social studies teacher Kenneth Smith is piloting a Hip-Hop History and Culture class at Blair during the 2019-2020 school year. Smith, who grew up in the "golden era" of hip-hop in New York, brainstormed and proposed the class this year after realizing that hip-hop is rarely studied in high schools. "For years, I always integrated some aspect of hip-hop into my [social studies] classes," he said. "I thought to myself, this class and similar classes are taught at colleges all over the country but very few are taught at the high school level." ﻿ 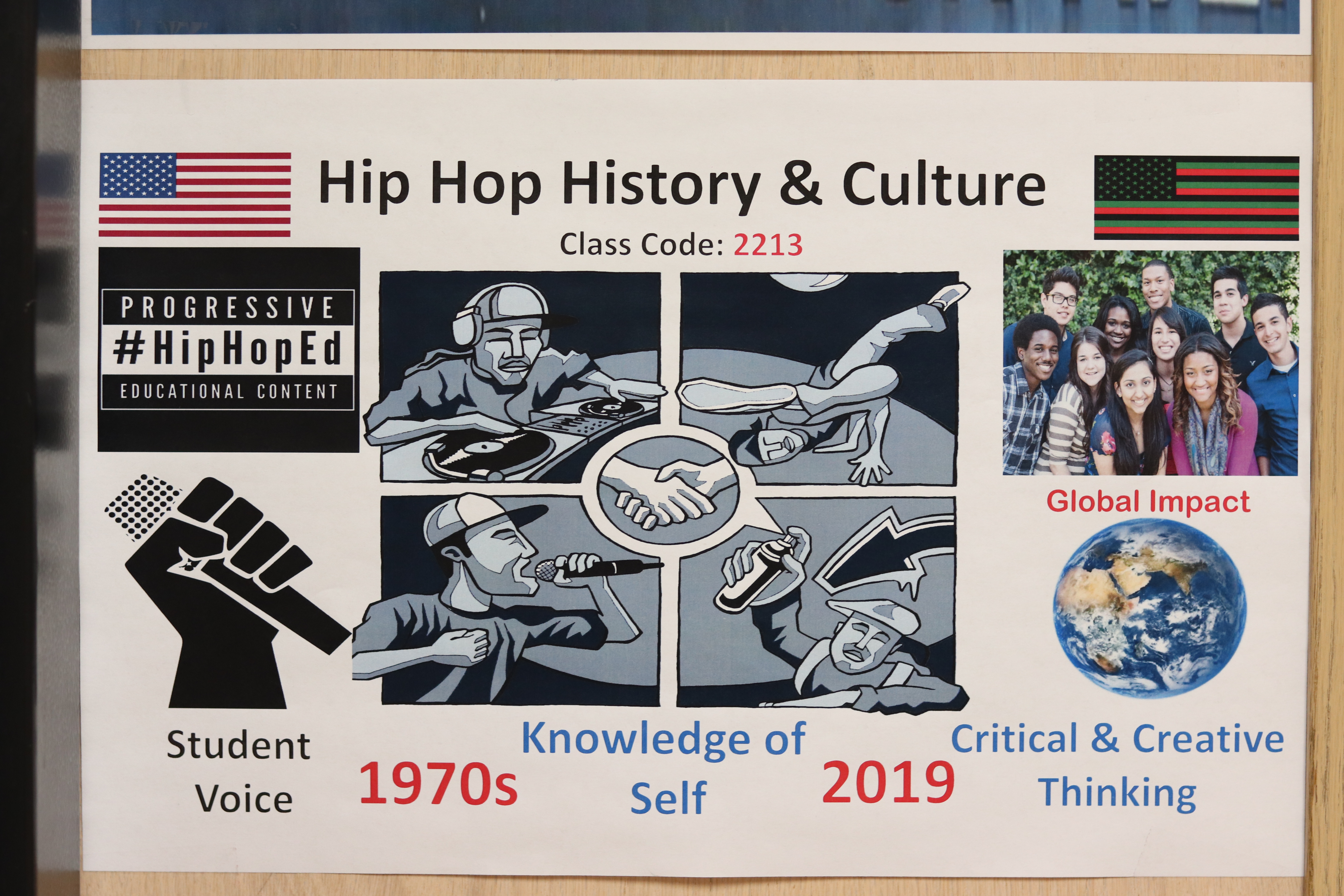 Photo: Social studies teacher Kenneth Smith is piloting a class on hip-hop history and culture during the 2019-2020 school year.

The class will focus on a variety of topics related to hip-hop, Smith said. From the connections between hip-hop and African-American oral tradition to the adoption of hip-hop in Asia, Africa and Europe, Smith plans to appeal to a variety of student interests and help Blazers dissect the meaning of hip-hop music. "We're also going to look at the socio-political context that created the culture in the Bronx… and look at misogyny in the [hip-hop] culture," Smith added.

Smith's goal for the class is to take students' enjoyment of hip-hop to the next level. He noticed that many of his students over the years were immersed in hip-hop but did not know about its deeper meaning, roots or implications, and aims to change that through the content he will cover. "For those that are connected to hip-hop, I want them to understand that there is an intellectual component to it. I want them to be able to deconstruct and look critically at the culture," he explained.

Smith's class has garnered attention on social media and in local news outlets like Bethesda Magazine, as well as through a YouTube video he posted explaining the inspiration behind the class and the issues it will focus on. Smith is happy about the reactions to the class so far and said he is not discouraged by the few individuals who are doubtful about the academic value of exploring hip-hop. "I'm pleased with the press response — for the most part, it's been overwhelmingly positive," he said. "There are some adults who have legitimate concerns about hip-hop being taught inside a school, but I think those detractors don't really understand the entirety of the culture."

"[I'm excited for] the unknown," Smith said of the class. "This is something that's new in Montgomery County… and anything could happen." Despite the unpredictability, Smith hopes he can reach many students with the class and share his passion for the complex history and culture behind hip-hop.