Ben's is a small place that looks like it was installed in a building that used to be a Nickelodeon theater. When you walk in, you are greeted by an almost constant sizzling sound of fryers and huge cauldrons. The place looks like it hasn't been remodeled since the day it opened. On your right is a long counter that reaches almost all the way into another room. On your left are two ATMs followed by a series of booths and a couple of tables. Beyond the counter there is a jukebox, right next to a door that leads into a room full of history and prestige. There are several tables set up, and hanging from the walls are pictures of celebrities that have visited, including Chris Rock, Dave Chappelle and Bono from U2. There are stools lining the counter with a clear view of the many grills, vats and stoves that Ben's uses to make some of the best chili around. 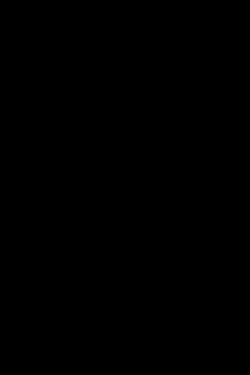 Photo:
Another remarkable thing about Ben's is the service. When you walk in, you wait in line until you get the attention of one of the counter workers. When you order, instead of shouting your order to the chefs, they turn around and make it themselves. Then you sit down or wait by the counter until they call you up. After that, you can go straight to eating — you don't pay up front. Normally in a place where you order and receive your food over a counter, you pay as you get your food. But at Ben's, the honor system is the house custom — another thing that makes it an authentic, friendly and community-oriented restaurant.

The menu is typical diner fare — eggs, sausage and pancakes for breakfast, hamburgers, hot dogs and fries for lunch, and lunch for dinner. The only difference is that at Ben's, everything is overflowing with spicy, full-bodied, homemade secret recipe kick-in-the-pants chili. They serve it by the bowl and smother with chili the hamburgers, hot dogs, half-smoke sausages and, yes, even the fries!

These lunch items are particularly tasty. The chili cheeseburger is a good, solid dish. While not extraordinary, it is literally dripping with chili, adding a hearty kick to the beef and cheese. Onions add more flavor to the whole thing, and the beef in the chili works in tandem with the patty to create the ultimate meat experience. But overall, the burger is rather unspectacular — it's the chili that makes it memorable.

The slogan of Ben's Chili Bowl is "Our chili will make a hot dog bark." And that it does: on top of another dish or plain by itself the chili is bar none the best in the area. The chili isn't thick or chunky like many recipes tend to be. The ingredients are few but the taste is huge. It is meaty and spicy with a rich, earthy undertone created from the beans and subtle tomatoes. Over french fries, the chili seems to melt and mingle with the cheese for the ultimate guilty pleasure appetizer. However, there is one anomaly in the overall pleasing menu: the vegetarian chili, which tastes bitter. Maybe it was a bad batch, but most probably just a bad recipe. In this situation, the meat is a must.

The service is excellent, if slightly old fashioned. As was mentioned earlier, your cashier, cook and server are all the same person, so your order will never get lost in translation. Food is priced around five dollars per dish, so with drinks a dinner for four will come to around 25 or 30 dollars.

Another remarkable thing about Ben's is that while it has many fast food qualities, it does not conform to many fast food norms. For instance, it has not taken steps to change its menu for the health-conscious customer. Nor has it changed its appearance, taste, recipe, decor or, for that matter, anything. The tables are still chipped and there is exposed brick everywhere. The juke box is strictly "old school" rhythm and blues. Being unfashionable and outdated is part of what's great about the place — Ben's knows its place in DC history and is happy to just keep doing what it does best.

And that, coupled with its legendary chili, has kept the masses coming. Not only neighborhood people show up there, and it's not just the regular diner crowd who eat at the Chili Bowl either. Mealtime at Ben's attracts a broad range of people, from casual locals stopping in for a bit and a chat at the counter, to young professionals who come in throngs dressed in their Friday night best.

The glory of Ben's is its stubbornness. It does not strive to be a fashionable restaurant with a diverse menu and extensive decoration. In fact, it strives to be nothing but what it has been for the past 47 years: a greasy but delicious haven of history, community, plastic utensils and damn good chili. Once you step into Ben's, you'll be counting the days until you have your next Bowl.