Hobbs and Shaw prove to be both fast and furious

Step aside, Bonnie and Clyde… there’s a new dynamic duo in town. Luke Hobbs (Dwayne Johnson) and Deckard Shaw (Jason Statham) prove that there is no situation they cannot get out of in “Fast and Furious Presents: Hobbs and Shaw.”

The film starts by introducing a group of MI6 agents who are trying to take back Snowflake, a deadly virus that can be manipulated to kill millions of people, from terrorist organization Eteon. Brixton Lore (Idris Elba), a part-human, part-robot Eteon operative kills all the agents except Hattie Shaw (Vanessa Kirby) who escapes. Agents brief Hobbs and Shaw, Hattie's brother, about the missing virus and they then have to work together to track it down, much to their dismay.

Since 2015’s Fast and Furious 7, Hobbs, an agent of America’s Diplomatic Security Service (DSS) and Shaw, a former British elite operative, have hated each other with Hobbs even turning Shaw in. In this film, they finally come together, but miss no chance to try to look superior in comparison to the other.

From Los Angeles to London to Moscow to Samoa, this movie is truly larger than life. It is loaded with all the characteristics of a perfect action movie—high speed car chases, fist fights, unrealistic situations and constant humor.

Director David Leitch does a phenomenal job with his vision for this film. The stunts and camera work allow for some of the best vehicle and hand-to-hand action sequences viewers have ever seen.

Hobbs and Shaw’s hilarious rivalry is the film’s crowning touch. The stark difference between them is evident from the start. Shown in split screen, Shaw is featured driving a sports car in rainy London while Hobbs zooms through sunny Los Angeles on his motorcycle. Their constant petty banter makes the movie unique. Not only are they up against the enemy, they are also up against one another. 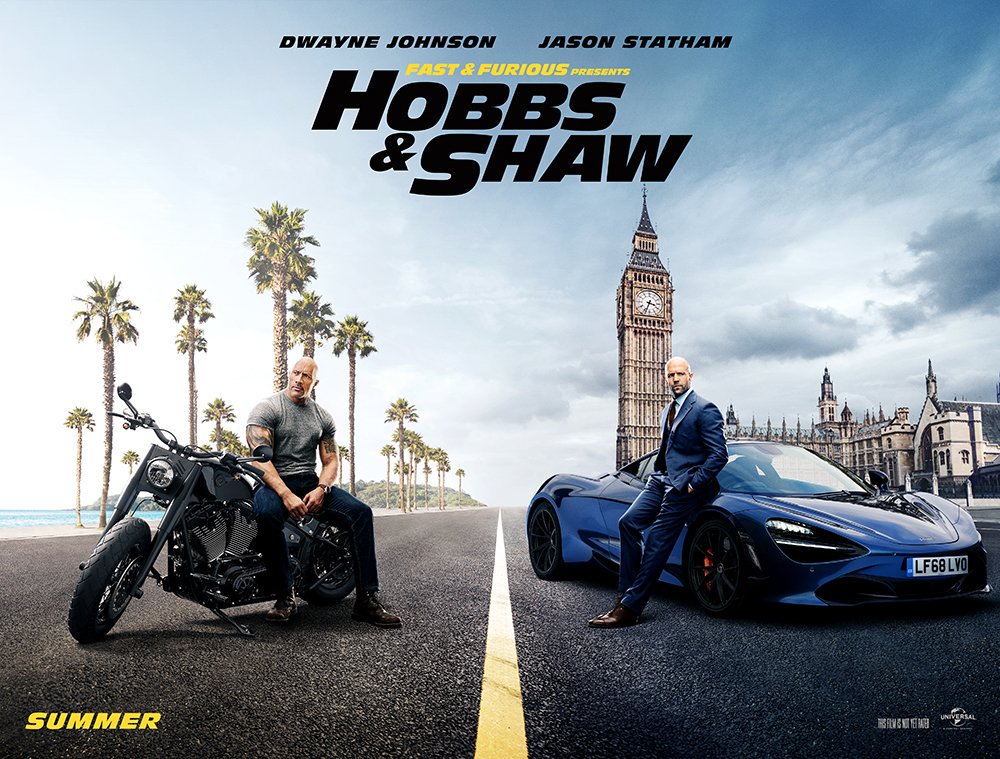 However, the movie falls short when compared to the rest of the “Fast and Furious” franchise, especially because of Vin Diesel and other integral cast members’ absence. ﻿

The plot is extremely exaggerated, creating several loopholes. In Fast and Furious, there was a larger cast who joined forces to fight a smaller evil. In Hobbs and Shaw, the reverse occurs —only Hobbs and Shaw are up against a full-fledged, technologically-advanced organization.

Luckily, the movie stands alone. It is not necessary to have seen Fast and Furious 1-8; the only advantages of seeing these films are understanding the exact reason for the conflict between Hobbs and Shaw, as well as the minor references at the end.

For those looking for a movie that is an action masterpiece, “Fast and Furious Presents: Hobbs and Shaw” is the right fit. Without a doubt, it is the best action film to come out following Tom Cruise’s MI6 in 2018. On the other hand, hardcore Fast and Furious fans can look forward to Fast and Furious 9, the ninth installment in the Fast and Furious franchise, which is hitting theaters on May 22, 2020.

Fast and Furious Presents: Hobbs and Shaw is rated PG-13 for lengthy action scenes containing violence, suggestive material and some explicit language. It is playing at Regal Majestic & IMAX in Silver Spring and ArcLight Cinemas in Bethesda.