Budget debate widens the divide between Democratic lawmakers and the Governor

To the disapproval of Governor Larry Hogan, the Maryland General Assembly's $40 billion budget passed on April 13th, with $68 million allocated for Maryland public schools. The budget has widened the split between Maryland's democratic legislators and Hogan, who recently planned to funnel the money for schools into the state pension plan.

The $68 million that has been allotted due to the compromises between Hogan and the Democratic-leaning General Assembly amounts to just half of the money schools should be getting, according to Maryland's Geographic Cost of Education Index (GCEI), the formula used to determine compensating parts of the state.

Hogan believes the state's education system should not be given the extra money over the state pension plan, stating that this action would be "absolutely irresponsible, and it will not happen on [his] watch." 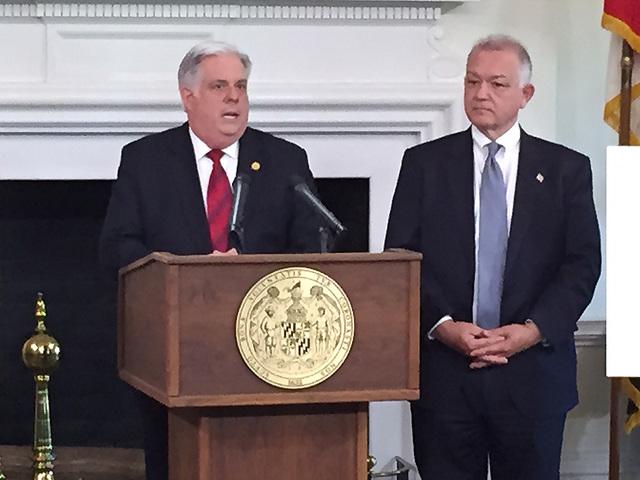 The General Assembly put funding restrictions in place in order to prevent Hogan from spending the GCEI money elsewhere. They put a law in place stating that GCEI money that is not used has to be used for restoring the GCEI at a later date, as well as another law stating that GCEI spending would be mandatory in fiscal year (FY) 2017 if Hogan did not fully fund it in 2016.

Hogan and the General Assembly agreed that the amount set aside for the rainy day fund would go to the state pension in FY 2018, but this would still cap the spending at $50 million.

Blair assistant principal William Currence believes Hogan's motives are not completely unfounded. "The state financial situation is not strong," Currence said. "We don't have unlimited money, and Hogan has to decide what is most important to prioritize spending on."