Hollywood East Cafe is located in the "Restaurant Row" section of the Wheaton Mall located on Veirs Mill road in Wheaton about a 10 minute drive from Montgomery Blair High School. The restaurant itself seems kind of hidden under a canopy of the mall so it can be kind of tough to find from the outside. The Hollywood East Cafe was not a very big restaurant, it was smaller than it looked but still seemed to fit about 50-60 people on a busy day. 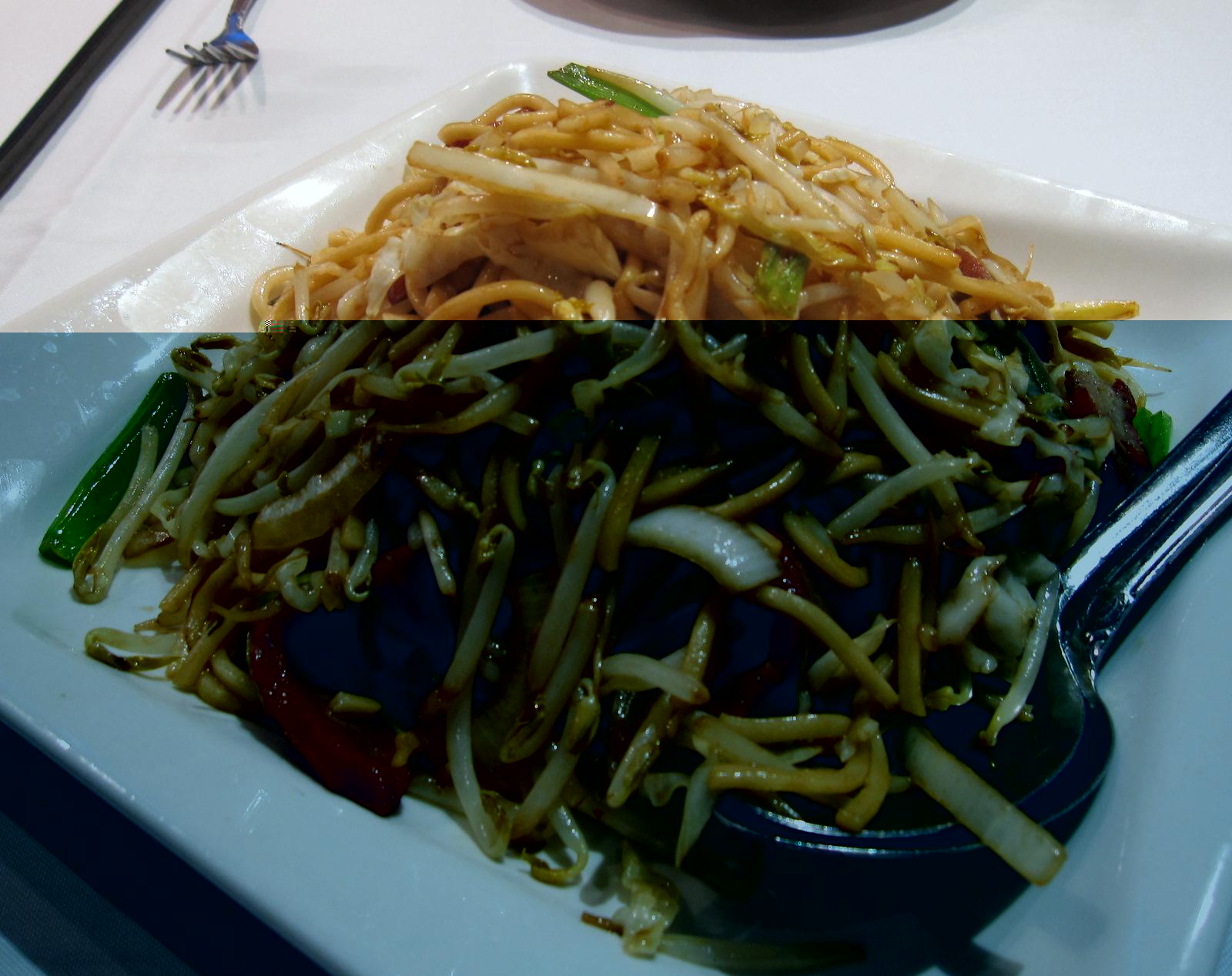 The atmosphere of the place was very stylish with red walls. There were many designs on the walls, most of them being black. Strings were hanging not far from the ceiling and all the tables were black, matching walls very nicely. The service was great and on time. Nearly as soon as I sat down in my seat, the waitress came with water and asked me if I wanted another beverage. I was given a lot of time to order my food without being rushed. My food came a lot quicker than I expected. My take on the food is the following:

Steamed Pork Dumplings
This dish consisted of four pork dumplings. The inside of the pork was good but could have been spiced more. It also is not as big of a quantity as I perceived beforehand but priced cheap accordingly.

Moo Shu Vegetables
This dish was just like a moo shu chicken dish, expect obviously without the chicken. The vegetables were very diverse and had a nice moo shu sauce on them. They came with mini tortillas to make a wrap; plum sauce was available on the side. It was delicious.

Small Wonton Soup
This dish comes in a bowl smaller than I had originally expected. However, it was one of my favorite dishes of the day. The wontons were great and the broth was awesome as well. It was perfectly flavored with scallions in the perfect quantity. The broth did not seem that great on its own, but complemented the wontons in a great way.

Butterfly Shrimp with Bacon
Although it was one of the most expensive dishes on the menu, the great taste and presentation are worth the price. The bacon adds a lot of flavor to the butterfly shrimp decorated in an amazing sauce.

Vegetable Lo Mein
This dish consists of vegetables in skinny spaghetti lo mein. This was my least favorite dish that I had. It was the only time that the sauce seemed too mild for the vegetables; I wanted something more flavorful there. Also, the vegetables and lo mein did not seem to go very well together. Although the sauce tasted good it just didn't combine well with the other foods in the dish.

Generally, the food I ate at the Hollywood East Cafe was served quickly and without confusion. The dishes I ate were made very well and I enjoyed pretty much all of them. My favorite dishes were the "Steamed Pork Dumplings" because I the pork was made very well and the "Small Wonton Soup" because the flavors coexisted so well in the dish. Overall, the meats and soups were my favorite foods to eat in the restaurant while the lo mein dishes were my least favorite aspects of my meal. In the end, I would summarize the Hollywood East Cafe as a stylish restaurant that has great Chinese cuisine worth tasting.